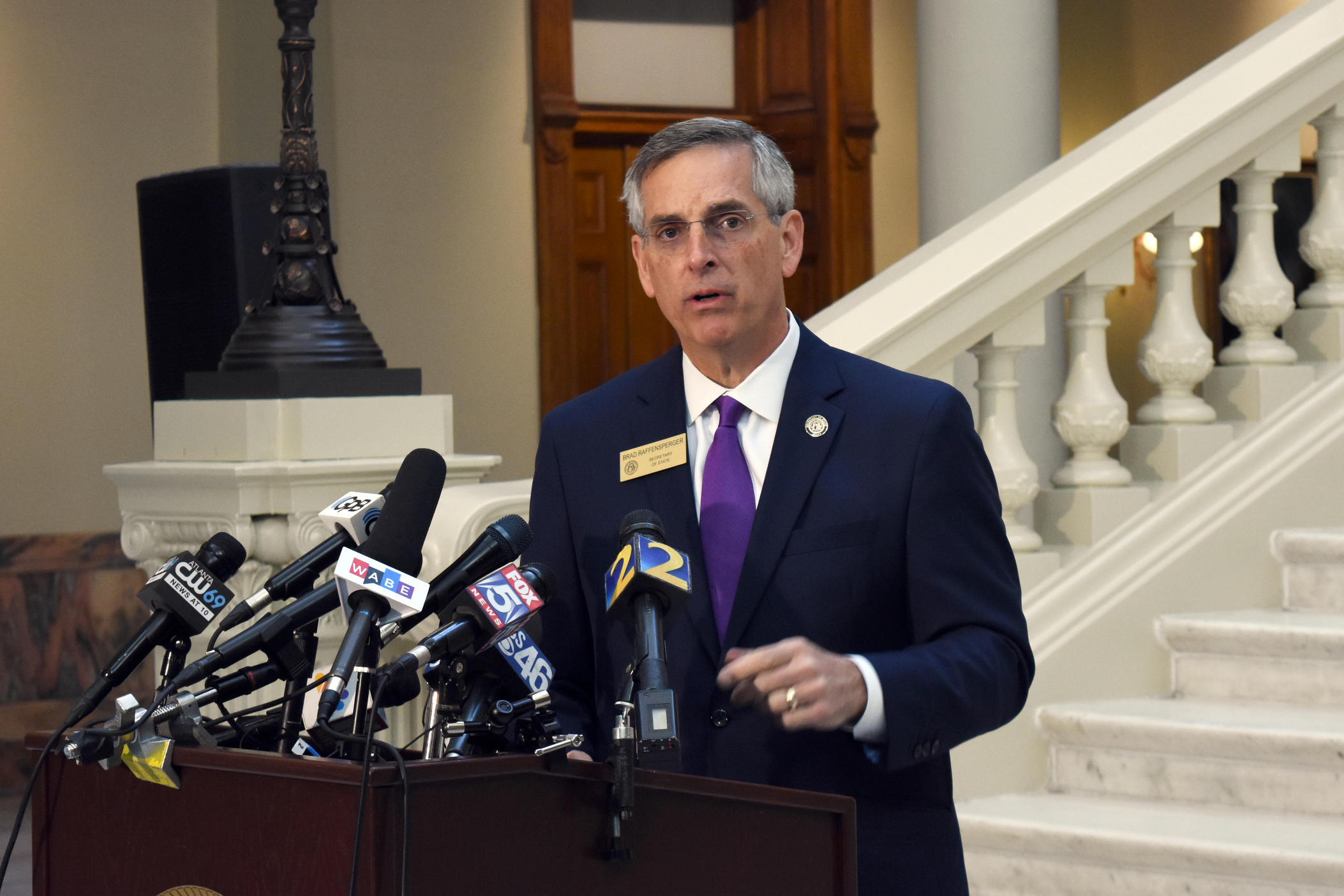 It's been a week since polls closed in Georgia, and it may be weeks until we officially know the winner in the presidential race. On this episode of Battleground: Ballot Box, we take a look at what to expect as the state braces for a recount, and voters prepare for two U.S. Senate runoff races.

Based on projected final totals in the presidential race, many media outlets on Saturday called the race in favor of Democrat Joe Biden.

But there are still some states, including Georgia, where there haven’t been projected winners because of the post-election counting processes, and the drawn-out nature that happens every election has drawn extra scrutiny and controversy.

Though Biden is ahead by more than 12,000 votes of the nearly 5 million that were cast, a margin that is unlikely to substantially change or be reversed, there are still laws and procedures that must be followed before we can legally say who gets Georgia’s 16 electoral votes.

So what comes next?

If you’re one of the millions of people tuning in to Georgia’s vote-counting saga, or if you’ve been following along the whole time, here’s a quick refresher: 80% of Georgia’s votes were cast before Election Day, with about a third of those coming from absentee by mail and the rest during a three-week early voting period.

Once the polls closed Nov. 3, counties switched from running an election to counting it.

A new state election board rule passed this year meant that counties could begin opening up absentee ballots and preparing them to be counted two weeks before Election Day, but a record 1.3 million ballots were returned — including many that arrived just ahead of the 7 p.m. Election Day deadline.

So while most of the votes were in and counted, it became clear pretty quickly that the margin would be close in the race for the White House and U.S. Senate. Georgia has 159 counties with 159 different staffing levels with 159 different voting patterns, so it took some places longer than others to finish.

Normally, people don’t pay attention as counties wait for military and overseas ballots to come in, provisional ballots to be cured and the backlog of absentee ballots to be processed, but the margins in Georgia were set to be so close that many people had questions.

So, the secretary of state’s office held press conferences and sent releases of how many ballots were left to count — that they knew of — and what was remaining.

As the world was watching for any sort of answer about what state might decide the race, Georgia was a particularly appetizing subject. The Peach State hasn’t voted for a Democratic presidential candidate since 1992, and after years of organizing Democrats came within about 55,000 votes of winning the 2018 governor’s race.

This time, as absentee ballots kept being processed, it seemed different as Trump’s Election Day lead was trimmed smaller and smaller.

Emerging from the haze of misinformation has been an unlikely election administration hero — Gabe Sterling, a onetime Republican city council member turned all-things-operations for the secretary of state’s office. For much of the week after the election, he trotted out his laptop and offered quips about vote-counting and provided much-needed answers for a hungry populace.

Taking time to count every vote is not unique to this election, he said, and is why counties have until 10 days after the election to certify their totals are true and correct. As some local officials worked into the night to submit all of their votes, the Secretary of State prepared reporters and Georgians for what comes next while defending the process.

“Right now, Georgia remains too close to call," he said Friday. "Of approximately five million votes cast, we’ll have a margin of a few thousand. The focus for our office and for the county election officials for now remains on making sure that every legal vote is counted and recorded accurately as we are closing in on a final count. We can begin to look toward our next steps with a margin that small. There will be a recount in Georgia. Interest in our election obviously goes far beyond Georgia's borders. The final tally in Georgia at this point has huge implications for the entire country,. The stakes are high and emotions are high on all sides. We will not let those debates distract us from our work. We'll get it right and we'll defend the integrity of our elections.’’

Georgia law allows a losing candidate to request a runoff if they lose by half a percentage point — and Trump is behind Biden by an amount smaller than that.

It will take days for local elections officials to scan every single vote that has been cast to make sure the numbers add up — but that’s not the only step being taken to ensure the election results are correct. Once counties certify their results, later this week the state will conduct a risk-limiting audit (RLA). We’ll do a special episode about that soon, but the gist of it is that elections officials will use a special statistical software to randomly examine a number of ballots that are carefully tracked and audited.

As Gabe Sterling explains, the RLA (which starts with a random number generated by using 10-sided dice like Dungeons and Dragons) is to ensure there's confidence that the correct person won the race.

The recount will see every single ballot cast — whether absentee-by-mail, in-person early voting or on Election Day — re-entered into a high speed scanner to check the outcome.

At Monday’s press conference, state officials also took time to debunk misinformation about the election, including rumors that ballots were tossed in the trash or that there was some secret vote-changing software.

That’s important, because some Republicans are now attacking the way elections have been run to undermine confidence in results that show President Trump losing.

Without evidence, U.S. Rep. Doug Collins said that there were irregularities in the vote count they plan to challenge. Without evidence, newly elected U.S. Rep. Marjorie Taylor Greene has said Joe Biden stole the election. A judge threw out a case challenging some absentee ballots in Chatham County that Republicans argued shouldn’t count because the plaintiffs had no evidence.

And now, just hours before this episode goes live, Georgia’s two U.S. Senators called on Secretary of State Brad Raffensperger to resign (something he refused to do), alleging — without evidence — that the election was a disaster, a failure and that every vote was not properly counted.

Raffensperger shot back a fiery response telling the two Republicans they should focus on winning their runoffs, and that Nov. 3 was a resounding Election Day success.

And let’s hear just one more time from his adviser Sterling, who said in a closing message that Election Day was an "amazing success" with wait times around 2 minutes, record numbers of early voters and, most importantly, no evidence of any major problems or wrongdoing.

"We can't be having people who are out there who are putting out hoaxes and nonsense," he said. "So don't buy into these things; find trusted sources."

And he drew a pretty strong line in the sand against this misinformation and skepticism swirling from pro-Trump politicians and right-wing agitators — noting that there would be problems but they would be dealt with swiftly and would not affect the outcome of the election.

So we’ve got an intra-party war over truth about elections going on, an inaugural statewide audit of a race AND the likelihood than nearly 4.9 million ballots will be re-scanned soon as part of an audit — not to mention a statewide runoff for Public Service Commissioner Dec. 1 and the dual U.S. Senate runoffs Jan. 5.

Still to come on this podcast, we’re going to dive deep on audits, review why Election Day went so smoothly and look at how Georgia finally flipped blue.