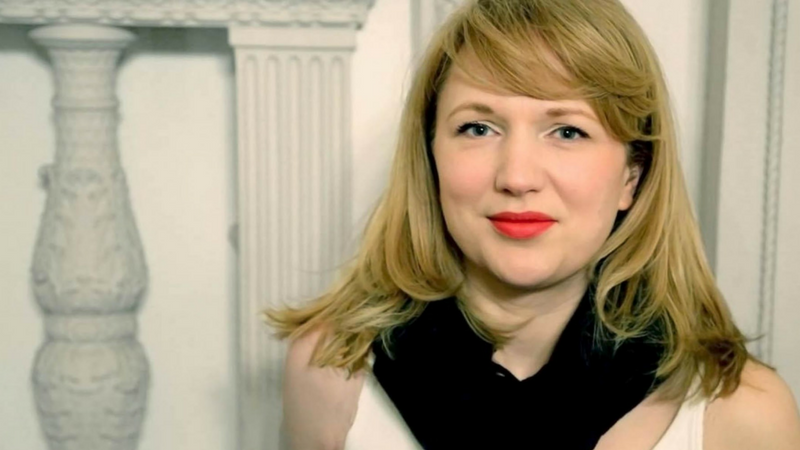 Jessica Fellowes and I have something in common. “Downton Abbey” transformed our lives. Writing this Desperate for Downton blog and running the live chats during broadcasts of the show turned me into a more outgoing person and opened new opportunities for me. (Read more in my post How Downton Abbey Changed My Life).

Likewise Fellowes was a journalist before she assumed the job of companion book author for the show. Because of it, new avenues opened up for her as a writer and speaker. She churned out several books about the show including “The Wit and Wisdom of Downton Abbey” and “Downton Abbey: A Celebration” which chronicled the show’s final season.

Jessica, who is the niece of show creator Julian Fellowes, was the featured speaker at the “Downton Abbey” themed weekend at the Sea Island Resort and Georgia Public Broadcasting’s final gala to celebrate the series ending.

“It’s given me the most unbelievable opportunities as a writer that I never would have had without it,” Fellowes told me in a December 2015 interview before the gala. “There’s isn’t anything else I can think of that would have delivered me that.”

Fellowes has continued to blossom since the the show ended. She recently released the book “The Mitford Murders”, a thriller set in a manor house at the turn of the 20th century.

Finding out that the Downton Abbey Experience exhibit is coming to the U.S. made me think about our 2015 chat. I remember her being personable, charming and open. She talked about what the show has meant to her, manners during Downton times compared to now and how the British audience reaction to Mrs. Drewe’s attachment to Edith’s daughter Marigold differed greatly from U.S. viewers.

Here are excerpts from our conversation:

On the character she rooted for most:

Fellowes: Edith, I’m afraid, probably like everybody else in a way. She’s always been, for me, the most fascinating character because she’s got such a transformation in the course of 1912 to 1925; that’s not a terribly long time. (In) 13 years, the world changed so much but particularly changed for women of her type. By her type, I really mean an upper class woman who before the first world war knew how her life was going to turn out. She’d have a life like her mother’s, her grandmother’s, her great grandmother’s and so on. She was going to do the season, find a husband and then just live in the country with a few children. And Edith, out of all her sisters, is the least radical. She’s really not very ambitious; she’s quite content to lead this simple sort of life. And then it becomes increasingly clear during the course of (the) first world war this isn’t going to be her story.

After the first world war, there were so many more women than men, nearly 2 million more women than men - which caused the problem of the surface women. They statistically just couldn’t get married and have children, but that’s all they were prepared for.

So they had to find something else to do and many of them really rose to the challenge. By 1922, a quarter of the country’s undergraduates were female which was absolutely unprecedented. They worked as nurses and teachers, but also ran businesses, flew planes, discovering cures and running magazines. Seeing Edith grow into this alternative vision - it wasn’t one she planned but she begins to make it work for her.

On what she thinks of Mrs. Hughes’ character:

Fellowes: If you’ve found you were particularly moved by the story of Mrs. Hughes, you could go off yourself and discover more of what it was like to be a housekeeper - an older woman at that time. She’s very interesting, Mrs. Hughes. She was a career woman. She chose not to get married to a farmer when she was young. She wanted to work; she’s successful at her work. We know she’s successful because she’s Scottish but she’s been head-hunted all the way down to working in Yorkshire and servants would do that, they would move around.

She might not have children but she’s had to look after a lot of servants over the years. Some of those young girls would join a house like Downton Abbey at the age of 12, so that’s a big responsibility as a housekeeper.

Fellowes: My favorite scene is probably, because I found it so moving and the acting is just so good, is when Edith goes to take Marigold back from Mrs. Drewe. What was so clever about that scene was I just didn’t know who to cry for more: Edith needed to have her daughter back but Mrs. Drewe had loved that little girl like her own. When I had done my research I discovered that adoption was not legally formalized until 1926. And the only reason it became legally formalized was because mothers kept coming back and claiming back their children. And the families that had taken them on, to bring them up as their own, were having children ripped away from them. It was tragic on all sides. It’s terrible for everybody. And Julian likes to do that in “Downton Abbey”, what he calls the classic “Downton Conundrum”.

Desperate for Downton: That’s funny though you said you didn’t know who to cry for more. Because I found with the American audiences we were all gung-ho Edith “Take her, now!”

Fellowes: Even when Mrs. Drewe is sobbing?

Desperate for Downton: I do a live chat during the broadcast and everybody in the live chat was like “ Someone smack that lady, please!” (referring to Mrs. Drewe). It was clear (people were rooting for her); they were invested in Edith.

On rumors of a Downton prequel featuring younger versions of the Dowager Countess and Prince Kuragin loosely based on “War and Peace”:

Fellowes: (Julian) Julian did think about a prequel at one point because he quite liked telling the story not of Violet and Prince Kuragin, but of Cora and Robert. And he liked the idea of looking at the house with Carson as a young footman and all that bit. I asked him about it and he said if he did do it, it would have to be with a completely different cast. So it wouldn’t really work now. Maybe in a novel or something. It’s a testament really to the strength of all these characters that everybody has suggested about 15 different spin-offs, each one could have Anna and Bates doing something and Mrs. Patmore something else. The one I most like the idea of is Carson and Mrs. Hughes in a B&B somewhere and having all the other characters drop in on them. Any of it is possible. Maybe I’ll write the follow-up to it in another 20 years’ time!

On the “Downton Abbey” movie:

Fellowes: I would say there’s a 50/50 chance right now. There’s a lot of will to make it happen. I think the producers are keen, the crew are quite keen, and I think Julian is pretty signed up to the idea. I think there’s probably a slight issue of the actors, scattered to the four winds. Particularly the younger ones I think are really enjoying the fact they’ve got all these opportunities they have now that they didn’t have when they started the show when they were sort of unknowns.

Note: This past summer, NBCUniversal International Studios president, Michael Edelstein announced that a “Downton Abbey” movie has been greenlit and a script is in development.

END_OF_DOCUMENT_TOKEN_TO_BE_REPLACED 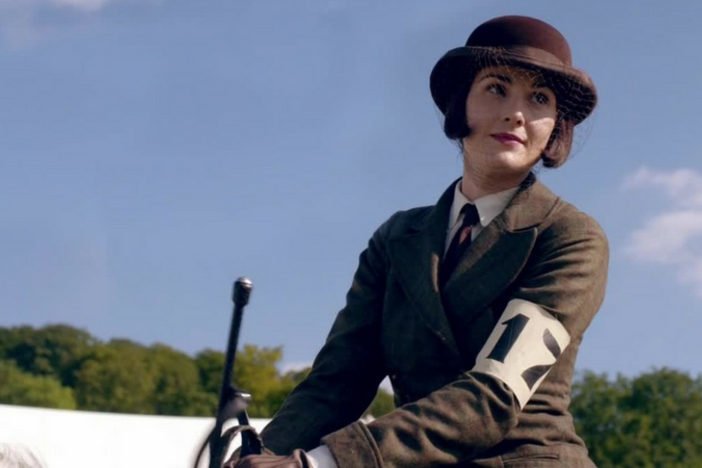 Downton Abbey Movie Is A Go

It's official! A "Downton Abbey" movie is set to be made.