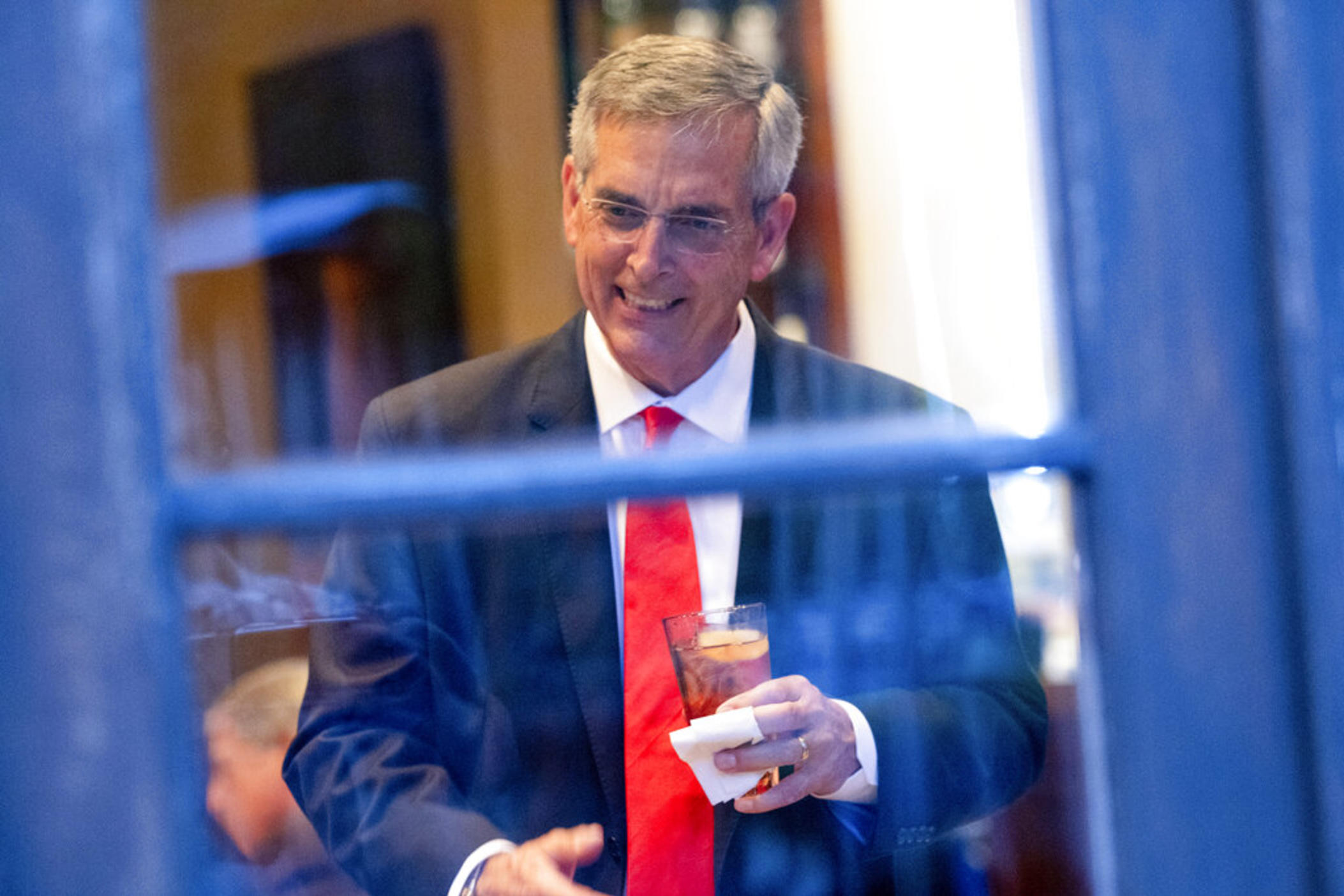 Caption
Georgia Secretary of State Brad Raffensperger talks with supporters during an election night party on May 24, 2022, at a restaurant in Peachtree Corners, Ga.
Credit: AP Photo/Ben Gray, File

Georgia's top election officials could testify publicly in front of the U.S. House committee investigating the 2021 Capitol insurrection this month.

Georgia's top election officials could testify publicly in front of the U.S. House committee investigating the 2021 Capitol insurrection this month, as failed Trump-led efforts to reverse the state's election results remain in the national spotlight.

Secretary of State Brad Raffensperger and Deputy Secretary of State Gabriel Sterling are making plans to participate in the televised hearings later this month, according to a person familiar with their schedules but not authorized to speak publicly.

The public testimony comes after Raffensperger appeared last week in a closed-door special grand jury investigation in Fulton County that is seeking to determine if former President Donald Trump and his allies violated several state laws in their efforts to overturn the 2020 presidential election. Sterling and others from the secretary of state's office are also scheduled to testify this month.

Raffensperger and others have also provided hours of testimony privately to the committee, including discussion of the unprecedented call from Trump asking Raffensperger to "find" enough votes to overturn the election, leaked to GPB News, The Washington Post and other media outlets less than 48 hours before Georgia's dual U.S. Senate runoffs.

In December 2021, Sterling, who was the state's voting system implementation manager during the 2020 election, talked about Georgia's new election system and attacks on its accuracy, including false claims and conspiracies spread by Trump's lawyer Rudy Giuliani, misinformation about Fulton County and its vote counting in State Farm Arena.

While the main thrust of the Jan. 6 committee may revolve around the violent attack on the Capitol by Trump supporters seeking to block the Electoral College certification of Joe Biden as the next president of the United States, the weeks of meddling in Georgia's election results plays an outsized role in events before, during and after the attack.

Trump called the state's top election investigator and encouraged her to find fraudulent absentee ballots in a review of signatures on envelopes that ultimately found no invalid ballots, while his chief of staff made an unannounced trip seeking to access the review before coordinating the infamous call with the secretary of state.

A day after the Trump-Raffensperger call was publicized, the former president blasted Georgia's top Republican officials at a rally, promising to campaign "against your governor and your crazy secretary of state" in the midterm elections for failing to illegally overturn the 2020 results.

Depressed turnout in conservative corners of the state helped contribute to two Democratic victories and control of the U.S. Senate in January 2021 runoffs, and Trump's hand-picked candidates to challenge Raffensperger, Gov. Brian Kemp and other incumbent officeholders this year mostly failed spectacularly in the May 24 primaries, suffering blowout losses in a rebuke against false claims of election fraud.

The first public hearing will begin Thursday night at 8 p.m., with two live witnesses — Caroline Edwards, a U.S. Capitol police officer and the first law enforcement member injured by rioters on the West Front plaza, and Nick Quested, a filmmaker who accompanied those who breached the building and captured the chaotic scene, according to NPR.