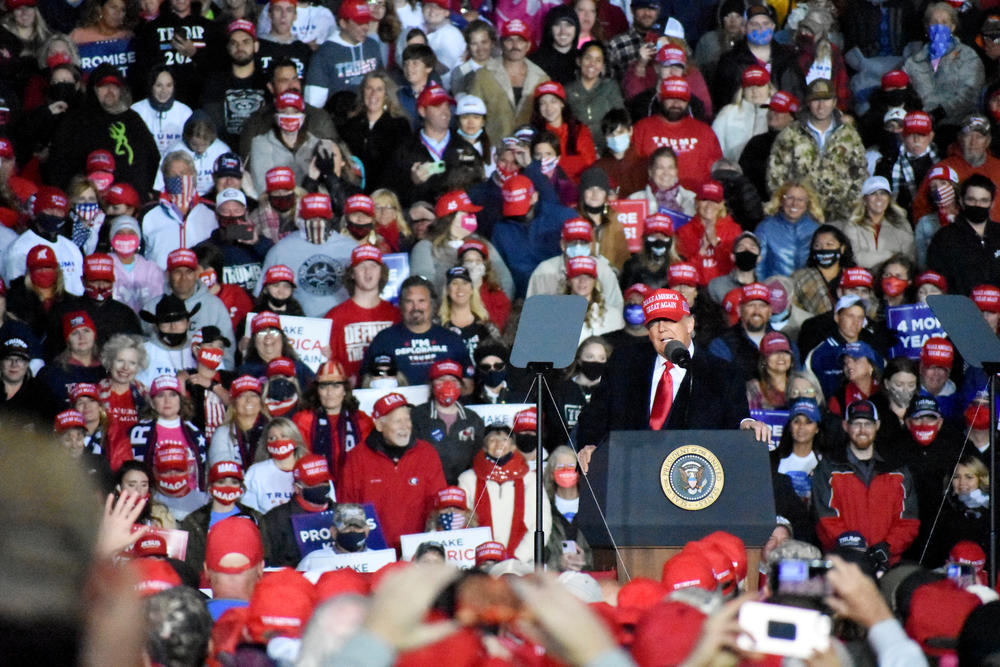 The Trump campaign has voluntarily dismissed four lawsuits challenging November's elections in Georgia after falsely claiming it reached a settlement with the state to review election data.

"We are promptly voluntarily dismissing the following legal actions as per your request and consideration of the settlement," the letter from Roswell attorney Kurt Hilbert reads. Hilbert is the attorney for a federal court case that was denied Tuesday, a pending Superior Court of Fulton County suit, a case on appeal to the Georgia Supreme Court and a long-delayed case filed by the Trump campaign in December.

But in a filing by the state, special assistant attorney general Chris Anulewicz told the court any claims of a settlement agreement were false and Hilbert appeared to violate Georgia Rules of Professional Conduct.

Hilbert was one of several attorneys on the call that President Donald Trump had with Georgia Secretary of State Brad Raffensperger on Saturday, where the president asked the secretary of state to "find" enough votes to overturn his election loss. Neither Anulewicz or the attorney general's office, who represent the state in these election challenges, were on the call.

David Shafer, the chair of the Georgia Republican Party, falsely tweeted that audio of the president's call with Raffensperger last Saturday was "heavily edited and omits the stipulation that all discussion were for the purpose of settling litigation and confidential under federal and state law."

The full audio of the call refutes both that claim and a subsequent claim made by Shafer that the recording started immediately after Trump's chief of staff "states that the call is for the purpose of discussing the settlement of pending litigation." In the audio clip, the call begins with representatives from the secretary of state being told they would be patched through to the president, crosstalk as people connect, and then Meadows beginning the call.

Those claims from the state party chair were refuted on social media by a GPB News reporter who obtained the audio. Separately, the party denied credentials to the media organization to cover Tuesday's election night event in Buckhead, retroactively stating there was no space for the GPB team in the crowded ballroom of often maskless attendees for "public health restrictions."

Additionally, the letter from Trump's attorneys claims that the letter is confidential and should not be disclosed to anyone other than the parties and attorneys, but the letter is actually filed on the public court docket in the federal case.

“Rather than presenting their evidence and witnesses to a court and to cross-examination under oath, the Trump campaign wisely decided the smartest course was to dismiss their frivolous cases,” Raffensperger said in a statement.

The press release from the secretary of state's office said that "on the eve of getting the day in court they supposedly were begging for, President Trump and Chairman David Shafer’s legal team folded Thursday and voluntarily dismissed their election contests against Secretary of State Brad Raffensperger rather than submit their evidence to a court and to cross-examination."

The decision to dismiss the cases comes as a large number of Georgia Republicans have actively participated in attempts to undermine the state's election results, ranging from Sen. Kelly Loeffler's plan to object to the Electoral College vote (a plan she later scuttled after a violent invasion of the U.S. Capitol that left four dead and disrupted proceedings) to outgoing state Sen. William Ligon authoring a report filled with baseless claims of widespread fraud and inviting Trump's personal attorney Rudy Giuliani to spread misinformation in hearings.