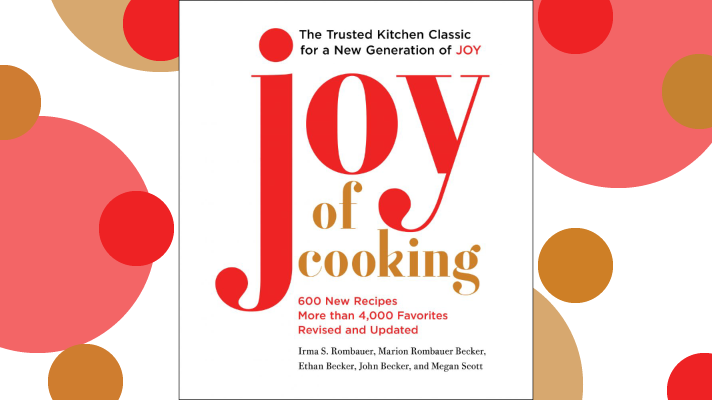 Caption
Irma Rombauer's "Joy of Cooking" first came out in 1931. The ninth edition, released in 2019, comes from Rombauer's great-grandson, John Becker, and his wife, Megan Scott. They will give the closing address at the Savannah Book Festival on Sunday.

Maybe it's your aunt's gooey chocolate chip cookines, your dad's special wing sauce, or your grandmother's post-Thanksgiving turkey tetrazzini — family recipes often get handed down from generation to generation like cherished heirlooms.

One family has been updating (and sharing) its recipe book for nearly 90 years. Ever since Irma Rombauer first published Joy of Cooking in 1931, it has become the most popular cookbook in America, and a staple of home kitchens.

And there's a brand new version of it. The ninth edition comes from Rombauer's great-grandson, John Becker, and his wife, Megan Scott. They'll be in Georgia this weekend to give the closing address at the Savannah Book Festival. That's Sunday, Feb. 16 at 2 p.m. at the Trustees Theater.

First, Becker and Scott joined On Second Thought to talk about how Joy of Cooking has become a family legacy, what they did to update and revise it, and how the classic cookbook fits into modern foodie culture.

On why Irma Rombauer first wrote Joy of Cooking

John: Irma grew up in a time when women were not expected to necessarily develop professional skills. And so, you know, she was upper middle class, and when her husband, Edgar, came down with a debilitating illness as well as financial troubles, and took his own life, she had like maybe a year's worth of salary savings and no real professional skills to fall back on. And so it really was kind of a shot in the dark for her. It was... I think you're right that it might have been a part of the grieving process for her, but she envisioned Joy of Cooking as a way of actually making a living. And, you know, staying afloat, as it were.

Megan: Well, I think initially what Irma did with her first edition in 1931 was really unusual. And so at the time, most cookbooks were really how-to manuals. They were pretty dry. They were just telling you the facts and giving you recipes. There wasn't really any banter. I know like with modern cookbooks, we expect a little bit of personality, or a lot of personality. But what Irma did at the time was pretty unique. And that was, she really, you know, put her voice into the Joy of Cooking. She added personal anecdotes or historical asides. She put jokes in there. She was talking directly to her readers. And I think that really resonated at the time. I think, you know, the early 1930s was a time when more and more women, especially after, you know, during the Depression, people who had been able to afford help no longer could. And so more women were entering the kitchen or women were feeling the pressure of, like, trying to be frugal and save money in their cooking. And I think that what she really was trying to do was speak to her readers and give them something fun and interesting to read while they were in the kitchen, because I think she recognized that, like herself, you know, she didn't necessarily love cooking for the sake of cooking, but she had to do it. And I think she realized that a lot of her readers had to do the same. So she wanted to provide them with something interesting and witty to read and maybe laugh at while they were cooking.

On how Joy of Cooking helped Becker and Scott meet

Megan: So I had actually purchased the Joy of Cooking. It was my first cookbook purchase. I moved out of my parents' house and figured out that I actually needed to fend for myself in the kitchen, and I had to eat the results of whatever I made. So I wanted it to be good. And so I bought the Joy of Cooking and learned how, basically, learned a lot of how to cook from Joy over the years. And then in 2010, I was working at a bakery in Asheville, North Carolina, and talking with a coworker about how much I loved Joy of Cooking. And he said, “Well, didn't you know that the guy whose family wrote Joy of Cooking works at that coffee shop down the street?” And I thought he was kind of messing with me. So I went down to that coffee shop after work. And it was a place I had been many, many times. And I asked the barista if he knew anything about this. And it was John who was working, and he sort of blushed and said, “Yeah, that's my family.” And so I was shocked and amazed. And so we had some more conversations. I eventually asked him out on a date. And then, you know, as time went on, I kind of got sucked into the family business as well.

On how the classic cookbook changed in the newest edition

John: Well, this is going to sound really simple-minded, but we really just tried to make everything better. I mean, which was an exhausting task. When we first started working on the book, what that really entailed was us basically cooking through the 2006 edition. We started by testing recipes and tracing them back through the different editions to try to get a historical sense of the book, you know, to really just become familiar with it. Maybe three years into that process, we actually were approached by an app developer and we worked with them to turn the 2006 edition into an app. And what that really meant was taking apart the book piece-by-piece and then putting it back together in a different form. And at that point, we really had a good sense of not only how it was put together and whatnot, but also of… we had formed a lot of strong opinions about what could be better [and], you know, what we were missing.

Megan: Yeah, there are certainly a lot of new international recipes that we felt were important to add, because I think it's just… kind of the way Americans cook now and it's more reflective of kind of the demographics of America and what it means to be an American. And we also added more regional American recipes. For example, St. Louis Gooey Butter Cake. We added Buckeyes, the little peanut butter and chocolate candies from Ohio. We added Chicago-style deep dish pizza. And so, you know, these are things that we felt should have probably been in the book before but had never made an appearance. So we felt in some ways that we were adding things that had been missing in the canonical sense, and also updating it to more reflect what America is like today. 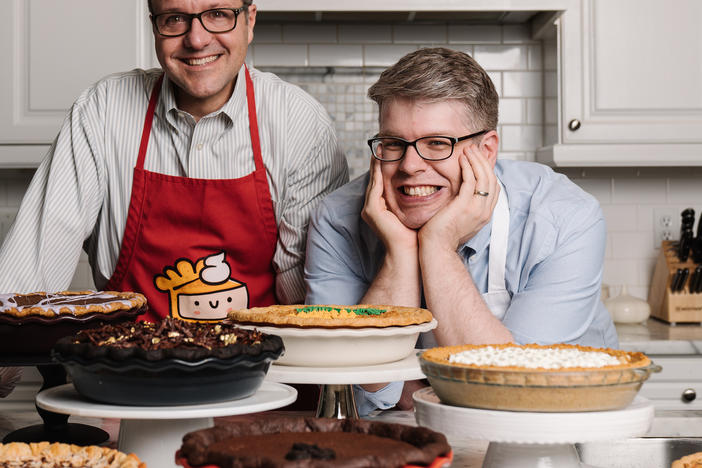 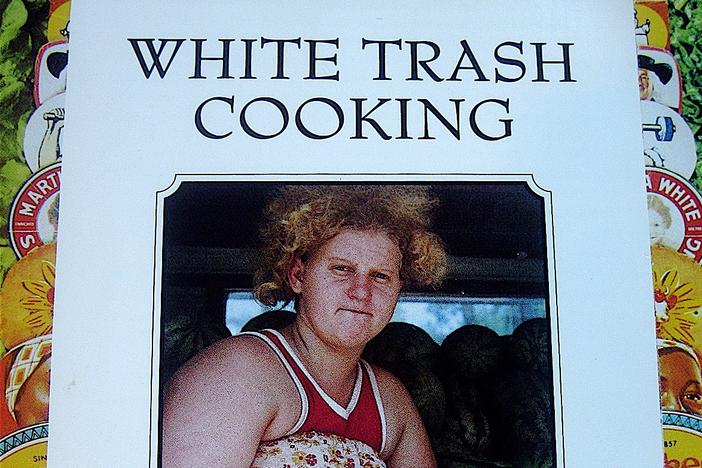 Ernest Matthew Mickler's White Trash Cooking was released in 1986 to mixed reviews. Some of the recipes in the cookbook include "Uncle Willie's Swamp...