Students Ask: How Do Meteorologists Predict The Weather? 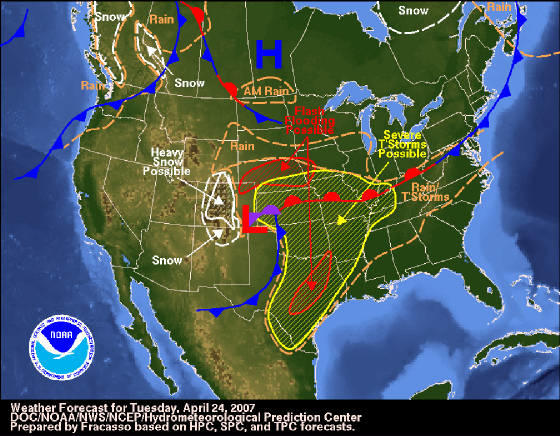 Today’s post is a continuation of my communication with Ms. Jordan’s 6th Grade Science Class at South Central Middle School! South Central MS is located in Emerson, Georgia, in Bartow County. They are very curious to know how meteorologists predict the weather, and I am happy to answer them!

Nick asks, “…how do you predict the weather for a period of time?”

Thank you for your questions! Your inquiries are very similar, so I will be able to answer the three of you simultaneously.

Meteorologists are able to predict the changes in weather patterns by using several different tools. They use these tools to measure atmospheric conditions that occurred in the past and present, and they apply this information to create educated guesses about the future weather. Always remember that a weather forecast is an educated guess – meteorologists (and mankind, in general) cannot control the weather. The best we can do is observe past and present atmospheric patterns and data, and apply this information to what we think will happen in the future. Meteorologists use the scientific method on a daily – and even hourly – basis! 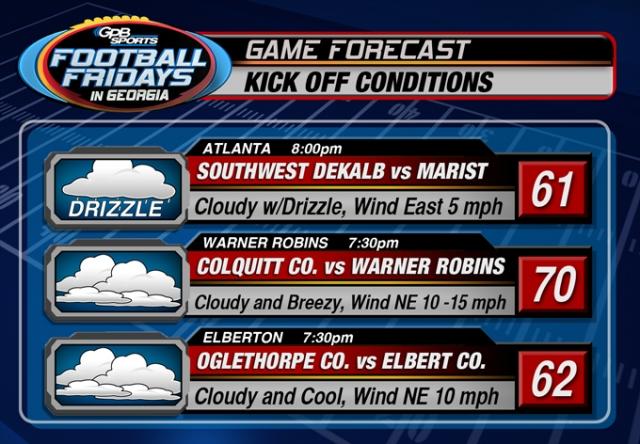 Meteorologists use many different tools for different purposes. Most people are familiar with thermometers, barometers, and anemometers for measuring temperature, air pressure, and wind speed, respectively. Meteorologists use other tools, as well. For example, weather balloons are special balloons that have a weather pack on them that measures temperature, air pressure, wind speed, and wind direction in all the layers of the troposphere. 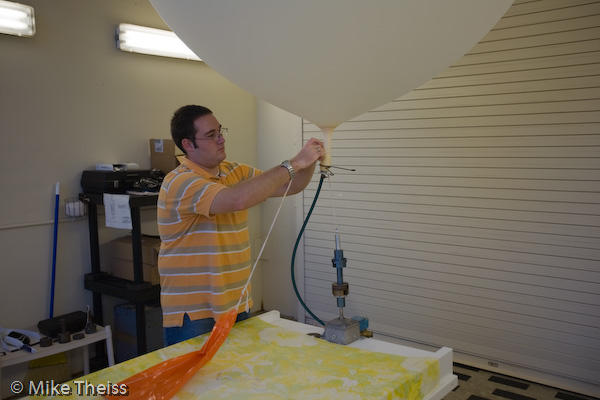 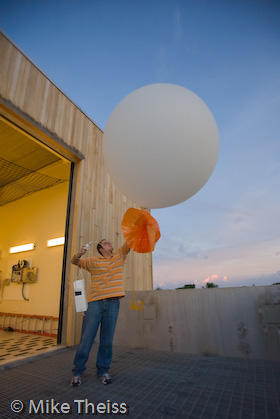 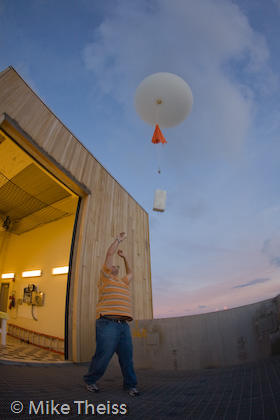 Meteorologist David Ross from the NWS Office in Key West, Florida, released the balloon into the air. Picture courtesy of Mike Theiss, ExtremeNature.com. 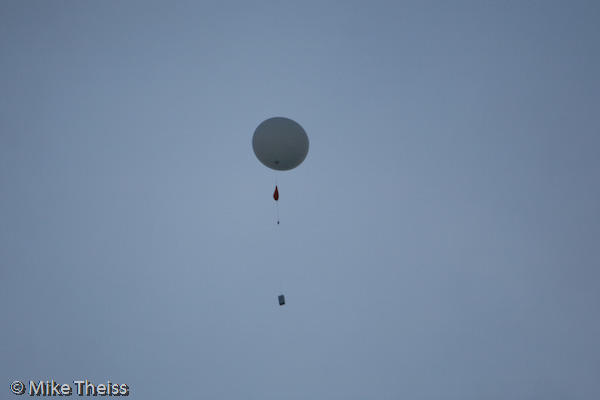 The weather balloon rises high into the air, recording atmospheric data throughout the trip. Picture courtesy of Mike Theiss, ExtremeNature.com.

Meteorologists also use satellites to observe cloud patterns around the world, and radar is used to measure precipitation. All of this data is then plugged into super computers, which use numerical forecast equations to create forecast models of the atmosphere. These forecast models can be both correct and incorrect, so meteorologists must be careful and determine whether they agree with the model or not. If the meteorologists disagree with the model, then they must determine a different outlook for their forecast. 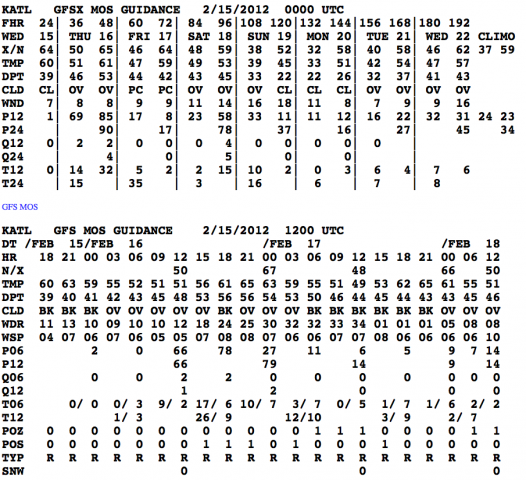 Monitoring the data from all of these tools allows meteorologists to track changes in the weather through time. It’s important to observe previous weather conditions (from last hour, to last year, to even the last century!) in order for meteorologists to know what to expect in the future. Here’s an analogy: you may have carved pumpkins and gone trick-or-treating for Halloween in previous years. Based on what you observed in the past, what do you think you will be doing in the future, specifically on October 31st? Meteorologists often describe the weather as a set of “patterns”, because similar weather conditions tend to repeat themselves (just like the “pattern” of trick-or-treating every year on Halloween!). 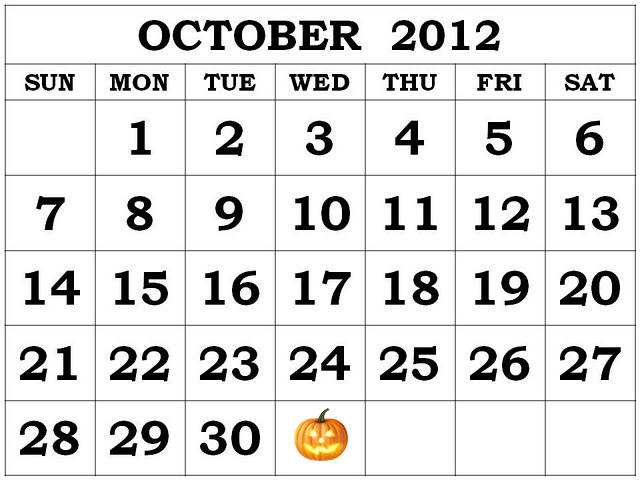 True to the pattern, Halloween occurs on October 31st.

Of course, just because something “fits” a pattern doesn’t mean it is identical in behavior – similar events are still unique in their own way. In other words, Halloween may occur on October 31st every year, but you may not necessarily wear the same costume or choose the same route to trick-or-treat. A snow storm may set up a similar pattern to one in the past, but produce a different amount of snow in a different part of the state. A meteorologist must monitor the current conditions during a weather event, and use their knowledge of weather similarities and differences to discern what is going to happen. 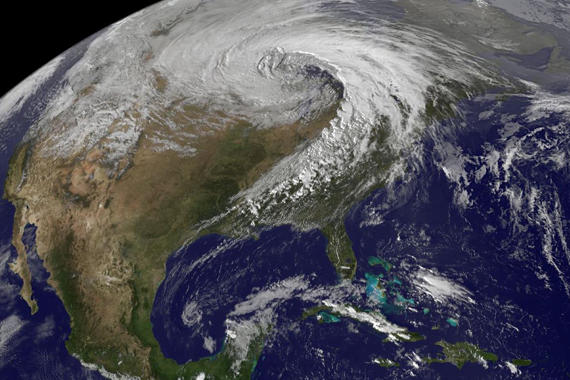 Satellite image of a 2010 blizzard. Courtesy of NASA. 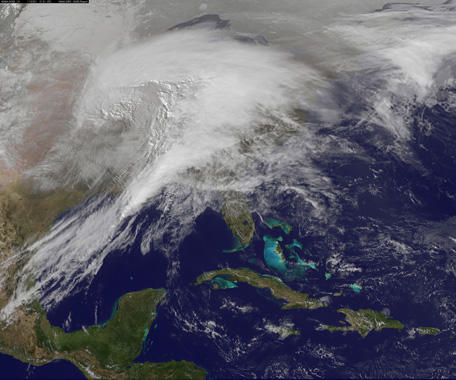 Satellite image of a 2011 blizzard. Courtesy of NASA.

So that’s how meteorologists predict the weather! That was an excellent question, and I hope my answer inspired you to study the weather, too! Predicting the weather is certainly a tricky task, and all meteorologists strive to do the best job they can. Many times, the difference between an accurate forecast and a “busted” forecast (that is, a forecast that proves incorrect) is the accuracy of the data available to meteorologists, and the experience of the forecaster – the more experience a forecaster has, the more able they are to detect similar patterns.

I’ve enjoyed your questions, and I hope that you will keep them coming! In the meantime, happy storm spotting!

Meteorologist Steve Nelson explains the different parameters that meteorologists look for when predicting winter weather. Steve is the Science and Operations Officer at the National Weather Service in Peachtree City, Georgia.

END_OF_DOCUMENT_TOKEN_TO_BE_REPLACED 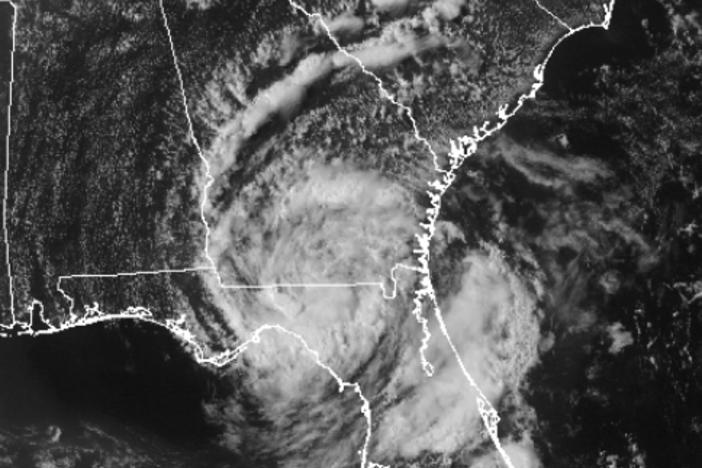