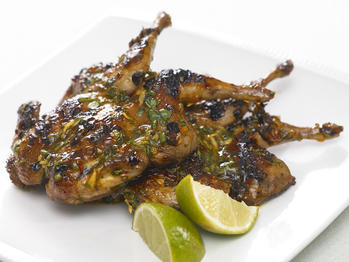 Georgia has long been known as the “Chicken” capital of America. The state’s poultry industry produces almost 25 million pounds of chicken per year and has an annual economic impact of over $13 billion.

But now, there’s another bird in town. Smaller in size and production, the quail is becoming more popular.

Greensboro, GA-based Quail International, which sells Plantation Quail, is self-identified as the largest producer of quail in the United States. The company sells 16 million quail per year and production is growing.

According to a report at OnLineAthens.com, the market for U.S. quail is overwhelmingly international.

Chinese and Vietnamese markets make up more than 50 percent of Plantation Quail’s customer base, with Hispanics adding another 25 percent. U.S. grocery stores and restaurants only account for 20 percent of the company’s business. But there’s a new push to expand the domestic market, explained Quail International’s general manager, Ivan Bilbao.

Plantation Quail is designated as an official “Georgia Grown” product.