Visit Downton Abbey in the U.S. 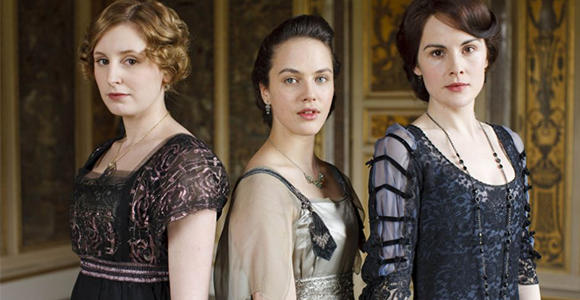 If you can’t afford to head to Highclere castle, the real location where "Downton Abbey" is filmed, like George Clooney recently did - take heart. You can experience the beauty and grandeur of the series on American soil.

There are exhibits on the show that are being hosted at grand estates or museums that are as luxurious as manor houses allowing you to visit "Downton Abbey" in the U.S. Here is a snapshot of where they are:

Forty costumes from the show will make their way to the famous Vanderbilt estate in time for the debut of season five. The exhibition will showcase the evolution of fashion during the time and what people wore at the estate depending on their social status.

According to the museum site, “costumes on display will range from country tweeds, to servants’ uniforms, to lavish gowns and evening attire cut from fine fabrics and decorated with intricate embroidery, lace and beading. The award-winning costumes, created by renowned London costume house Cosprop Ltd., were designed with inspiration from old photographs and historic patterns”.

A bevy of costumes from the show are on display at this museum plopped on a sprawling estate once owned by Henry Francis du Pont. Pieces include poor Lady Edith’s wedding dress, the gown Lady Mary wore when Matthew proposed and Lady Sybil’s harem pants.

Once owned by philanthropist and financier Ogden Mills and his wife Ruth Livingston Mills, this big house is a prime example of gilded age (1876 - 1917) living. The Beaux-Arts mansion consisted of 65 rooms and 14 bathrooms in its hey day.

Experts dressed in period attire will guide you through the great house, pointing out the similarities the residents had with the upstairs and downstairs staff at Downton. Contact:845-889-8851, ext. 300

A collection of paintings and furnishings introduce you to what it was really like to live at a Downton Abbey type estate. They were owned by the Marquess of Cholmondeley and come to the states courtesy of Houghton Hall, an estate in Norfolk, England.