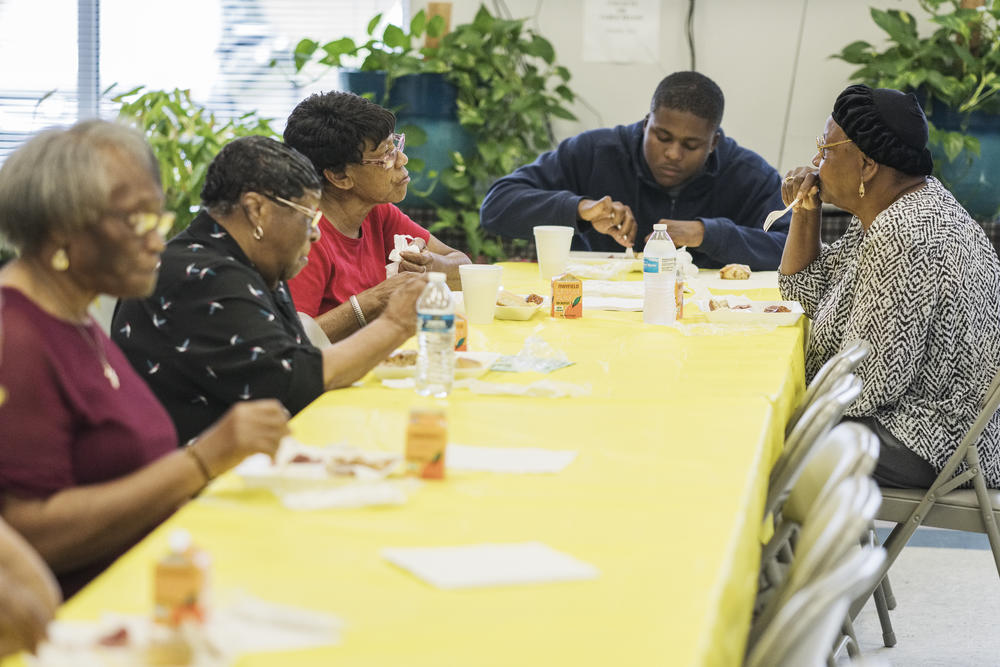 Betty Rouse, top left, and Ida McClinton talk while sharing lunch at the Twiggs County Senior Center in Jeffersonville. Studies show that eating together is better for seniors since they tend to eat more in each other's company. / GPB

Food insecurity is a pressing issue nationwide — particularly in Georgia, where one out of every four children live in food insecure households. It's a dire picture for seniors, too, with the latest estimates putting Georgia in the top ten worst states for food insecurity among aging populations.

Residents and officials across Georgia are working to address the problem. GPB's Full Plates series is taking listeners around the state to learn about creative local solutions to food access problems.

Assistant News Director Josephine Bennett recently reported about how Georgia is the first state in the country to tackle hunger among aging populations, with a State Plan for Senior Hunger. She joined On Second Thought to break down the story and give us a look inside the reporter's notebook.

Three to four days a week Ernestine Mims comes to the Senior Center in Twiggs County to eat lunch with her friends. On a recent afternoon, t he women s...