In macroeconomics, the business cycle refers to a specific model of an economy that shows the increases and decreases in GDP over time. The business cycle is usually expressed as a graph like Graph 29-1. The specific labels are described in more detail in the intermediate section.

Components of the business cycle as seen in Graph 29-1:

For most economies, the general trend of an economy is to grow, even though there may be periods of ups and downs with GDP. This general trend is shown on Graph 29-2.

One of the best online tools for creating business cycles for the United States with real data is the FRED Database from the Federal Reserve Bank of St. Louis. You can view GDP, unemployment and inflation data for various time frames and even identify specific periods of recessions with markings on the graph. On the graph above, for example, you can see how unemployment rises during the recessions marked by the gray bars. It is important to remember that a business cycle is a useful historical research model, but it is not necessarily predictive. All of the measures used in a business cycle are “lagging” indicators. Economists like to say “you never know which part of the business cycle you’re on until you’re past it.”

Define the stages of the business cycle, including: peak, contraction, trough, recovery/expansion as well as recession and depression.

A brief overview of the macroeconomic business cycle. 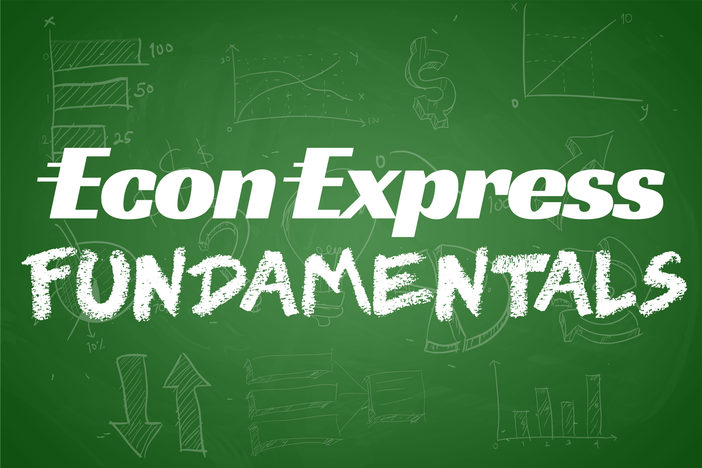 Overview: When you purchase something you may tell the cashier "thank you." Typically, the cashier will reply "thank you" as well. This concept explains why.