DragonCon 2015: One Con To Rule Them All 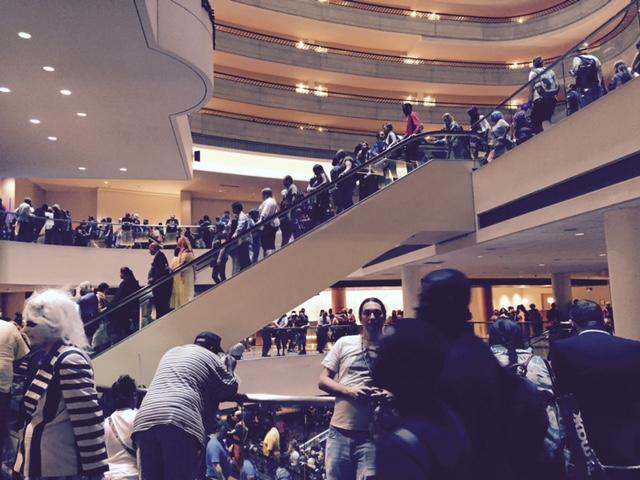 The costumes are packed away, and attendees of one of the biggest geek culture conventions in the U.S. are now heading towards the nearest MARTA station, one hand dragging a rollaway suitcase, the other grabbing overstuffed plastic bags filled with vendor swag.

As DragonCon 2015 winds down, here are a few brief observations:

• This was my first DragonCon since moving away from Atlanta in 2007. I’ve attended San Diego and Emerald City ComicCons, PAX Primes in Seattle, Weekends of Horror in New York City and various tech-centric conventions like the Consumer Electronics Show in Las Vegas, and I’m telling you there’s nothing like the sheer, impressive spectacle of tens of thousands of costumed geek media fans crowding the streets of downtown Atlanta for four straight days. DragonCon media director Dan Carroll told me that “every year since 2000 has been the biggest DragonCon we’ve ever had.” 62,000 attended in 2014, and 65,000 were expected this year. Final attendance figures will be released later this week.

• The larger and larger crowds also raise questions about managing all that stellar DragonCon growth. Carroll says he has faith in the show’s leadership that they will keep things safe and fun without overtaxing Atlanta's infrastructure. As far as the city, local convention officials and the downtown business community are concerned, since the mid-2000s those entities “have embraced DragonCon in a way that we never anticipated originally,” Carroll said.

• Because of all that growth in attendance, the last place you want to be on the Saturday of DragonCon is in one of the downtown skywalks that connect the Hilton, Marriott and Hyatt hotels. These transform into clogged Habitrail hamster tubes that move slow enough to induce claustrophobia in coal miners.

• Since 2014, the vendors’ rooms have moved from the hotels to the America’s Mart building. That was a smart move. It can still get crowded in there, but at least there’s more room at the edges of the exhibit halls for those who need a break from browsing for light sabers and Dr. Who t-shirts with 65,000 of your closest friends.

• Maybe it's just me, but when did Pop! Vinyl Bobbleheads from Funko become a thing? My kids are now big-time collectors of these 4-inch tall figures, and they were very popular items at a lot of DragonCon vendor’s booths. It seems to me that just in the last year, Pop! Vinyls have quickly migrated from the shelves of GameStops and your neighborhood comic book stores to the likes of Target and Walmart. (Maybe they breed like Tribbles?) Funko has been busy signing licensing deals with just about every major media company, and not just those that offer kid-friendly entertainment; I saw "Ted" and "Game of Thrones" bobbleheads, so the popularity extends beyond the usual toy demographics. You know they’ve arrived when you see some major markup action going on for alleged "exclusives."