DragonCon 2015: The Force Is Strong With This Year's DragonCon 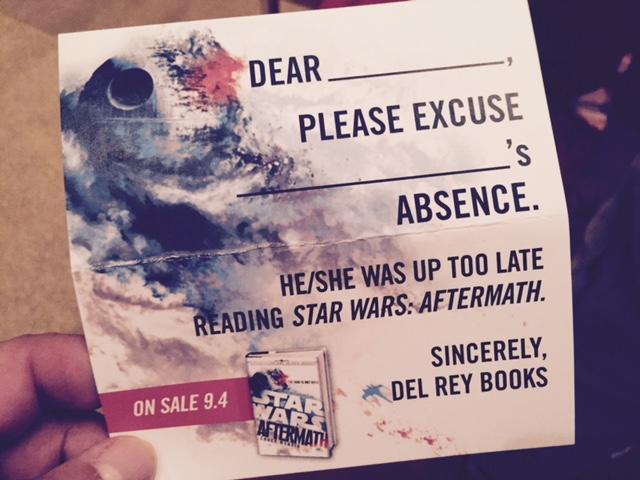 Star Wars would be well represented at any year's DragonCon. But George Lucas' creation is casting a particularly long shadow over DragonCon 2015, thanks to the December release of the first new Star Wars film in 10 years, The Force Awakens.

Much of the enthusiasm and anticipation was on display during a Friday panel titled "Speculating On The Force Awakens." An all-star panel representing various contributors to official Star Wars media and well-known fan websites/podcasts spent an hour discussing possible scenarios, motivations for characters and narrative arcs that may or may not turn up in director J.J. Abrams' film, set for release December 18th.

In other words, Star Wars geeks geeked out, and the capacity audience ate it all up like Jabba the Hutt slurps down Klatooine paddy frogs for lunch.

One of the panelists, Bethany Blanton, co-founder of The Star Wars Report website and podcast network, said it was obvious how the new film is influencing this year's DragonCon. "You can just see it in the costumes and the light sabres or even the enthusiasm for this panel," Blanton told me. "I'm one of the panelists here, but I'm not an official LucasFilm person and we still had an entirely packed room, so I think that everybody's really excited about The Force Awakens, and I also think that they're excited because we still don't know that much about it."

Hence the speculation during the panel on whether the new characters of Kylo Ren, Finn and Rey have their own branches of the Skywalker family tree, how involved Han Solo and Chewbacca will be in the proceedings, and just what the hell Luke and Leia have been doing in the 30 years that have passed between the end of "Return Of The Jedi" and "The Force Awakens." "I like to think that Luke has been off the grid, training Jedi," offered one panelist.

The slow leak of information and movie trailers at special events earlier this year like the Star Wars Celebration sounds like Abrams' usual modus operandi, said Blanton. "J.J. Abrams knew and Disney/LucasFilm knew that marketing-wise, they wanted a definite plan, but also at the same time everybody knows Star Wars. Everybody's grown up with Star Wars, whether it be the prequels or the original trilogy, and you have a generation of fans that already exist - even new young fans that have grown up with the cartoons over the past few years. So they've been more mysterious about it, which is definitely a J.J. thing, from what I can sense, because he took a lot of the same marketing strategies with the Star Trek movies."

Blanton's favorite Star Wars memory involves her entire family making dinner to watch Episode IV: A New Hope. "My mom and dad were both Star Wars fans and I remember my dad asked us if we wanted to watch it. We all made cookies and bought food and has this Star Wars dinner night," she said. "It's been a family thing for my family and it helped teach us morals, because Luke is a good guy and we all looked up to him as kids."

Then again, that memory may share time with another, thanks to Blanton attendance at the Star Wars Celebration, where she saw the premiere of the extended trailer with a room full of like-minded fans. "When all the fans saw Han Solo for the first time, and literally just started screaming and crying, it was amazing and the energy in that room was electrifying."

That energy continues to build towards December 18th, but pockets of it are evident wherever you look at DragonCon 2015.