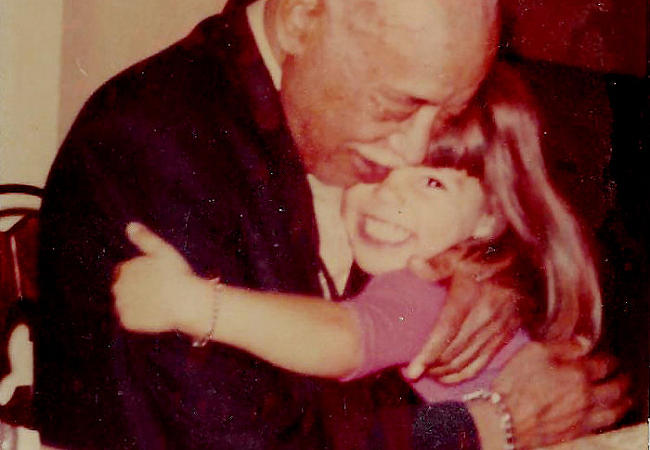 MESSAGE TO THE READER: This blog post contains strong language.

I'm black.
My grandfather is William Grant Still, the "Dean of African-American composers." His skin was the color of maple syrup. Mine is the color of café au lait. My grandfather suffered countless indignities and injustices because of his color. I remember them still, almost viscerally. They still feel personal to me.

When he was going to Oberlin College to accept an honorary degree, he drove from Los Angeles with his family. He couldn't stay at the white hotels because he was black; he couldn't stay at the black hotels because his wife was white. So he drove 2,300 miles without stopping. In photos of the event, he's stooping; he looks exhausted. I've heard that story dozens of times, and yet, my cheeks feel hot thinking about it even now. It still makes me angry.

My grandparents had to get married in Tijuana because their marriage was illegal in the US. That's personal. He had to build a six-foot fence around his home to protect my mother and her brother from violence. It was the 1940s and people were dragging mixed-race families out of their beds, beating them, sometimes setting their homes on fire. I look at my mother sometimes and think about how lucky I am.

I have the same amount of black ancestry as Sally Hemings, slave to Thomas Jefferson and mother to six of his children. (Side note: three of those children lived their adult lives as white. They passed.)

I was the second-darkest kid in my school in Mission Viejo, California. Everyone expected me to be best friends with Shawna, the only African-American girl. Kids called me a "nigger" sometimes. I punched one of them in the eye and was sent to the principal's office. The principal told me that if someone called me that name, I should punch them again.

I'm white.
On one side, my family was born of the rape of young, female slaves by their owners. That means we're part Scotch-Irish. My grandfather married a Jewish woman, so my mother was fair-skinned while her brother was dark brown. My mother married a tall, white guy with Texas roots.

People don't always look at me and think I'm part black. The actress Mo'nique called me a "white lady." I was raised in an affluent town in California where I was surrounded by white people. Almost all of my childhood friends were white; there weren't any black kids to hang out with in my hometown.

I'm Latino.
A lot of people mistake me for a Latina. They often think I'm from the Dominican Republic. I grew up in Mission Viejo and Los Angeles. I lived on Preciados Street and our high school mascot was the Diablo. I speak Spanish and I love Mexican food.

That last one? That's a joke. Because this whole argument is a joke. I've had people scream in my face that I'm not black (for instance, when I tried to join the Black Student Union in college) and I've had people dismiss my opinion on some issues by saying, "Well, you're black, so it makes sense that you'd think that."

I am not black. I'm not white.
Let's forget the fact that race doesn't exist. Even if we're talking about the social construct that we call "race," I'm not any one thing. If you ask me "what I am", as I am so often asked, I'll say that I'm mixed-race or I'm part black.

Really, there's no good way for me to answer that question, that "what are you?" question. I could be very specific and say I'm part black, part white, part native American, Jewish by birth and a number of other things. But that's not really what people are looking for, since what they're trying to do is place me in a category. But they're not usually willing to let me pick the category for myself.

If I say I'm black, which is the culture with which I most identify, African-Americans often get offended that someone who looks like I do would appropriate their heritage. I've been told by a couple of co-workers, in no uncertain terms, that I should not be calling myself black and a few friends have said, "but you're not really black." If I claim to be white, that's fine, I guess, as long as I don't start talking about racism. And again, many black folks will raise an eyebrow. In elementary school, a well-meaning teacher told me that I shouldn't be ashamed of my heritage and try to pass.

So, I don't get a membership card to any of the races, and that leaves me and many other multiracial people shut out. There is an upside, though. My heritage and my non-race-specific features have allowed me to see the racial underpinnings of our society in a way that most don't. I hear things I'm not meant to hear, people say things they wouldn't if they knew my background, and I've seen prejudice in both blue eyes and dark brown.

Still, I generally say I'm part black. Why? Because that's how I feel. Yes, I'm the descendant of slave owners as well as slaves, but there was never any question about which side would take in my family when the Civil War ended. I'm 25% black, more than enough to banish me from the homes of my white forbearers.

My grandmother's Jewish family cut ties with her almost completely when she married a black man. It was the African-American side that never blinked or hesitated -- my great-great-grandmother's children were the product of rape while she was enslaved. I'm sure that was painful and difficult for her until the day she died. But their ethnicity was never a question or an obstacle.

So here's my answer to "what are you...", "no, i mean, what were your parents...", "I mean, where were they from?" That question. My answer is I'm light brown and we're all from California.