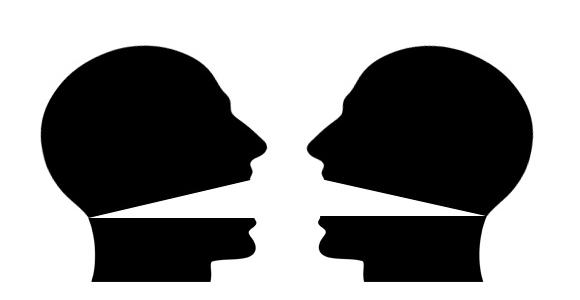 I have a strict no-pundit policy on the shows that I host. Before I explain why, though, let’s define our terms. What is a pundit? Here’s how Wikipedia defines it: “A pundit (sometimes called a talking head) is a person who offers to mass media their opinion or commentary on a particular subject area (most typically political analysis, the social sciences, technology or sport) on which they are knowledgeable (or can at least appear to be knowledgeable), or considered a scholar in said area. The term has been increasingly applied to popular media personalities.”

I chose this definition over Merriam-Webster’s because Webster defines a pundit as someone who knows a lot about a topic and gives his or her opinion on that topic. I think Wikipedia is more accurate when they say a talking head “can at least appear to be knowledgeable.” To my mind, a pundit makes a living by talking or writing. A pundit doesn’t talk about truck driving because he drives a truck. She doesn’t give his opinion on education because she is also a 4th grade teacher. A pundit just talks, and that’s not particularly valuable to me as a journalist.

Don’t get me wrong. I have nothing against pundits as people. I know a number of people that could be classified as talking heads and they are smart, dedicated professionals. I also understand why so many media outlets rely on pundits in news coverage. Pundits make their living by talking to reporters, so they’re usually easy to book. And there are other benefits. While a scientist may hesitate to give her opinion on a new study because she hasn’t read it, a pundit is often willing to comment quickly. Pundits also understand the value of a good sound bite. If they’re good, they’ll give you compelling, interesting quotes.

Working with non-professional speakers is a lot more work, I grant you. They’re difficult to schedule, they’re sometimes unwilling to talk about controversial subjects and they have to be carefully coached to stay focused and relaxed on the air. But I still prefer that to booking a pundit. A working teacher has a nuanced opinion. His views are shaped by his experience. And the beet farmer isn’t invested in giving me a controversial sound bite that will “go viral”; she’s just talking about the issues that make her life easier or harder. I want to have a real conversation with people, not an argument. I’m interested in insight, not incitement. As long-time NPR producer and mentor Doug Mitchell says, “We have to continue to insist that we grow the art form that is talking to people who are different from ourselves. Echo chamber journalism is not journalism. Talking only to people with whom we are most comfortable leads to inaccurate storytelling and a sheltered, if not uninformed, consumer.”

Opinions are easy. If I go and read a bunch of books about medical ethics, does that mean someone will value my opinion on the ethics of transplant policy? Well, they might book me to talk about it on cable news, but they really shouldn’t. Get an expert who actually makes decisions and maybe a person who’s waiting for a transplant. Who cares about an opinion that’s not backed up by experience?

So on my show, we don’t book pundits. But don’t worry – there’s still plenty of work for talking heads on nearly every other news show in the country. I doubt the talking heads are concerned about lack of work.

Celeste Headlee is the host of the new GPB one hour, daily news talk show, On Second Thought, which debuts on October 20 at 9 a.m.