Norcross became the only team this season to sweep the boys and girls basketball championships, each winning it all for the first time since 2013 – when they accomplished the same feat. The Greenforest boys won their fourth title and the Mount Paran girls took their first in a busy final day of championships at the Macon Coliseum. 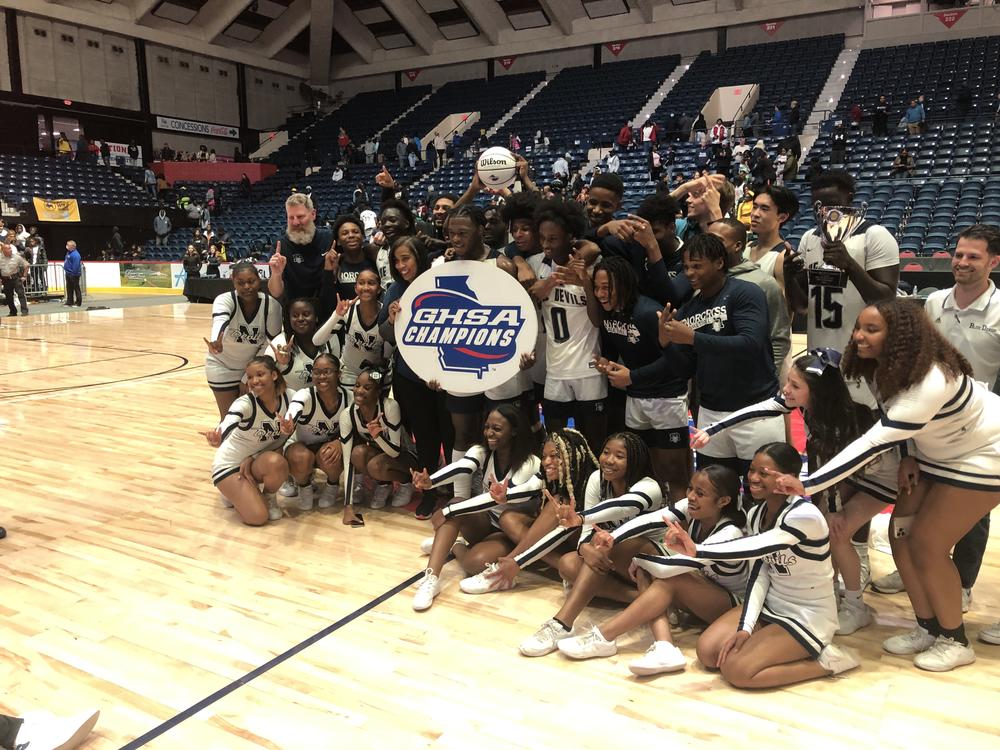 The Norcross boys celebrate their victory in the Class 7A championship game,

Johnson’s four-point play in the third quarter helped change the momentum and enabled the Blue Devils to defeat Region 7 rival Berkmar for the first time. Berkmar had won the previous three meetings this season.

Norcross (26-6) also got 14 points and 12 rebounds from Jerry Deng and 13 points from Samarion Bond. 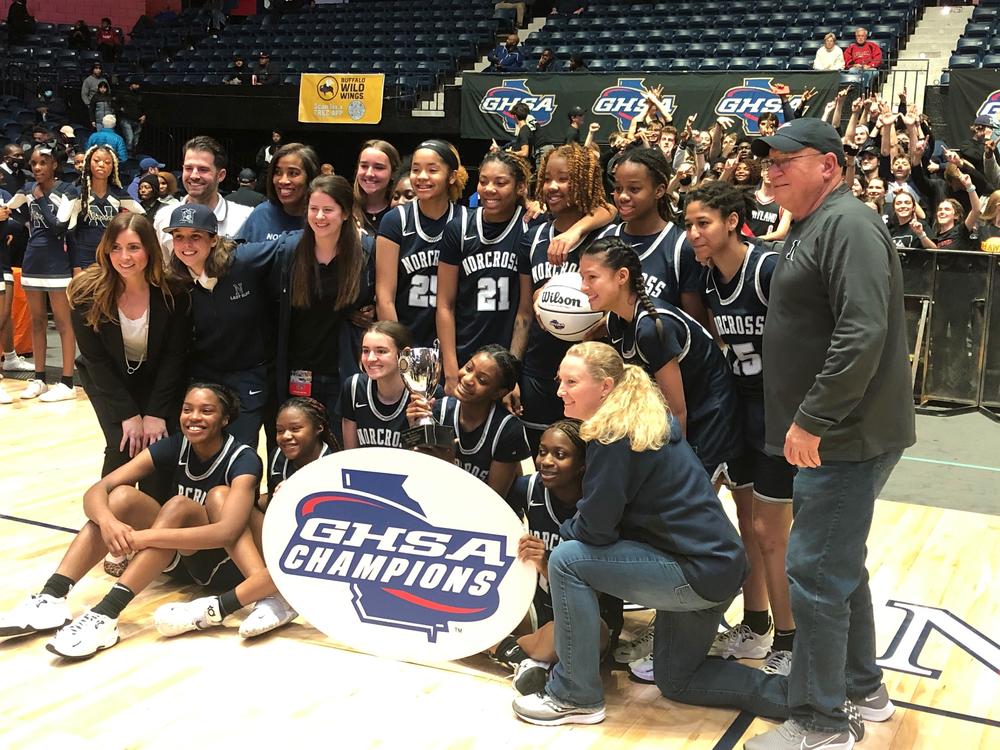 The Norcross girls won their first state championship since 2013.

Zaria Hutson scored 15 points and had 16 rebounds and two steals to lead the Blue Devils to their fourth state championship.

Jania Akins added 14 points and seven rebounds for Norcross (26-5), which broke a close game open by outscoring the Hoyas 22-14 in the final quarter. Denaeja Morton scored seven with three steals. 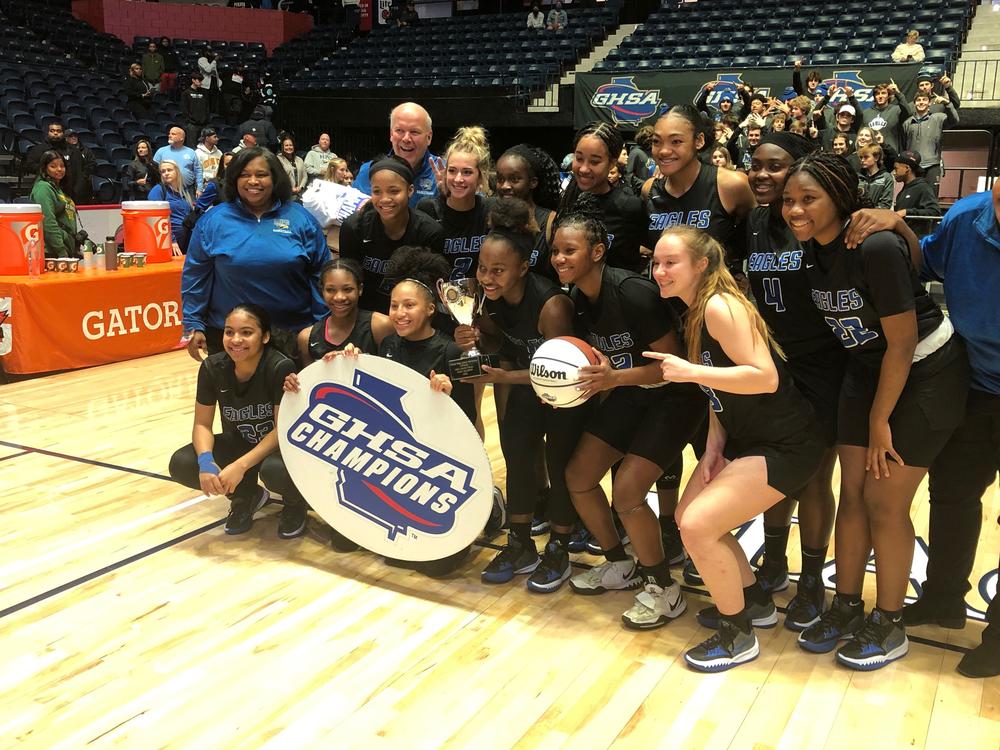 Georgia Tech signee Kara Dunn scored 30 points to lead Mount Paran to its first state championship. Dunn was 9-for-21 from the field and 10-for-15 from the line with six rebounds, three assists and two blocks.

Mount Paran (25-4) also got nine points and three steals from Katelyn Dunning and eight rebounds each from Shamaria Jennings and Jessica Fields. 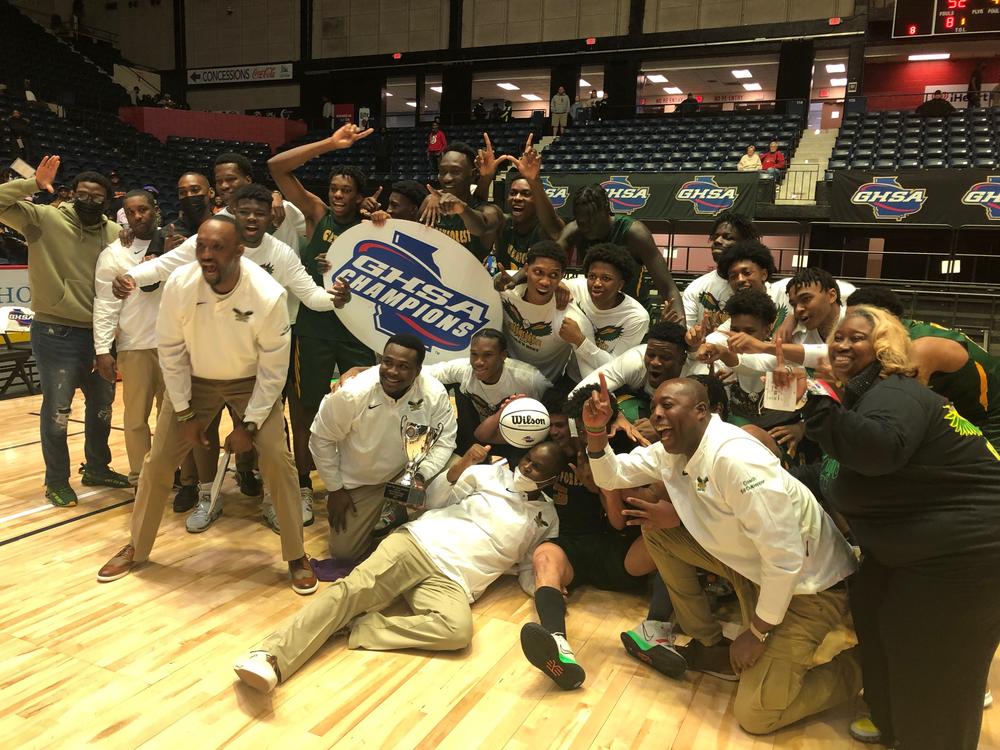 Greenforest captured the Class A Private boys championship for the fourth time.

Jalen Forrest tallied 26 points, six rebounds and two steals to lead Greenforest to its fourth state championship and first since 2017. His brother Justin played on the school’s championship teams in 2016 and 2017 and his father James won a state championship at Southside Atlanta before starring for four years at Georgia Tech.

King’s Ridge (28-5) got 18 points from Isaac Martin, all of them on 3-point baskets, and Micah Hoover, who scored 16 points and had a team-high seven rebounds. 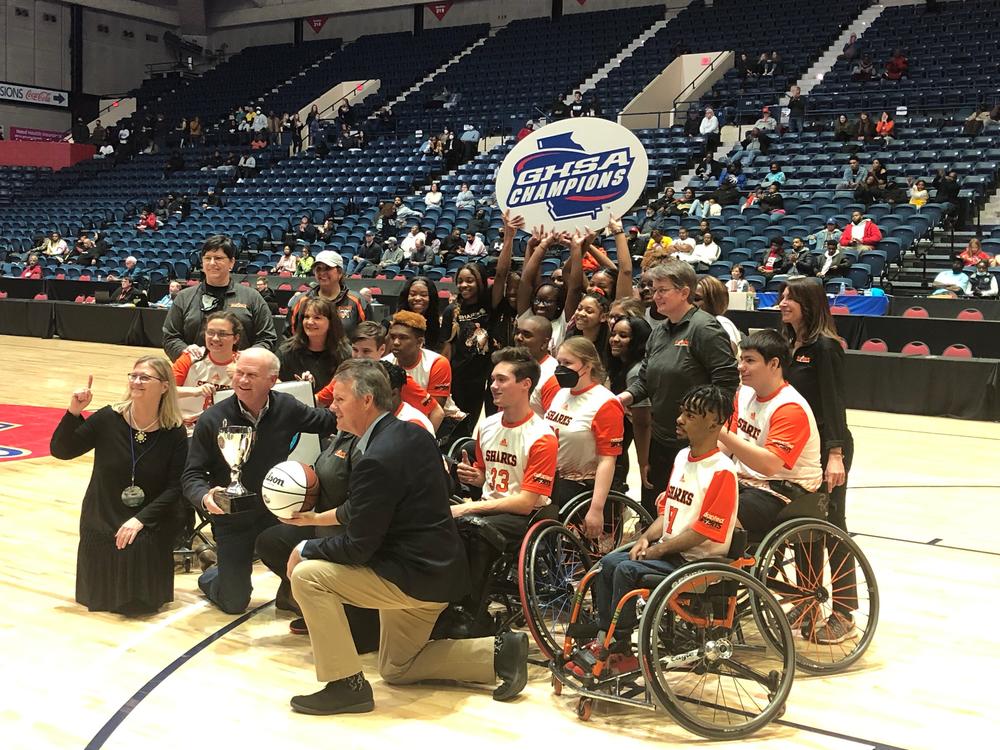 The Houston County Sharks won the American Association of Adapted Sports Programs Wheelchair basketball championship for the ninth time in 10 years. It was the final game for Houston County coach Christy Jones, who is retiring after 14 seasons from a program she helped start.

The DeKalb Silver Streaks were making their first appearance in the title game.