Why Not More Women in STEM Jobs? [AUDIO] 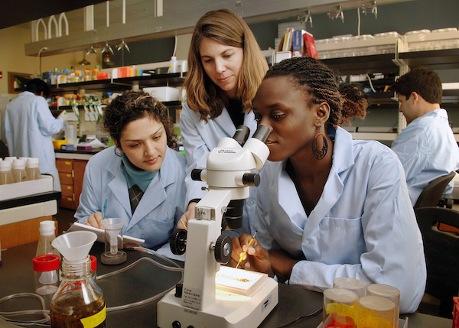 Jobs in Science, Technology, Engineering, and Math (STEM) are widely considered integral to growing advanced economies. The American education system has devoted billions of dollars in recent years in recognition of this fact. Yet, surprisingly less than 1 of every four STEM related jobs are held by women.

This week on Georgia Works Radio we talk to Karen Purcell - Founder, Owner, and President of PK Electrical. She tells us ways to get females interested in STEM and why this is so important.

Also this week on Georgia Works Radio, Savannah has become a major job generator for Georgia. The Savannah area has one of the lowest unemployment rates in the state and it may soon become even lower.

The Outlet Mall of Georgia is under construction and it will ultimately mean more that 1000 jobs - we'll talk to the developer, Ben Carter.

These stories and more on Georgia Works Radio.