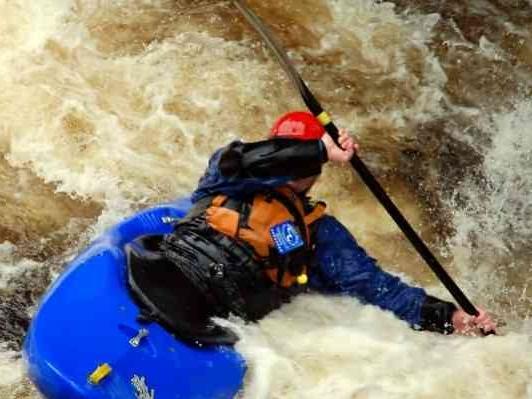 A new whitewater rafting course through the City of Columbus is expeted to bring $42 million annually in tourism dollars and create 700 jobs in the west Georgia city.

The 2.5 mile whitewater rafting project has finally opened after the removal of two dams and 13 years of construction. The course runs along the Columbus river between the cities of Columbus, GA and Phenix City, AL.

According to reporter Dante Renzulli of Columbus TV station WTVM, who was on hand for the Saturday grand opening, "This is a great time out here. The Chattahoochee is a great river. They've done a really good job building these rapids. It's some of the biggest whitewater in the southeast, definitely, if not on the whole east coast," said Lucas Brown of Whitewater Express.

Today, hundreds of people lined the Riverwalk and camped out on the island outside the Eagle and Phenix Apartments to watch the inaugural fleet challenge the rapids. Some spectators say they are basing their decision on whether they too will participate, based on what they observe in the first expedition.

"I think it's pretty awesome. I was a little hesitant about trying it, but now that I've seen everyone out there and how much fun they're having, it's something I might want to try one day," said Dacia Irvin.