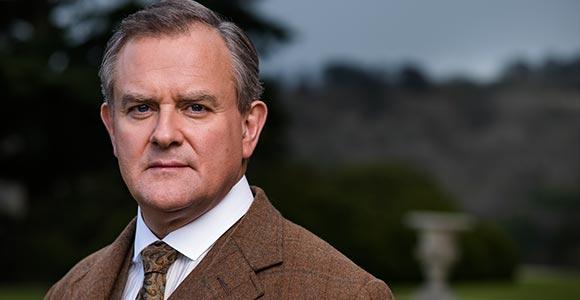 Downton Abbey fans, it’s time to start saying goodbye to the show. The first trailer for series ending season 6 has been released. Consider yourself warned, it will make you weepy. It will also cause you to ask many questions.

Who wouldn’t start crying shortly after pressing play when the incessant Downton theme song is replaced with the mournful opening strains of “Time To Say Goodbye” as sung by Lauren Aquilina?

"If I could stop history in its tracks maybe I would," says Robert in voiceover. On screen, someone slips Mr. Carson’s name card out of its door.

"But I can’t, Carson," Robert tells the estate butler on screen. "You nor I can hold back time."

Watch the trailer without a hankie at your own risk!


The trailer then cuts to a montage of someone closing a door, two people (is one of them Thomas?) striding through what looks like an empty Downton. The trailer takes a slight upturn in mood with shots of Lady Mary holding a drink, greeting an unseen unexpected friendly face; a glimpse of a glammed up Lady Edith grinning at an unknown possible suitor and a string of smiles from the downstairs players: Anna smiles. Mrs. Patmore presumably grins as she (gasp) dances and Mrs. Hughes, we assume, beams at Carson.

"We have had our moments, haven’t we milady?" Anna says to Lady Mary.

"We certainly have," Lady Mary replies.

And just like that, after those light moments, the trailer gets dark again! A spooked Lady Mary walks with a black veiled bowler hat? Wait is she coming from a funeral?

The Dowager, finally! is seen standing up in a church looking distressed. Why does she look like that? Did someone just object at Carson and Mrs. Hughes’ wedding?


Someone drives a car fast. Okay stop trailer! Are you trying to tell us that Matthew really isn’t dead?! Was he really in a coma recuperating in America at the evil Dr. Frankenstein’s house and after having finally escaped is zipping back to Downton to reunite with his true love Lady Mary?

Is that why Lady Mary appears upset a few seconds later? Is that why Lady Edith looks utterly distraught a few frames after as she walks down perhaps a London street? Oh wait, she always looks like distraught.

None of these questions are answered as the trailer ends with Cora and Robert and some other family members looking at Downton maybe for the last time and Mr. Carson closing a door.

Yes weep my fan friends, as the trailer reminds us that UK viewers will see what happens starting September 20 while we have to wait until January. But it's worth the delay to truly prepare for the end.

What did you think of the Downton Abbey season 6 trailer? Let me know in the comments below.