Mr. Carson Gets His Due With Emmy Nomination 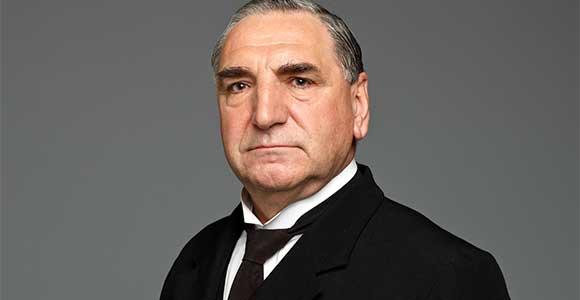 When the Primetime Emmys awards are handed out on September 20, we hope the line “and the winner is Mr. Carson” will be uttered. Actually, the correct line would be “and the winner is Jim Carter” since he plays the supremely humble butler on "Downton Abbey".

While his onscreen character would be embarrassed by the recognition, Carter couldn’t contain his pleasure.

"Naturally I'm thrilled and delighted to be nominated again alongside Joanne Froggatt,” he told British newspaper The Mirror, “and that our eight nominations are a recognition of the wonderful work the whole team have put into making the show."

As he mentioned, "Downton Abbey" received eight nominations, including Outstanding Drama Series and Outstanding Costumes for a Period/Fantasy Series, Limited Series or Movie.

Masterpiece Theatre as a whole snagged 17 nominations including nods for “Wolf Hall” and “The Paradise”.

The Emmy nomination pool is a crowded one. There are more top quality television shows being produced therefore there is more competition. HBO juggernaut “Game of Thrones” leads the pack though with 24 nominations.

If “Downton Abbey” is snubbed this year, it still has one more shot in 2016. That is when its sixth and final season, in production now, airs.

It premieres in September in the U.K. and in January 2016 in the United States.

Do you think Mr. Carson (I mean Jim Carter) has a shot at an Emmy award? Let me know.