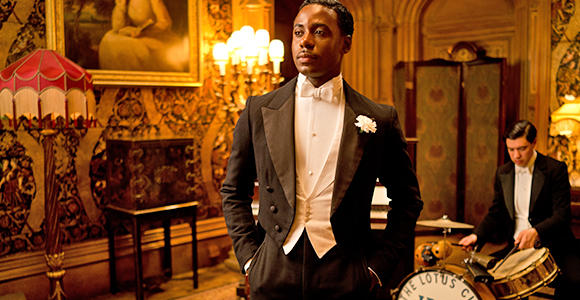 Downton fans set your alarm clocks and phones to send an alert on Monday, February 3 at 12 p.m. That’s when you’ll be able to live chat with Downton Abbey hunk Gary Carr. He plays jazz singer Jack Ross and Lady Rose’s current crush. Carr joined the cast this season so you'll learn what filming the show is like from a newbie’s perspective.

You can chat with Gary Carr on this blog, by scrolling down a bit and typing your name in the chat box. (Make sure you bookmark this page so that you can return to it on Monday!)

Carr is a new face for many American viewers but he is more well known to Brits. He starred in the British show “Death in Paradise.” Read more about Carr and the new guys on Downton Abbey in my post The New Guys of Downton Abbey.