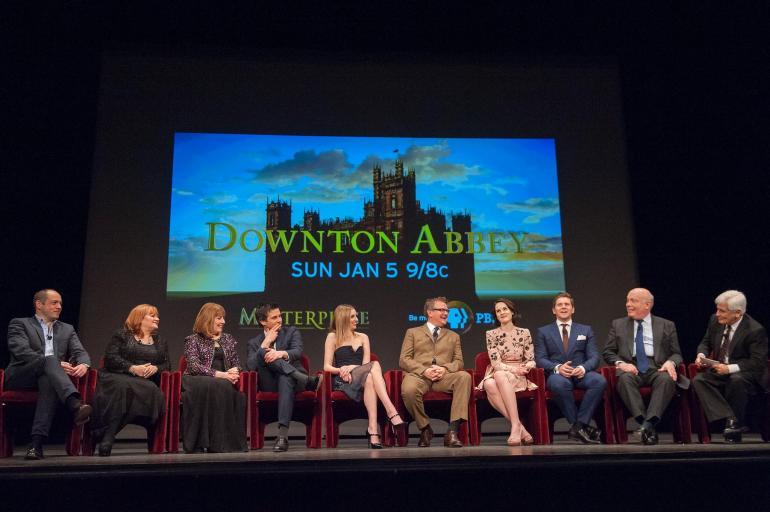 Live from New York it’s the Downton Abbey cast! Last night they gave a funny and often playful q & a session to a live audience in New York that was streamed on YouTube. If you missed it, don't worry. Scroll down a bit and you can watch it right here.

Once again Julian Fellowes explained why cousin Matthew had to be killed off the way he was at the end of last season. No hard feelings between Dan Stevens (or the actor formerly known as cousin Matthew) as they apparently all had dinner drinks together.

But it was Rob James Collier who stole the show often giving out his hotel room number to swooning female fans. It's room 290 by the way, ladies!

Enjoy the video. Plus to truly get your Downton Abbey fix, be sure to join us for our gala screening for season four. Then be an insider by downloading the special Downton Abbey edition of our iPad magazine Your GPB which comes out next week.