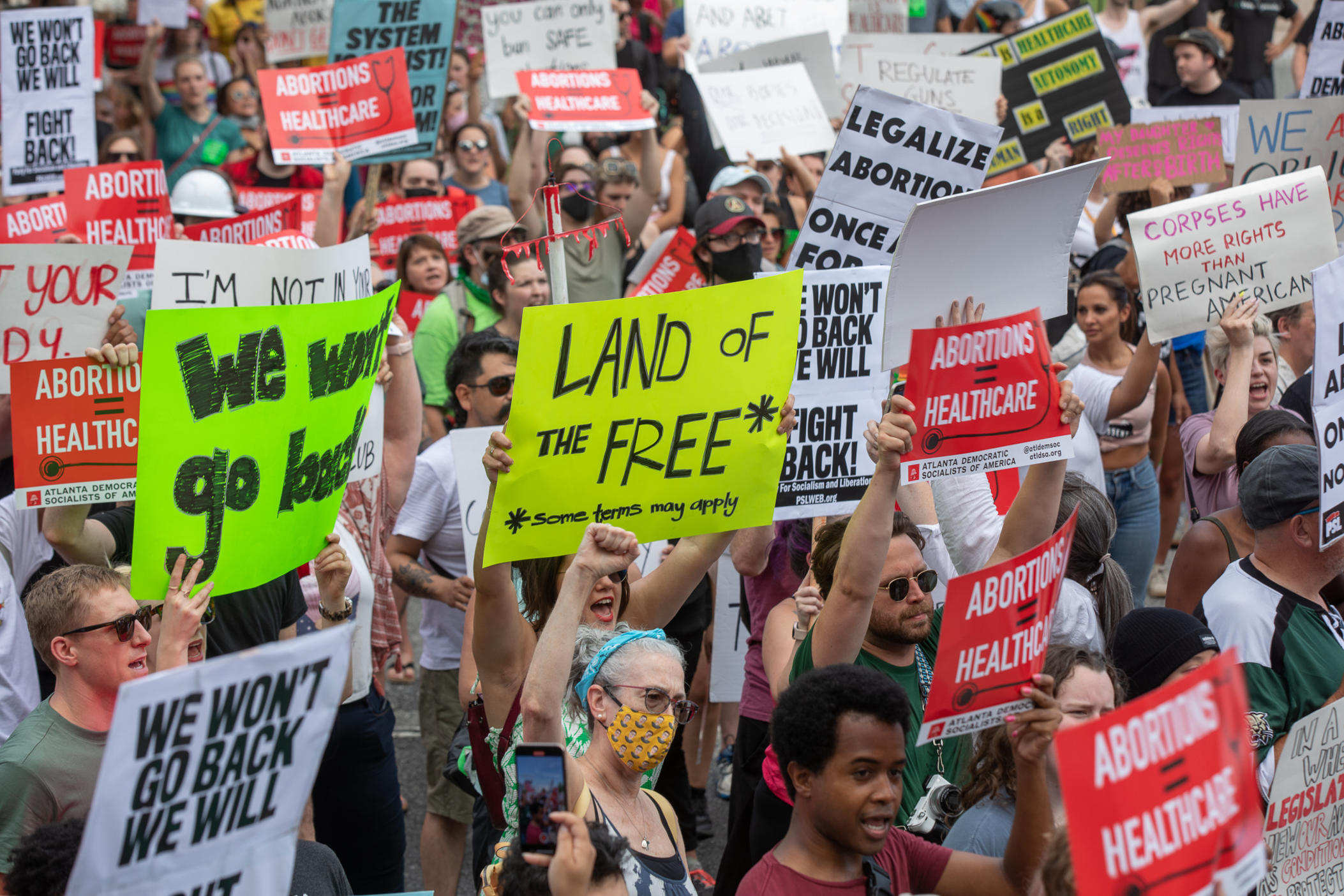 Abortion rights advocates and providers are moving against Georgia’s abortion ban, this time in a new case filed in state court.

The most recent challenge comes less than a week after a federal court of appeals decided Georgia’s strict abortion ban would immediately take effect.

The law bans most abortions when fetal cardiac activity can be detected — usually around six weeks of pregnancy — and grants certain rights to the fetus through controversial personhood provisions.

A group of abortion rights advocates and providers, along with a handful of physicians, filed a lawsuit Wednesday in Fulton County Superior Court alleging that the law violates the state constitution.

Plaintiffs argue that the law violates a patient’s right to privacy to make personal medical decisions in conjunction with their doctors. It also argues that a provision that allows prosecutors to request medical records from health care providers and women who live in their jurisdiction is another infringement on privacy.

“This abortion ban sends a disturbing message that Georgia is closed to women seeking equal opportunity and basic rights to make private decisions about their future,” said Andrea Young, executive director of the ACLU of Georgia.

The American Civil Liberties Union is asking the court to block the law while litigation plays out.

In response to a request for comment on the litigation, Georgia Attorney General Chris Carr's office said that it is currently reviewing the case.

Georgia’s abortion ban, passed in 2019, was held up in court for nearly three years. A district court originally sided with plaintiffs and temporarily blocked the ban from being implemented.

But after the Supreme Court’s June decision to dissolve nearly 50 years of federal abortion protections, a federal appeals court decided the ban was lawful and signaled it would immediately take effect.

The outcome was anticipated by abortion rights advocates who saw the Supreme Court’s decision as a signal for Republican-controlled states to start cracking down and in some cases banning abortions completely.

But the decision by the federal appeals court to allow the ban to immediately take effect shocked advocates and providers.

“There are a lot of things the 11th Circuit Court of Appeals should have done differently,” said Julia Kaye, an attorney with the ACLU. “It was horrifying that that federal appeals court put this ban — which criminalizes the practice of medicine — into effect immediately with no warning for health care providers or patients.”

Plaintiffs are also arguing that under the Georgia Constitution, the law is “void on arrival,” meaning it cannot be implemented despite the decision by the Supreme Court because it violated federal constitutional law at the time it was passed.

Abortion providers said that when the ruling was released last week, they were forced to turn away patients who were already in waiting rooms and cancel upcoming appointments.

“Today, we are sending a very clear message that we are not giving up,” said Monica Simpson, executive director of SisterSong. “That this work must continue to ensure that Georgians are able to live in a state where they are able to make their own decisions about their own lives and their own futures.”

Legal experts anticipated that opponents of the new law would challenge it on the grounds that it violates the right to privacy.

The protections are so enshrined that the Georgia Supreme Court in 1998 struck down a law that made it illegal for LGBTQ individuals to have sexual relationships, even when the U.S. Supreme Court ruled such laws didn’t violate the U.S.  Constitution.

The federal appeals court also ruled that the so-called fetal “personhood” language included in the bill was not too vague and let that provision remain in the law.

Opponents argue that changing the definition of a “natural person” in Georgia’s code will create more questions than answers for both the state's health care and legal system.

The change touches everything from tax provisions to driving in the HOV lane. A pregnant person may even be able to file the fetus as a dependent on their income tax returns.

Questions about the personhood language application are expected to create a flurry of confusion that will likely tie up state courts with challenges.