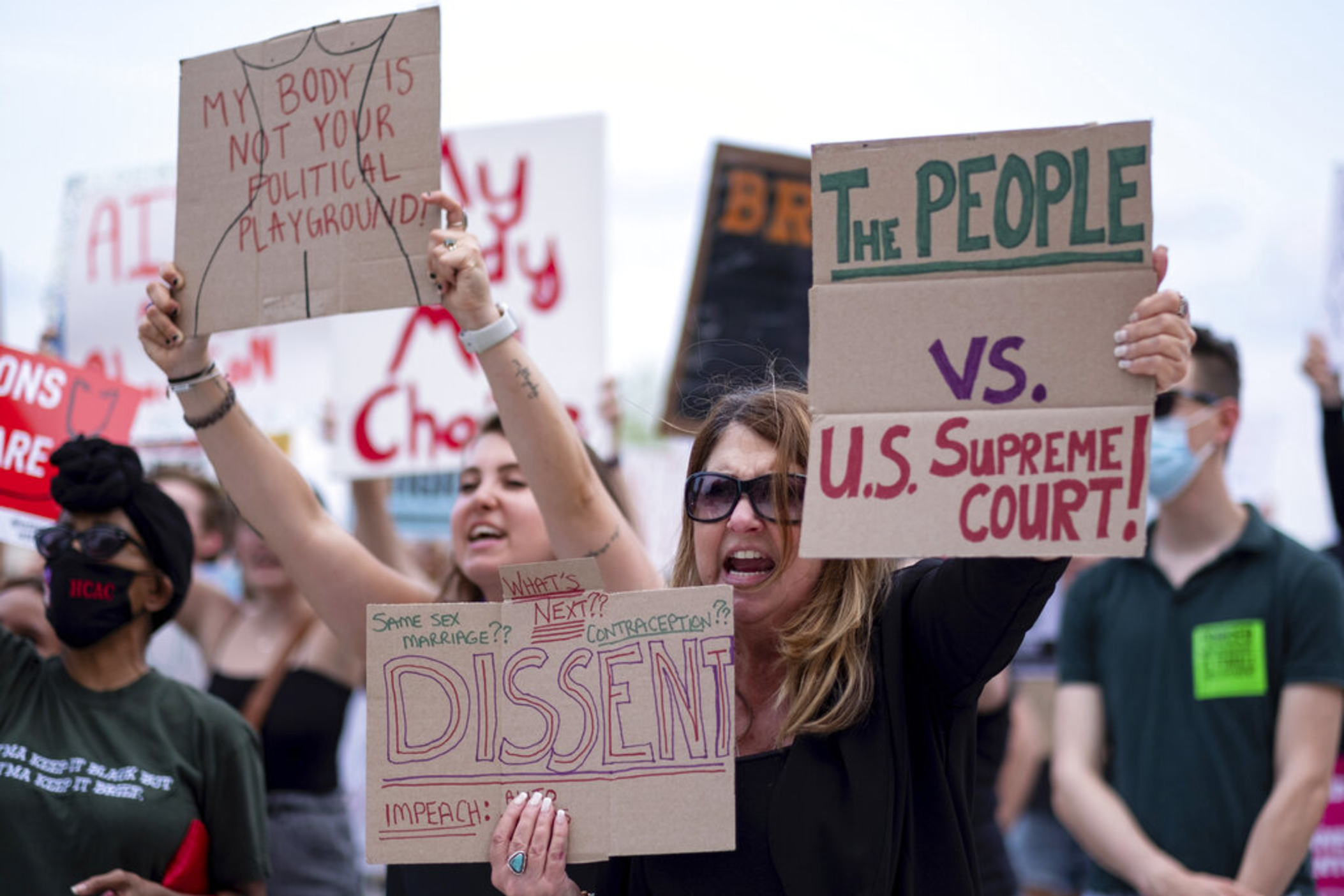 Caption
Kristy Card, right, protests with her daughter Sierra Worman in front of the Georgia State Capital in Atlanta on Friday, June 24, 2022, against the Supreme Court decision striking down Roe v. Wade. On July 20, 2022, a federal appeals court upheld Georgia's six-week abortion ban, which had been blocked since its passage in 2019.
Credit: AP Photo/Ben Gray

A federal court ruled Wednesday that Georgia’s 2019 abortion law can take effect after the Supreme Court abolished nearly half a century of abortion rights protections.

Georgia’s law, which bans most abortions when fetal cardiac activity is detected — usually around six weeks of pregnancy — has been held up in court for more than three years.

But on Wednesday the 11th U.S. Circuit Court of Appeals sided with the state, saying that since Roe v. Wade was overturned, Georgia’s ban is lawful.

“Dobbs v Jackson Women’s Health Org., makes clear that no right to abortion exists under the Constitution, so Georgia may prohibit them,” the court decision reads.

“We are overjoyed that the court has paved the way for the implementation of Georgia’s LIFE Act,” Kemp said. “And as mothers navigate pregnancy, birth, parenthood, or alternative options to parenthood — like adoption — Georgia’s public, private, and nonprofit sectors stand ready to provide the resources they need to be safe, healthy, and informed.”

Last month, parties involved in the lawsuit were directed to submit briefs summarizing the impact of the Supreme Court’s decision on their arguments that were filed Friday.

The state urged the court to let the law go into effect, citing that citing that abortion rights advocates no longer have a case.

The 2019 law, House Bill 481, includes controversial “fetal personhood” language, which makes an unborn fetus a “natural person” in Georgia code — a change that could have sweeping impacts in many different areas of state law.

Abortion rights advocates who sued the state over the near total abortion ban argued that although the Supreme Court’s decision no longer supports stopping the ban completely, the personhood provisions are still too vague.

Abortion is no longer legal in Georgia up to around 22 weeks of pregnancy. The judges ruling made House Bill 481 current law.

After the Supreme Court’s ruling, advocates and abortion providers said they expected Georgia’s strict abortion ban to be upheld in court and eventually take effect.

Georgia’s new law criminalizes most abortions after around 6 weeks, with exceptions for rape or incest if a police report is filed. There are also still exceptions in cases of a medical emergency or when a pregnancy is diagnosed as "medically futile."

The law sets up a new battle between state and local officials who said they will not enforce the law. A handful of district attorneys in liberal-leaning areas have pledged not to use their resources to criminalize women seeking abortions and safe abortion providers.

Experts also suspect that attorneys against the law may have a case that the ban violates a woman’s right to privacy under the state constitution.

The ruling is also set to shake up the state’s general election cycle. Abortion rights advocates have stressed the importance of Georgians taking to the ballot box in November.

“The ACLU of Georgia will continue to fight for abortion rights for the women of Georgia with all of the tools at our disposal,” said Andrea Young, executive director of the ACLU of Georgia. “At the same time, Georgia voters have the opportunity to vote out politicians who oppose a woman’s right to decide when, whether, and with whom she wants to have a family.” 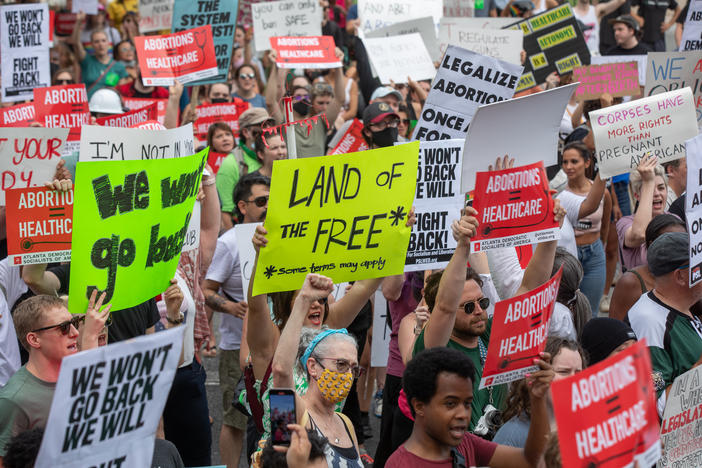