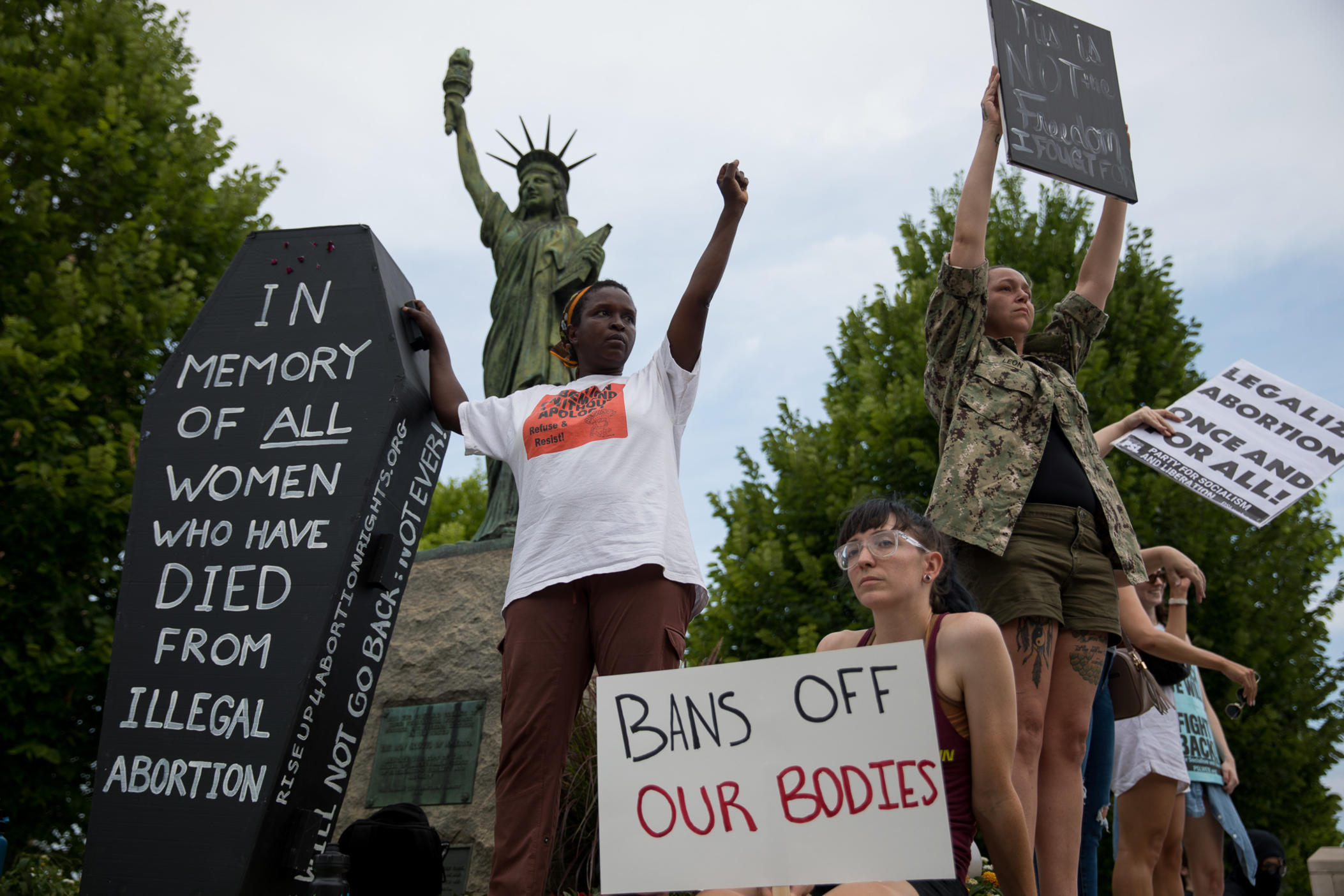 Georgia’s new abortion law and controversial personhood language is expected to create a flurry of confusion that experts argue will likely tie up state courts with challenges.

House Bill 481 — the state’s recently enacted law that bans most abortions at around six weeks of pregnancy — creates more questions than answers for both the state's health care and legal system.

Questions such as: Can a pregnant woman be jailed? If so, does that mean the fetus inside her is being jailed also? Or is the fetus of an undocumented immigrant legally a U.S. citizen, since it was conceived inside the country?

A federal appeals court ruled Wednesday that Georgia’s 2019 abortion ban, which had been blocked for three years, could immediately take effect. Since the Supreme Court overturned Roe v. Wade, the court decided Georgia's ban is lawful.

The law bans most abortions after fetal cardiac activity can be detected — around six weeks and often before a person knows they are pregnant. There are carved-out exceptions if the mother’s life is at risk or for instances of rape and incest if a victim files a police report.

The federal court also ruled that the law’s controversial fetal personhood language — that grants rights to the fetus — was not too vague to be struck down, although many raised flags on how it could create an avalanche of confusion.

Legal experts told GPB News that as of now, there are many unknowns.

Fred Smith, professor of constitutional law at Emory University, said those unknowns will have to be ironed out in state courts.

“It’s brand-new territory,” Smith said. “These are going to be litigated probably on a case-by-case basis in factual circumstances that look very different from one another.”

A lot of how the law is interpreted is going to fall on prosecutors and how they interpret the statutes — especially as it relates to rights of a fetus. A federal court in Arizona recently blocked a law granting rights to fetuses, embryos and fertilized eggs.

The new definition of a “natural person” in Georgia code touches everything from tax provisions to driving in the HOV lane. A pregnant person may even be able to file the fetus as a dependent on their income tax returns.

When Roe v. Wade was overturned, a handful of district attorneys vowed not to use their resources to prosecute women and providers of safe abortions. But that’s just a fraction of the state’s nearly 50 district attorney offices.

Smith said what he believes Georgians can expect is a patchwork of prosecutorial discretion based on how district attorneys interpret the law — particularly when it comes to whether or not a woman could be investigated for a miscarraige.

Another hypothetical scenario: A potential homicide charge extends especially to doctors who perform an abortion after fetal cardiac activity is detected. Under the law, they could be guilty of criminal abortion and face between one and ten years in prison.

Could prosecutors charge the provider with murder?

These situations are “not unfathomable,” Smith said.

Under the new law, district attorneys have the authority to gather health records from medical facilities related to abortion services, she said. They can get these records from any facility in their jurisdiction and for any woman who lives within their district — even if they received services elsewhere.

Other questions about whether the fetuses of undocumented immigrants are eligible for public benefits — questions that arose during hearings on the bill in 2019 — are being debated again.

“Even if we are talking about somebody who is undocumented, the unborn child [in Georgia] is now, as of fertilization, a U.S. citizen because they are in the United States,” Steigerwalt said.  “And so now they have the ability to get access to certain things that their parent does not.”

In an interview with GPB News, Martha Zoller, a conservative political commentator and executive director of the Georgia Life Alliance, pushed back against the potential unintended consequences of personhood language.

“One of the things when we worked on the Heartbeat Bill in 2019 is that getting the personhood language in there was very important,” she said. “And really we are probably the leader in the country on this. And so we will have a lot of scrutiny on the language and it will be a precedent.”

She said the Georgia Life Alliance doesn’t believe women are at risk of prosecution for things like miscarriages or obtaining abortion services out of state.

A violation of the Georgia Constitution?

State courts may not only have to face tough questions about the impact of personhood language but another challenge: that House Bill 481 violates the Georgia Constitution’s right to privacy.

State Sen. Jen Jordan, an Atlanta Democrat and candidate for Attorney General, is confident in the argument.

Legal experts agree this is the strongest avenue to challenging the law.

“Georgia was among the first — if not the first state — to rule that their own state constitution has a right to privacy,” Smith said. “Throughout the 120 years or so since, the Georgia Supreme Court has said that Georgia's right to privacy is more extensive than the federal right to privacy.”

The protections are so enshrined that the Georgia Supreme Court in 1998 struck down a law that made it illegal for LGBTQ individuals to have sexual relationships, even when the U.S. Supreme Court ruled such laws didn’t violate the federal constitution, Smith said.

A right to privacy challenge of the abortion ban could also take place in state court, he said. 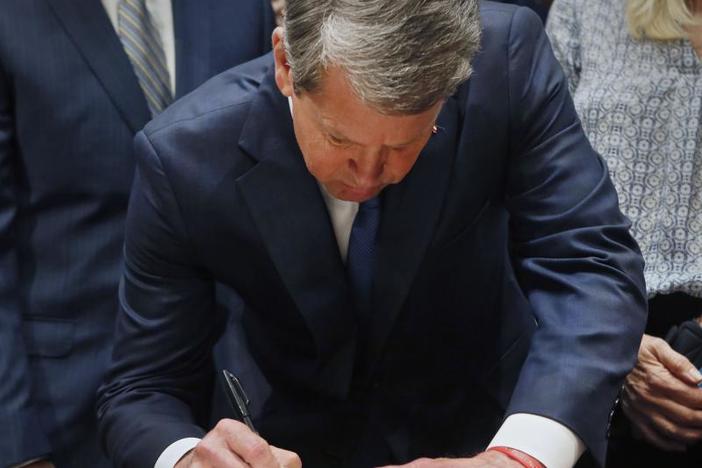 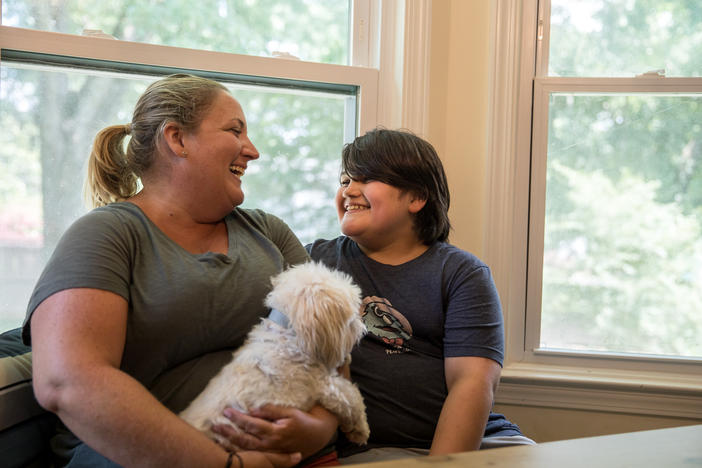 Georgia Democrats in Congress are pushing for a $35 cap on co-pays for insulin to offer some financial relief for millions who rely on the drug to survive. But the proposal faces obstacles in the U.S. Senate.