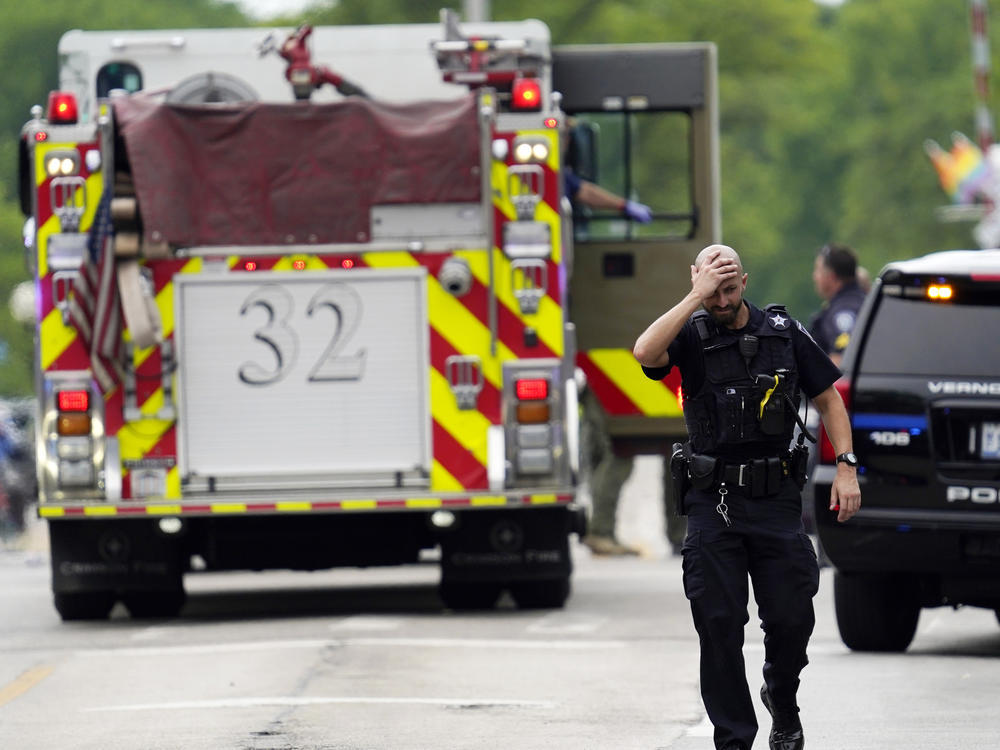 A police officer reacts as he walks in downtown Highland Park, Ill., a suburb of Chicago, Monday, July 4, 2022, where a mass shooting took place at a Highland Park Fourth of July parade.

1. Highland Park, Ill., shooting at a parade over the Fourth of July weekend brings up questions about gun control.

3. Impact of Georgia's abortion law on communities of color.

4. Georgia elections are on track to become historically expensive.

Wednesday on Political Rewind: Terence Moore joins the panel to talk about his new book, The Real Hank Aaron.