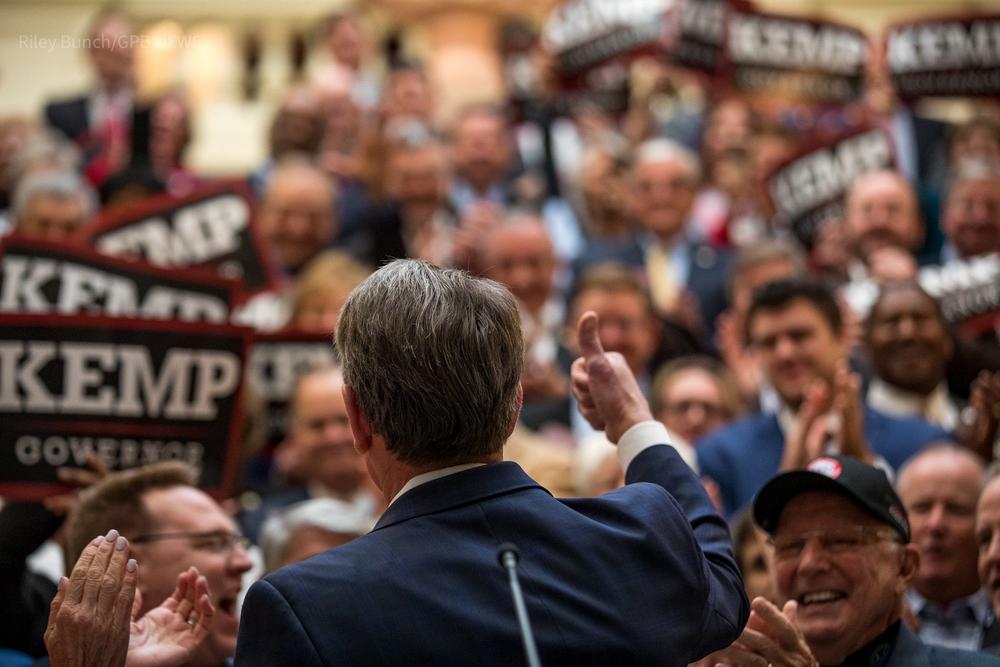 Gov. Brian Kemp gives the thumbs up to supporters as he officially submits paperwork at the Georgia Capitol to run in the 2022 gubernatorial election.

1. Republicans in the Georgia House propose an election security bill.

Dr. Amy Steigerwalt gave us the rundown on what is in the last-minute elections bill in the General Assembly.

3. Georgia's corporate giants react to the Russian invasion of Ukraine.

We are back on video on Friday. Watch us live at GPB.org/politicalrewind and Facebook.com/gpbnews. And watch us on GPB-TV at 7pm on Fridays.