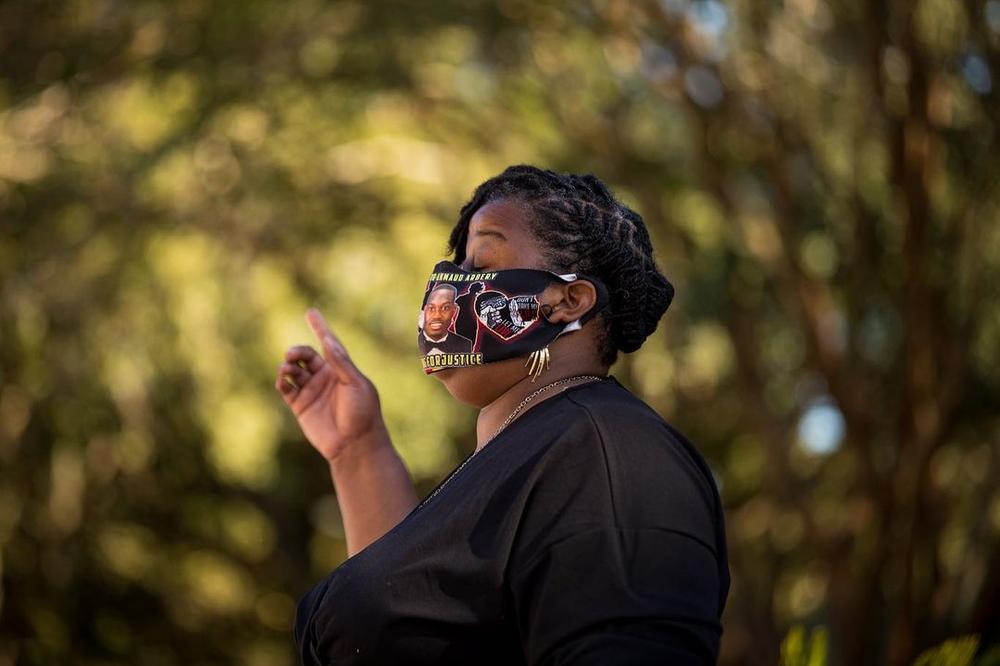 Family and friends of Ahmaud Arbery gathered to mourn his death and pray for three guilty verdicts in October prior to the November conviction. The group retraced Arbery’s final steps down Satilla Drive where the young man went on his last run. The trial pushed Brunswick, Ga., into the national spotlight — a spotlight many in the community dread.

1. Judge Timothy Walmsley sentences Greg and Travis McMichael to life in prison without the possibility of parole.

2. Meanwhile, a federal hate crimes trial of the three men is scheduled to begin next month.

The Current's Margaret Coker said a jury pool from a wider geographic area of Georgia is only one of the differences in the federal hate crimes trial set to begin in February.

3. While media attention largely remains on the trial, community organizers in Glynn County push for structural changes and concrete reforms for working-class residents.

Co-founder Elijah Bobby Henderson said as evidence of racial animus comes forward in the federal trial, A Better Glynn's mission will continue to be to make a difference in the lives of working-class residents.

Next week on Political Rewind: