Most nations are promising to end deforestation, but skeptics want proof

More than a hundred countries just promised to protect and restore forests. Similar pledges in the past have not succeeded, but forest advocates hope that this effort can learn from past mistakes.

In recent weeks, more than 100 nations have signed a high-profile pledge to end the clearing of forests. Similar promises in the past have not been successful, but there are a few reasons why this one might produce better results. NPR's Dan Charles reports.

DAN CHARLES, BYLINE: The new Leaders' Declaration on Forests got rolled out with a flourish at last month's climate summit in Glasgow, Scotland. U.K. Prime Minister Boris Johnson made the case for trees.

CHARLES: He announced that countries that control the vast majority of the world's forests are pledging to halt and reverse deforestation by 2030. They include Brazil, Indonesia, Russia, most African countries. But as Johnson left the room, an Indigenous activist from Chad named Hindu Ibrahim took the podium, and she sounded skeptical.

HINDU IBRAHIM: Some government and company, including in this room, are responsible for the deforestation in many areas.

CHARLES: Ibrahim said to the audience, these pledges are great, but let's see what you actually do before the next big climate meeting a year from now. Frances Seymour, an expert on tropical forests at the World Resources Institute, says that's what a lot of people are thinking because promises have not produced results in the past. There have been changes, though, she says, some reasons for hope. For instance...

FRANCES SEYMOUR: How much progress we've made in being able to detect deforestation through satellite technology.

CHARLES: And Seymour says they now also understand much better how to stop it.

So what's your favorite success story?

SEYMOUR: Well, you know, the big and most significant one was, ironically, in Brazil.

CHARLES: She says deforestation there has been driven by land grabbing, people seizing and clearing land, claiming it as their own and then reselling it for cattle grazing or soybean farming. About 15 years ago, a new administration in Brazil started enforcing laws against this.

SEYMOUR: You can see it from space. You know, we can see the boundaries of Indigenous territories from space because they are very effective forest stewards.

CHARLES: Seymour says deforestation dropped by about 80%. It only surged again when a new government took over and dropped forest protection as a priority.

You know, Brazil signed on to this new pledge. Do you trust them?

SEYMOUR: (Laughter) Long pause. We would need to see a course correction to have any confidence that this is going to make a difference.

CHARLES: There are other places, Seymour says, where the recipe for protecting forests is more complicated.

SEYMOUR: Where deforestation is being driven by poverty. And that would be the case in much of sub-Saharan Africa.

CHARLES: There, local people are cutting down trees for firewood or to clear land for their own crops. Seymour says you can't just punish them. They need help finding more sustainable ways to earn a living and feed themselves. This latest pledge does have some money behind it. A dozen countries, including the U.S., have promised $12 billion over the next four years to support Indigenous communities, deforestation, free agriculture and land restoration. Seymour says she and her fellow activists are having nonstop discussions right now about how to make sure the pledges lead to meaningful action. 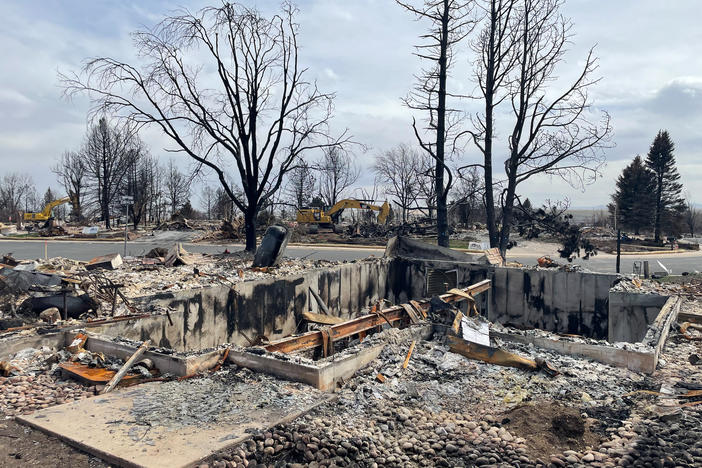 After a rough year, new wildfire warnings have Boulder, Colo., on edge

Boulder is again under a red flag warning for extreme wildfire danger as powerful winds like those that fanned a destructive blaze in December return to the drought stricken region. 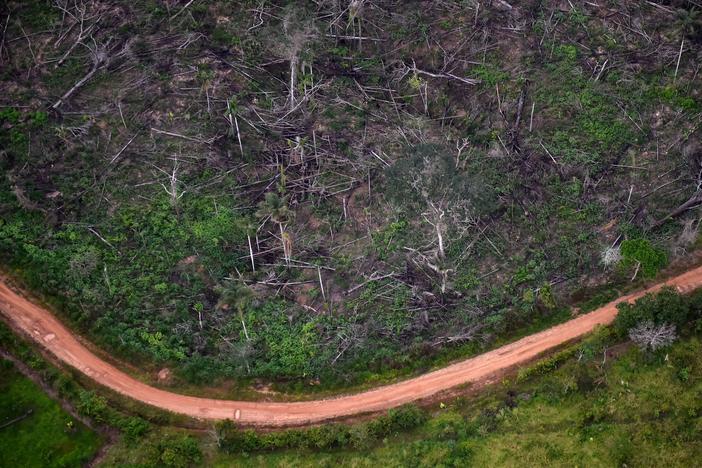 Nations with 85% of Earth's forests pledge to reverse deforestation

More than 100 countries have pledged to reverse the loss of crucial forestland needed to reduce carbon dioxide emissions. 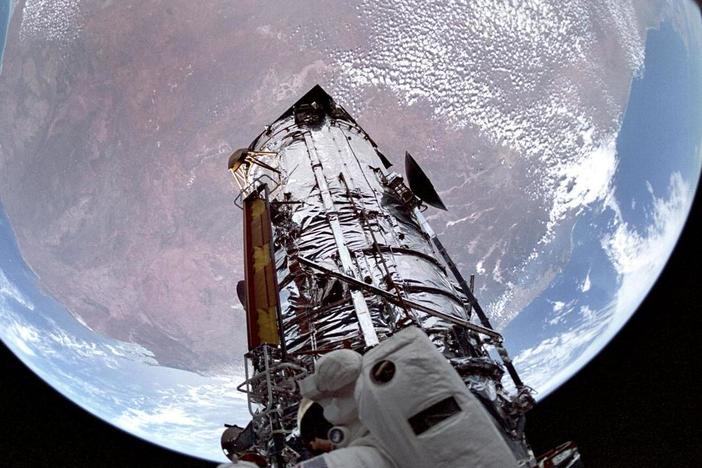 Astronomy's contribution to climate change rivals the emissions from some countries

Building and operating telescopes can generate a lot of greenhouse gases. In fact, it's as if each astronomer in the world was driving more than 100,000 miles per year, a new study finds.