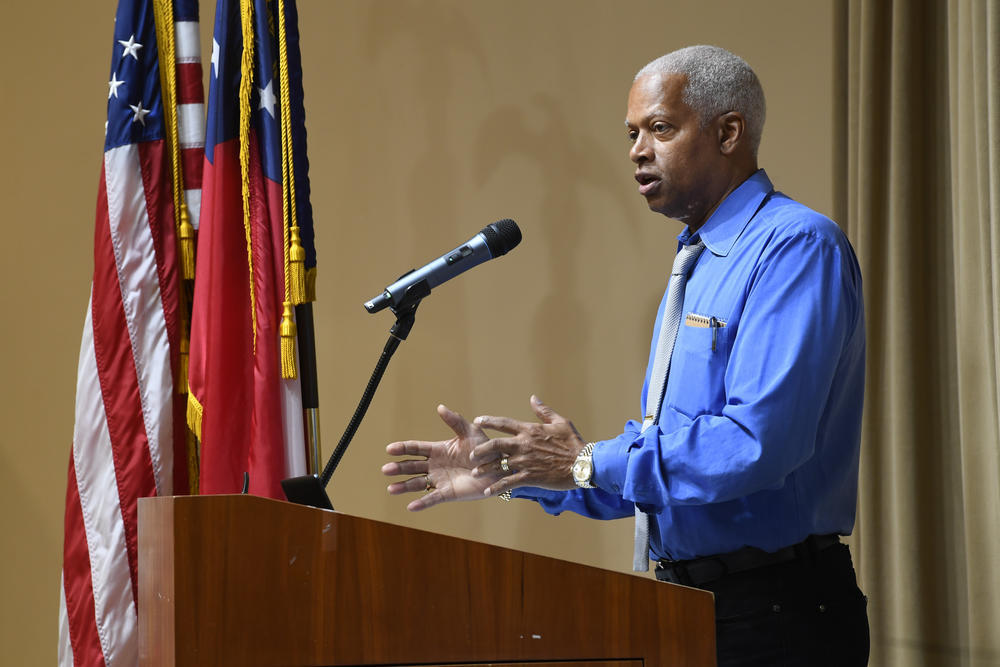 Democratic U.S. Rep. Hank Johnson, shown here in 2019, was arrested on Thursday during a voting rights rally in Washington, D.C., according to his office.

Democratic U.S. Rep. Hank Johnson was arrested on Thursday, according to his office, during a voting rights rally in Washington, D.C.

A spokesman for Johnson confirmed the Georgia congressman was among a small group arrested outside of the Hart Senate Office Building during a Black Voters Matter protest.

Johnson was with voting rights activists and members of several Black fraternities including his own, Omega Psi Phi, his office said.

In a statement, Johnson's office said the congressman was arrested along with a group of Black male voting rights activists who were protesting "voter suppression bills"  introduced in Republican-controlled states following the 2020 election — bills that "target students, the elderly and people of color," the statement said.

"In the spirit of his dear friend and mentor — the late Congressman John Lewis — Rep. Johnson was getting in 'good trouble' fighting for and protecting civil and voting rights for all Americans," Johnson's office said in the statement.

Protesters also called for movement of the stalled voting rights package in the U.S. Senate.

Democratic members of Georgia’s congressional delegation have pushed for the passage of voting rights legislation in Congress after the Georgia General Assembly enacted a sweeping election bill citing false allegations of election fraud.

But efforts to counteract state actions have fallen short after U.S. Senate Republicans blocked debate on the “For the People Act” by using the filibuster last month.

Johnson is serving his eighth term representing Georgia’s 4th Congressional District, which encompasses parts of DeKalb, Gwinnett and Newton counties and all of Rockdale County.