Wednesday on Political Rewind: A methodical study of 15,000 Cobb County absentee ballot signatures by state law enforcement and election officials failed to turn up a single instance of fraud, according to the Secretary of State’s office. President Donald Trump and his Georgia supporters have argued for weeks that fraudulent absentee ballots contributed to his loss here.

President-elect Joe Biden and Vice President Kamala Harris have announced they will return to Georgia next Monday, ahead of Tuesday’s final day of voting in the Senate runoff election.

The president plans on visiting the state that day, too. Earlier today, Trump called for Gov. Brian Kemp to resign from office over baseless accusations of election fraud. 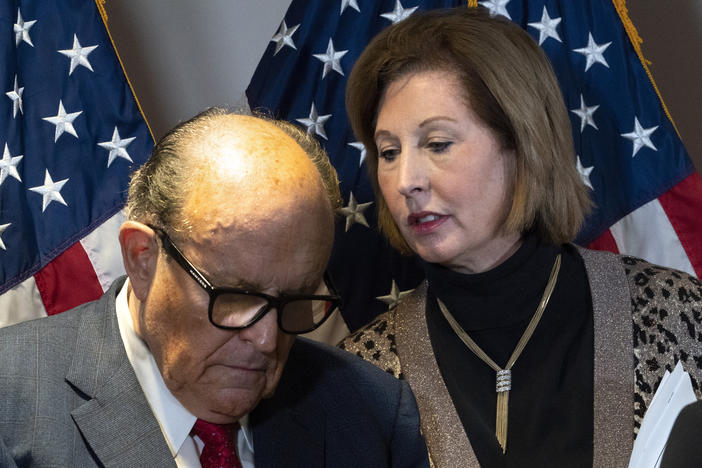 Political Rewind: Unproven Tales of Election Fraud Muddy Waters For Runoffs And Beyond

Tuesday on Political Rewind: President Donald Trump and his allies continue to spin conspiracy theories aimed at overturning the outcome of the vote. Georgia continues to be a prime target, despite repeated failures to change the results here.

Meanwhile, the Senate runoff election continues to be dominated by the president’s refusal to concede defeat.