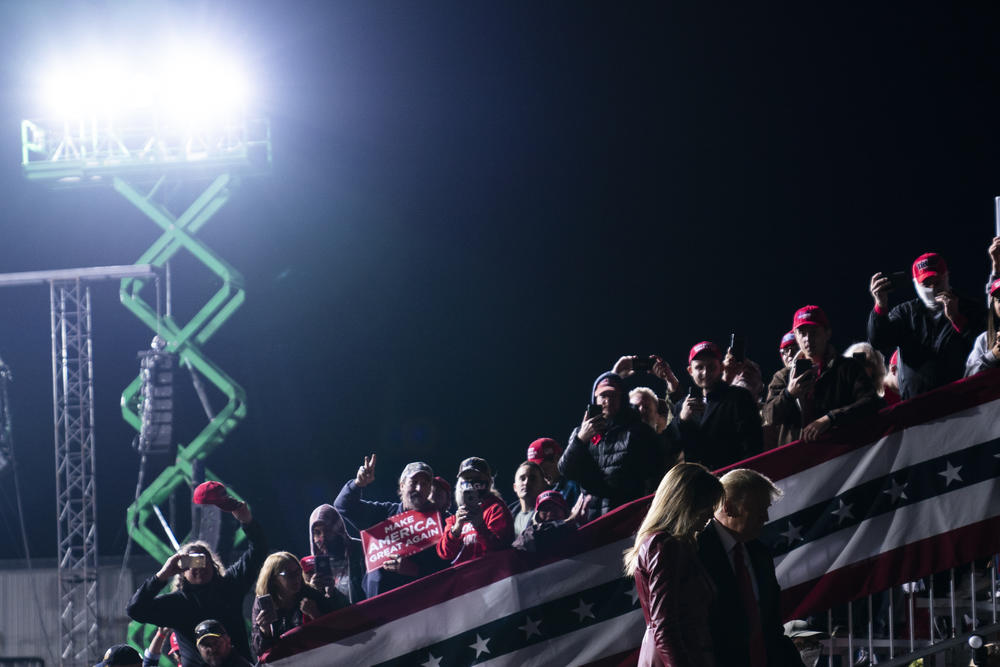 In the other Senate runoff debate, Sen. David Perdue declined to attend. This left Democratic challenger Jon Ossoff facing off against an empty podium onstage as he decried Perdue's record and painted a picture of how his own policies would help Georgians.

Plus: Rudolph Giuliani’s positive diagnosis for COVID-19 raises concerns that state legislators and others may have been exposed to the virus late last week at a crowded Georgia state senate committee hearing. Giuliani is reportedly being treated in a Washington, D.C. hospital.