Millions Of Homes Are At Risk Of Wildfires, But It's Rarely Disclosed

Many homeowners who lost everything in a wildfire had no idea they were at risk. Only two states require disclosing wildfire risk to buyers in the house hunting process.

Record-breaking wildfires in the West have destroyed more than 10,000 homes and buildings this year. Many people there have little idea of the risk they face. And as an NPR investigation has found, few states require that risk to be disclosed. NPR's Lauren Sommer reports.

LAUREN SOMMER, BYLINE: In a year like this one, it's easy to get frustrated with being home all the time. That's a feeling that Jennifer Montano misses.

JENNIFER MONTANO: You realize quickly it wasn't that bad (laughter) being stuck at home.

SOMMER: Because now her home is a pile of debris.

J MONTANO: Yeah, so that would've been our fridge over there. The...

SOMMER: The fridge is just a charred metal box. All that's left of the piano is a ball of wires. It's a week since the LNU Lightning Complex burned through Vacaville, Calif. Jennifer and her family are seeing if anything is left.

J MONTANO: That was it - part of Christmas in there.

SOMMER: It was late at night when they got the alert that the fire was moving faster than anyone realized.

J MONTANO: Two sheriffs, I believe, showed up and said, you guys have 10 minutes to go.

SOMMER: She and her husband Ryan grabbed what they could before running to their cars.

RYAN MONTANO: Once you see fear in a firefighter's eyes, that's when you know things aren't good.

SOMMER: When she and Ryan moved here seven years ago, they loved the hills and the oak trees. The risk of losing their home in a wildfire wasn't part of the conversation.

R MONTANO: We had a good preparation plan for evacuation, but you can prepare to only take so much. You can't just throw your house in the back of a truck and go.

SOMMER: This is a pretty common story. Close to 60 million homes have been within less than a mile of a wildfire since 1992. But many people move in without really knowing what the risk is.

KIMIKO BARRETT: It should be part of that initial conversation from the very beginning.

SOMMER: Kimiko Barrett is a policy analyst at Headwaters Economics. She says when you buy a home in many states, there are disclosure rules, information the seller has to share with the buyer. More than half of states have rules about disclosing a property's risk of flooding. But for fire, just two Western states - California and Oregon - require any mention of wildfire risk, according to an NPR analysis.

BARRETT: If we've done it with flood, I don't understand why we wouldn't also want to do it with wildfire and similarly with hurricanes. I think the way climate change is impacting all aspects of where and how we live and under what conditions, we're going to have to start to think about all of those climatic hazards in a new way.

SOMMER: Next year, California will require even more wildfire information to be disclosed, like whether a home is complying with rules to clear flammable brush. But that information often comes when someone has already decided to buy a house and is signing the deal. And experts like Alice Hill say that may not be the best time. She worked on disaster planning in the Obama administration.

ALICE HILL: Imagine that you're sitting and buying your first home you're so excited about. You're thinking about measuring the curtains. And someone puts a huge stack of papers in front of you, and in that stack is some very small print. You're just not going to register it at that point. You're too far along.

SOMMER: So some communities are trying something else.

ERIC LOVGREN: Sounds like we're walking through a bed of matchsticks.

SOMMER: Eric Lovgren is walking around a house in Eagle, Colo., with its new owner, Kathryn Eddy. He's looking for all the ways the house is vulnerable to a wildfire.

LOVGREN: Is this cement siding or...

KATHRYN EDDY: It's cement board.

LOVGREN: So cement fiberboard - even better.

SOMMER: Lovgren works for the REALFire program in Eagle County, which provides home inspections for wildfire risk - because a house is at risk even if a fire doesn't burn right up to it. Many are ignited by embers blown far ahead of the fire.

LOVGREN: There's one vulnerable thing that I see, and that is your firewood pile that's underneath that window. And that's a real common thing.

SOMMER: Small things can make a big difference, like cutting back dry brush, cleaning out gutters or making sure attic vents are covered by wire mesh. It's all new to Eddy, who just moved from Tennessee.

EDDY: I looked at the property that I just purchased, and I see a lot of dead trees. And I, you know, want to protect the - help protect the community and my neighborhood.

SOMMER: A lot of new homeowners are referred to the program by real estate agents. Local realtor Mike Budd says talking about fire risk doesn't seem to hurt his sales.

MIKE BUDD: I think it's adding a service, which to me enhances the particular realtor that's offering the service to them.

SOMMER: Still, this is only a voluntary program. Tougher wildfire rules were rejected in 2013 when a Colorado task force recommended that wildfire risk be disclosed in home sales. The state realtor's association successfully fought against it.

BUDD: We were just coming out of the real estate bust, and we had a lot of foreclosures. We felt that what was being recommended wasn't taking those things into consideration.

SOMMER: Several other counties in Colorado are adopting similar voluntary inspection programs. But Lovgren says wildfires need to be on people's minds even when there isn't a crisis.

LOVGREN: The smoke is in the air. The neighboring community's on evacuation. Then people are really paying attention. But it's - how do you keep their attention? That is the trick.

SOMMER: To really reduce fire risk, you need entire neighborhoods to work on it because in a warming climate, the chances of extreme fires are only going up. 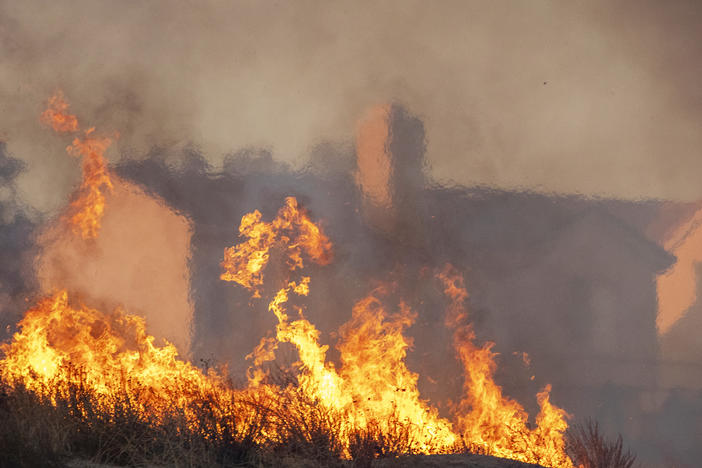 Rebuilding After A Wildfire? Most States Don't Require Fire-Resistant Materials

Homeowners are rebuilding after wildfires, but many won't be required by governments to use fire-resistant materials. Without such improvements, communities face harm again with the next fire. 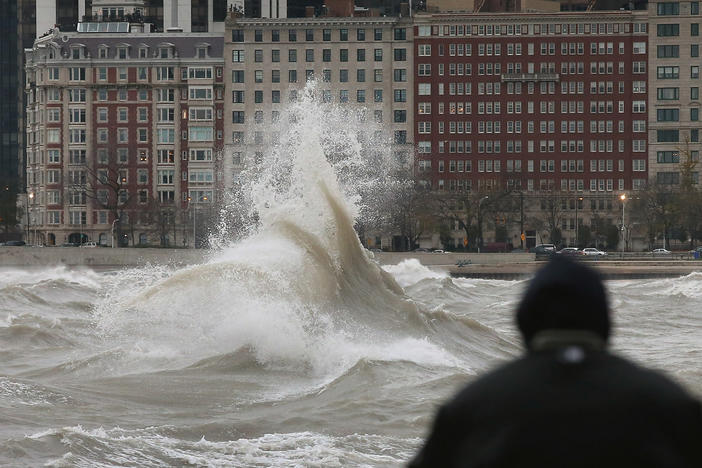 Most Tenants Get No Information About Flooding. It Can Cost Them Dearly

Most landlords are not required to disclose if a property is in a flood plain or has flooded before. That's a big problem in cities where climate change is driving more frequent and severe floods. 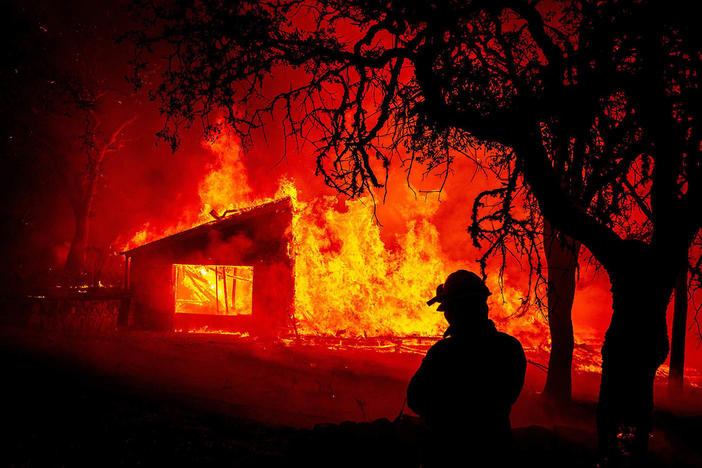 4 Million Acres Have Burned In California. Why That's The Wrong Number To Focus On

Wildfires in California have set a new record, but some fire scientists say focusing on that number is doing more harm than good.