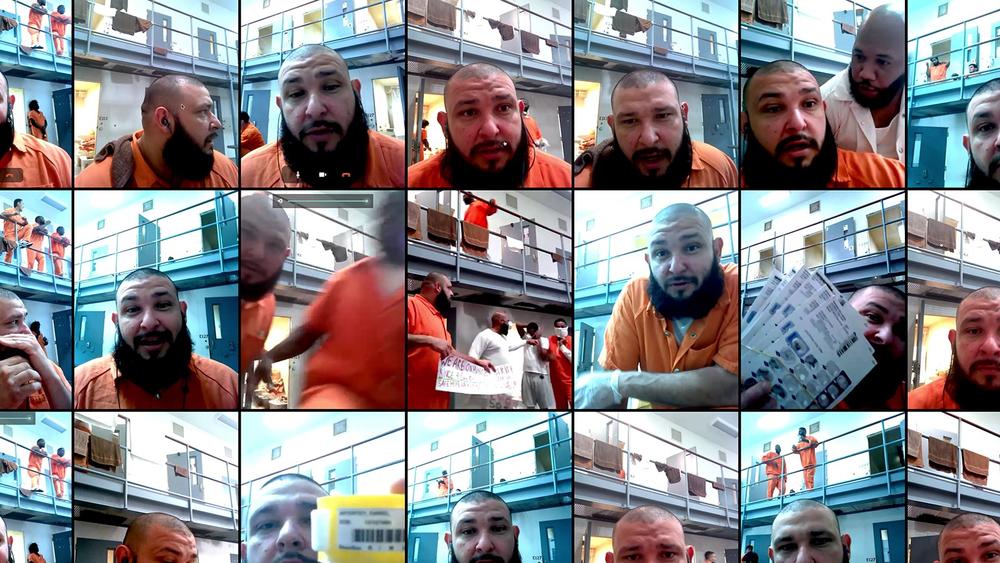 While protests set off by the killing of George Floyd show no signs of letting up, another quieter protest has been stirring at an Immigration and Customs Enforcement facility in Irwin County, Georgia.

There, a group of detainees staged a hunger strike and protest over video chat to raise the alarm over a lack of precautions against the spread of COVID-19 inside the detention center.

Seth Freed Wessler, investigative reporter for Type Investigations, had been speaking with a few of the detainees at the facility for months, and checked back in during the outbreak. He wrote about what he witnessed and how people detained at the facility said they were being "kept in the dark" about the pandemic. His coverage was published in The New York Times Magazine, in partnership with Type Investigations, earlier this month.

"When I first started calling people in March, as I started asking them questions as a reporter, they would stop me and say, 'No, you tell us what's happening. What's happening outside? And what's happening in here? What is going to happen to us?'" Wessler said. "It was just this profound and overwhelming fear of a kind that I've actually not seen before in years of reporting on prisons and immigration detention centers."

Wessler joined On Second Thought to share their story, as he saw it unfold over video chat, and what he discovered through his reporting.

Certain things did change in this facility. There was some additional cleaning, guards had their temperatures checked when they came to work, at least in some cases. But inside of this ICE facility, I could see through this video feed that really very little had changed at all. And I spoke and watched people over these video calls who told me that they'd lost their sense of smell, that they felt acutely sick, but they'd not been tested. And so the scale of the problem in this facility and many ICE facilities for a long time really remained unknown. It was clear to me that people were experiencing symptoms that sure looked like COVID-19 and hadn't been tested for the virus.

The detainees in the Irwin County facility had been trying for weeks to organize themselves, to communicate with one another, to enter into a protest. And finally, there was this sort of moment when a protest exploded in the facility. People went on a hunger strike. They refused food from the kitchen. People refused to go to their dollar-a-day work shifts in the commissary or the kitchen or the laundry room, and were making these sorts of protest videos using the video app that we talked about. And in the midst of this protest, a guard walked into one of the units and she just began to sing a spiritual. And she told the detained women in this particular unit that they should keep up their fight — that she was there with them. It was, for the detained women in that unit, this overwhelming moment of solidarity. It felt that way to them, in a place where they experienced what they described as neglect, really not hearing anything about how to protect themselves or what to do. I think the concerns are shared deeply between people who work in these facilities and the people who are held inside of them.

Just days after these men and women inside of this facility began their protest, an ICE officer arrived at the unit where one of the men I'd been talking to, Nilson Barahona, was held. And at first he and others thought, "Oh, great, we've succeeded. Somebody from ICE, the agency that could decide to release us, has come to talk with us. This is exactly what we wanted." But right away, this officer began to speak to them and he told them, "Nobody in this facility has been infected with the virus and there is nothing that I can do for you." Well, that was a lie. ICE had put information up days earlier on its website that, in fact, somebody had been infected at the facility. The men knew this. Their lawyers and families had told them that there had been an infection. And yet this officer came in and rather cavalierly lied to them. And then when the men pushed back, he began to cast blame on his bosses, saying he wasn't getting any information at all, that the system was broken, and that nothing was working as it should. It was a really striking moment of dishonesty and dysfunction in this agency that I was able to observe just because I was making these regular calls, sort of sitting in on the day-to-day life of people who are held in one of ICE's detention facilities.

On what ICE detention means, and how ICE has discretion on whom it detains or releases

The thing about ICE detention is that people who are held in detention centers for ICE, they're not sent there by a judge. They're not there serving a criminal sentence as a result of some violation of criminal laws. It's a civil immigration hold. And as a result of that, ICE has the discretion to decide who it holds, almost entirely. And in situations like this where there's sort of broad agreement that there's significant risk to detained people of becoming infected, ICE has the discretion, if it so decides, to release nearly anybody that it's holding. Nilson Barahona had lived in Georgia for two decades, mostly in Gwinnett County, Georgia, and he was pulled over one day by local police, charged with a DUI, and that landed him in jail. And then ICE came and picked him up and moved him to an immigration detention center. He's moving through the process of dealing with that criminal case, but ICE is trying to deport him, even though he has a son here, he has a U.S. citizen wife who has petitioned for his green card. Many of these people, ICE could release on parole or on bond and allow them to proceed through their immigration cases from the outside. But increasingly, the agency has decided that it's going to detain anybody it can to try to rapidly deport as many people as it can.

The agency said that it actually identified between 4,000-5,000 additional people who, because of their age or health issues, are at significant risk if they become infected with COVID-19. But as of the last time I heard from ICE, a week ago or so, only 900 people, collectively, [...] had been released from detention. And ICE’s position has been in public and also in court that they call the claims that detained people are at risk speculative. They say that there's no proof that people are at particular risk. In some cases, [they] have even argued that the detainees are safer inside than they are outside. And [they] have articulated what amounts really to a fear that if ICE releases people now, in the pandemic, that it could set, quote, “a precedent in the future for future releases.” So in other words, the claim is that: if we release people now and it sort of becomes clear that they maybe didn't need to be detained in the first place, what does that mean for ICE into the future?

I think in the face of systemic harm — ongoing police brutality, documented failures by ICE to protect the people it detains — there are serious questions being asked by advocates across the country, in different places and who have been focused on different issues, about the shape of our law enforcement institutions. And those are really coming streaming forward on many fronts at this point. And in the case of ICE, it's a relatively new invention. You know, two decades ago, the agency didn't exist at all. And so people are now asking questions about whether the agency itself needs to exist in the shape that it does. 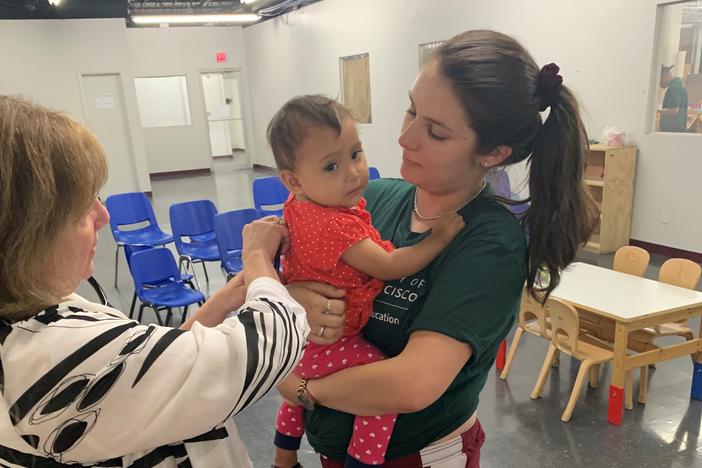