All Symptomatic Georgians Can Now Get Tested For COVID-19, Health Officials Say 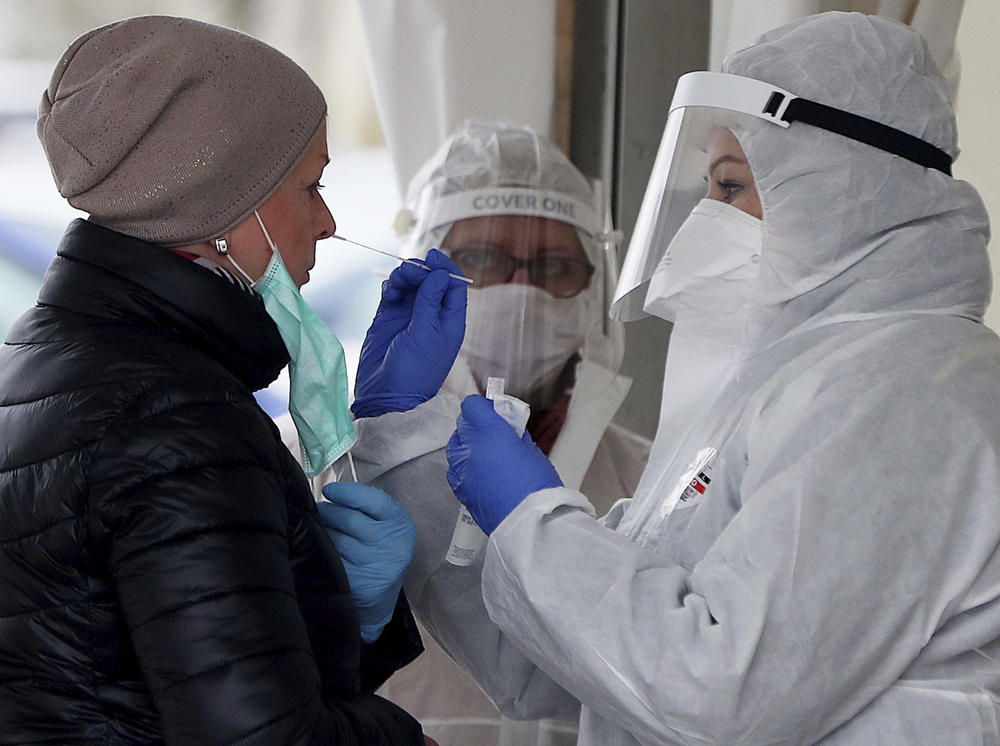 Employee of a private medical firm takes a coronavirus test sample from a health care employee in an action organized in one of Warsaw's districts to help diagnose the spread of the virus, in Warsaw, Poland, Wednesday, April 15, 2020.

Effective immediately, all Georgians can get tested for COVID-19 if they are symptomatic, the state health department said Wednesday.

Gov. Brian Kemp announced expanded testing criteria earlier this week, and criticized the state's lag in testing. Less than 65,000 tests have been performed in Georgia, where more than 10 million people live.

"Despite our partnerships and undeniable progress, our testing numbers in Georgia continue to lag," he said. "We need to be firing on all cylinders to prepare for the days and weeks ahead."

Health care workers, first responders, law enforcement and long-term care facility residents and staff will still be prioritized for testing regardless of whether they are or are not symptomatic, DPH spokeswoman Nancy Nydam said.

At the North Central Health District Centered in Macon, spokesperson Michael Hokanson said they had been trying to get more tests by switching to private testing firms. The new firm is thought to work more quickly than the old. Hokanson also said they have brought the total of testing sites in Macon to four in recent weeks and may add more.

"We can provide testing to referred individuals as long as we have supplies. We are reliant on the state DPH to get us testing kits, and they are reliant on the labs providing testing kits," Hokanson said after the announcement more broad testing. "Right now, we have received more test kits than a usual shipment, but we did not receive the number of kits that we expected to get."

Up until Wednesday, test supplies in the North Central Health District were only considered sufficient for the very sick, those at highest risk or the most essential of workers, at best.

What hasn't changed, for either those with symptoms or those without, is the need to call ahead first and schedule a test. The state has published a list of numbers by region for that purpose.

The Guard will begin testing at 10 different locations across the state on Friday.