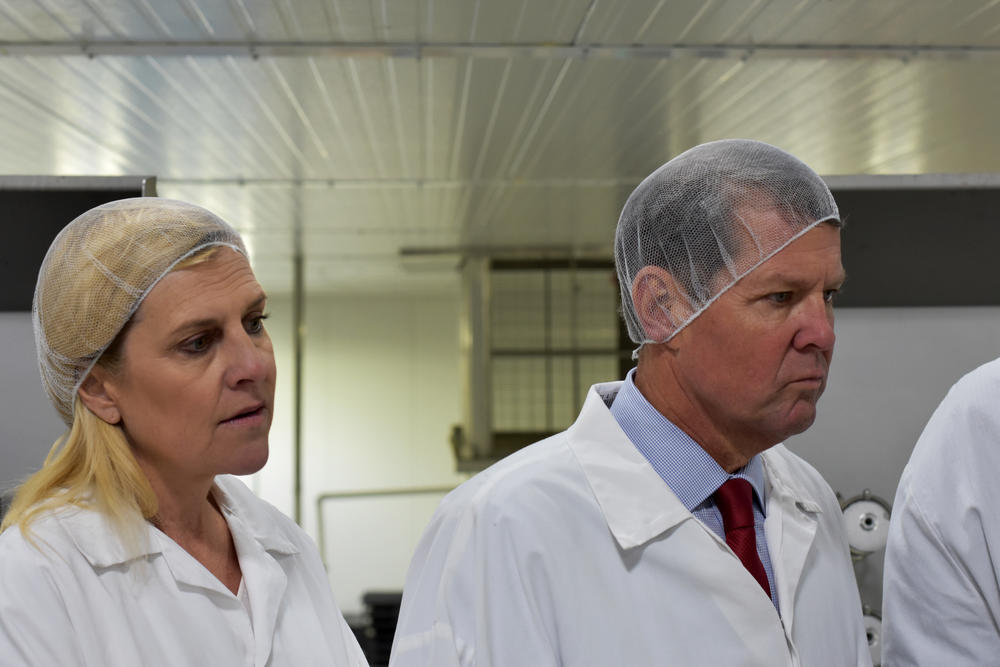 Gov. Brian Kemp and his wife Marty tour the new Claxton Poultry facility in Sylvania, about three hours southeast of Atlanta. Kemp made the visit as part of his "Georgia Made" tour.

It's been about 10 months since Gov. Brian Kemp took office — with a pledge to lift up rural Georgia.

Now, he has launched a Rural Strike Team, designed to boost economic development across the state. And he's embarked on a "Georgia Made" tour to highlight local companies and their successes.

Kemp made one of those stops in southeast Georgia earlier this week for a ribbon-cutting at a chicken processing facility. GPB reporter Stephen Fowler sat down with Georgia's governor to learn more about his plans for the state.