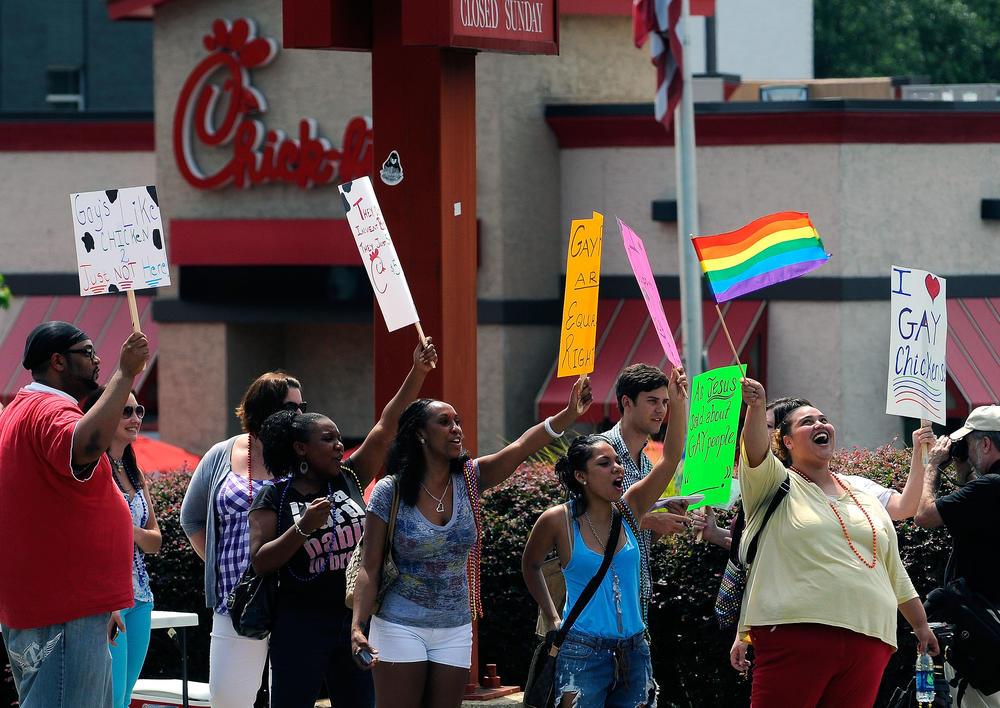 Gay rights groups and others protest and hold a "kiss-in" outside the Decatur, Ga., Chick-fil-A restaurant Friday, Aug. 3, 2012 as a public response to a company official who was quoted as supporting the traditional family unit.

Chick-fil-A announced it will be closing its first U.K. store just eight days after opening. Its landlord in Reading, England announced it will not renew the Atlanta-based company’s lease after pressure from local LGBTQ groups protesting the chain’s record on same-sex marriage rights.

Chick-fil-A is not alone. Nike, Amazon, and SoulCycle are just a handful of other corporations that have become targets of boycotts that spread quickly on social media.

On Second Thought looked into whether corporate boycotts change consumer behavior, or have an effect on a company's bottom line with Kate Taylor, food and beverage writer for Business Insider, and James Hamblin, staff writer for The Atlantic. 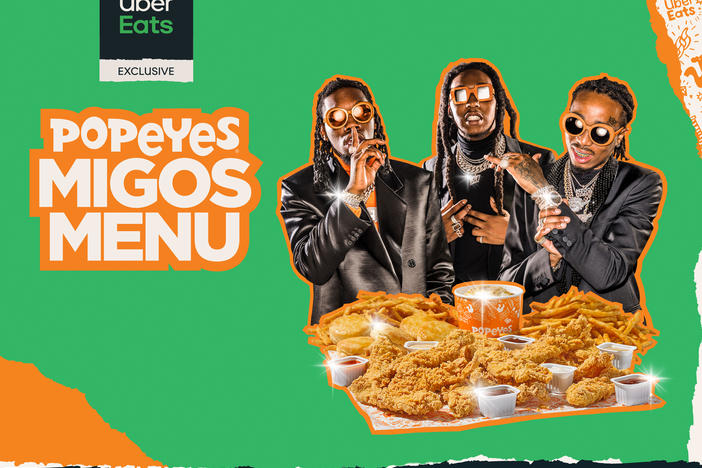 You no doubt took part in, or at least heard about last year's battle between Popeyes and Chick-Fil-A during the so-called "chicken sandwich wars." Well...