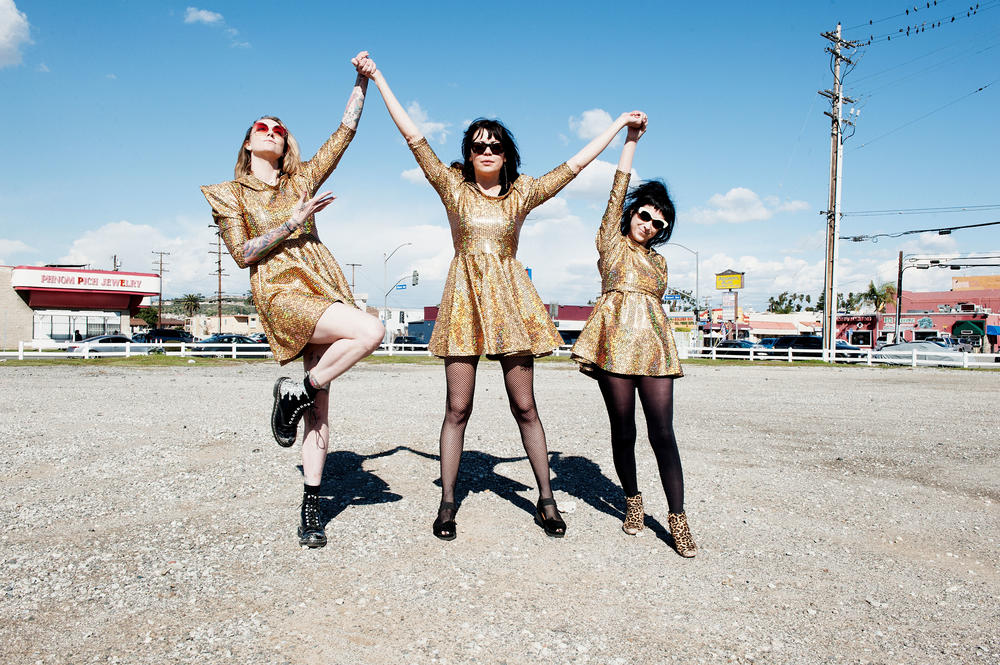 Atlanta locals The Coathangers will perform at this year's Music Midtown festival, Sunday at 1:00 p.m.

Music Midtown begins Saturday! This year, 25 years after it first began, the two-day festival will feature acts like Travis Scott, Cardi B, Lizzo and Vampire Weekend. And on Sunday at 1 p.m., you can catch Atlanta locals, The Coathangers.

First, drummer Stephanie Luke and bassist Meredith Franco, two members of the garage punk trio, joined On Second Thought to talk about how they started playing music together, what it's like being an all-female punk band in the music industry and what "punk" means to them.

On Second Thought host Virginia Prescott speaks with Stephanie Luke and Meredith Franco of The Coathangers.

"Our audience isn't just one genre of people," Luke said. "We try to be all-inclusive. We don't want to be like, 'Oh, well you don't look like this. You shouldn't come to the show.' That's the antithesis of punk!"

The Coathangers will perform at 1 p.m. Sunday at Music Midtown at the Salesforce Stage. Check out their video for the song "Step Back" below.