A tornado whipped through Southeast Alabama Sunday evening along the Georgia border, causing injuries and property damage through both states. Gov. Brian Kemp declared a state of emergency in Grady, Harris and Talbot counties on Monday due to storm damage. The Lee County sheriff said 23 people have died thus far in the Alabama county where the tornado touched down.

GPB's Grant Blankenship joined "On Second Thought" to discuss his reporting on the storm's impact in Georgia. He said affected areas in Georgia are some of the same ones still recovering from Hurricane Michael.

The New York Times, The Wall Street Journal and other media are reporting that the U.S. and China are closer to an agreement on trade. They're citing anonymous sources briefed on the matter.

The Trump administration waived its deadline for imposing additional tariffs on China last week, and talks over the weekend could mean a reduction in tariffs by both countries to pre-dispute levels. The news signals potential relief for many affected Georgia industries. Vivian Yue, associate professor of economics at Emory University, spoke with "On Second Thought" about these U.S. and China trade negotiations and what it could mean for the state's economy. Jeffrey Dorfman, professor of agricultural and applied economics at the University of Georgia, also joined the discussion.

Zimmer stopped by the GPB Savannah bureau to speak with "On Second Thought" host Virginia Prescott about his new solo album, "Saints and Heretics."

When Althea Gibson became the first black woman to play in the Ladies Professional Golf Association in 1963, she defied discriminatory norms. Segregation at golf courses was common, and white men dominated the sport of golf.

Today, 90 percent of golfers are still men, and most of them are white. That can have economic implications for minorities and women since golf courses are known as common places for networking and business deals.

Tiffany Fitzgerald worked in an Atlanta-based corporate office for years and felt left out of business deals, in part, because she didn't know how to golf. That's when she decided to learn the sport, and she began creating opportunites to bring more diversity to green. She founded Black Girls Golf in Atlanta in 2011. The business aims to connect black women who want to learn, practice and play golf. 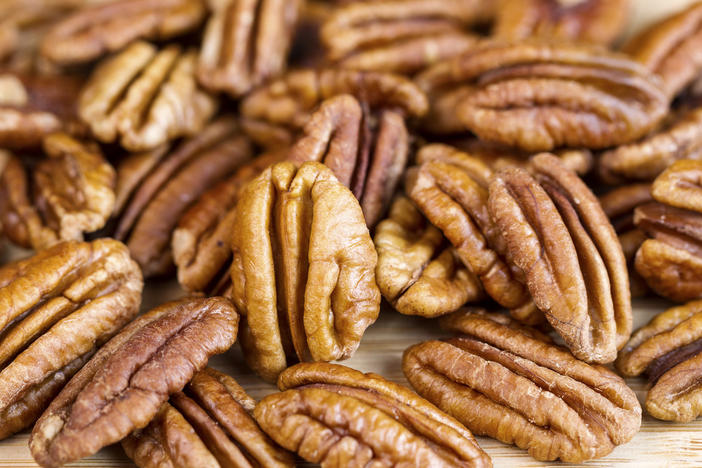 The New York Times, The Wall Street Journal and other media are reporting that the U.S. and China are closer to an agreement on trade. They're citing...