What Would You #AskBigBird At Dragon Con? 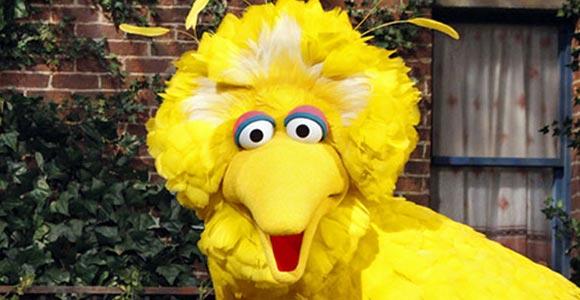 If you could interview Carroll Spinney, the legendary puppeteer behind Sesame Street’s Big Bird, what would you ask him?

Think about it and get back to me. I’ve been invited to attend a media conference with Spinney at Dragon Con next Friday and I’d like your help interviewing him.

What would you #AskBigBird? Submit your questions in the comments section below.

I’ll select the best five questions, bring them to the media conference with me and try to get them in.

Some of the best questions come from viewers and online commenters.

In an Ask Me Anything online interview hosted by Reddit.com, a commenter asked Spinney what was his most meaningful interaction with a child. He recounted the story of reaching out to a cancer stricken five year old boy who was only happy when he saw Big Bird on Sesame Street.

Spinney said he spoke to the child in Big Bird’s voice. After the child hung up, he expressed his gratitude for Big Bird’s call and then died. A poignant, powerful story and we would not have known about it if an online commenter had not asked.

Spinney will be in town Labor Day weekend for Dragon Con, the southeast’s largest sci-fi, fantasy and gaming convention. The puppeteers who play Abby Cadabby (Leslie Carrara-Rudolph) and Oscar the Grouch’s main squeeze, Grundgetta (Pam Arciero) will also be at the conclave.

What questions should I ask Carroll Spinney a.k.a Big Bird? Submit them in the comments section below. The deadline is September 2.