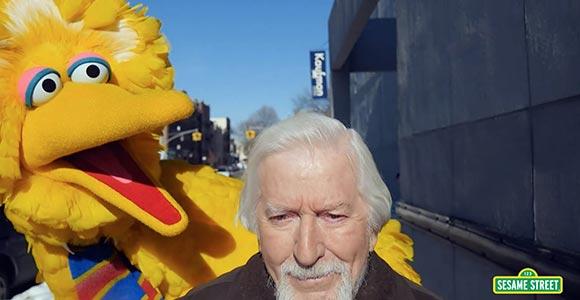 The real Big Bird will be among the cosplayers dressed up as Sesame Street characters at Dragon Con this year.

The convention announced that Sesame Street Big Bird portrayer Carroll Spinney will appear at the event. Spinney also voices Oscar the Grouch. He won’t be alone. Pam Arciero, the voice behind Oscar’s girlfriend, Grundgetta, will also be there. And so will Leslie Carrara-Rudolph, the voice behind lovable fairy Abby Caddaby. (While the puppeteers will be at Dragon Con, the characters will not).

Cheryl Henson, the daughter of the late Jim Henson and president of the Jim Henson Foundation, is additionally coming.

Further details on the specific times and sessions the puppeteers and Henson will appear are to be announced.

Peter Mayhew, known for playing Chewbacca the Wookie in the “Star Wars” movies is also coming, sure to build excitement for the new “Force Awakens” film.

Popular players from comic book TV shows like Stephen Amell and John Barrowman from the CW’s “Arrow” are returning and "Dr. Whos" from the classic series Paul McGann and Sylvester McCoy are also attending.

Here is a current list of the celebrity and author guests.

But at Dragon Con surprise appearances abound. Last year, I appeared on a Brit Track panel with Phyllis Logan. She just happened to be at the convention with her husband actor Kevin McNally and surprised the panel and attendees by joining in because she was asked to. It will be interesting to see which unannounced celebrity pops up at the convention this time around.

The Daily Jog and SciTech Now crew will be at Dragon Con this year! Check our blogs and YouTube channel for full weekend coverage. And submit a question for me to ask Carroll Spinney at his upcoming media conference.

If you're going to Dragon Con this year, let us know who you're excited to see at the convention in the comments below.