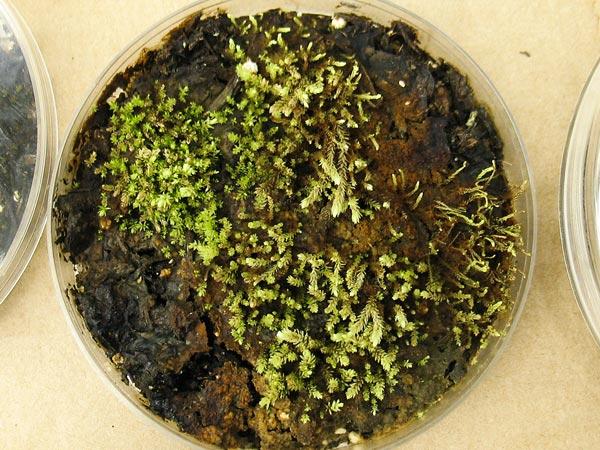 The Polar Ice Caps are Melting! It reads like a frantic sandwich board message, but it’s also been scientifically measured. Global warming has become quite the buzz word (phrase?) over the past few years, causing some to get up in arms in defense of the earth. It’s generally considered a bad thing that the earth is warming up, endangering creatures and their habitats and worsening storm patterns around the globe.

It’s also sort of cool. Stick with me. As the ice melts, we get to see what’s under there! Nerd out! (I don’t want it all to melt, especially since that apparently means my home state would return to sea floor. Pass.) For example, we know that in Siberia mammoth tusks are basically littering the ground as the ice melts. See the National Geographic story and slide show about it. Wild, right? Now you can own a mammoth tusk!

Researchers on a Canadian arctic archipelago have noticed marked glacial retreat, especially rapid since 2004. As the ice moves back, it’s revealing plants whose carbon date backs up to the last mini ice age, 400 years ago. (You can read the abstract from Proceedings from the National Academy of Sciences here.) While exploring the archipelago, scientists noticed vegetation that appeared to be growing out from under a glacier. After investigating back at their labs, they learned that the tiny green things were indeed 400 years old and were regrowing with exposure to sunshine again.

It’s not totally unheard of for plants to wait out bad conditions. Right here in Georgia the Resurrection Fern does the same thing. During dry weather it’s like brown tree fur. One good soaking rain and they’re back as green and luscious as you imagine ferns. You can see the fern beautifully captured in Georgia Outdoors episode Little St. Simons. You’ll get a look at more prehistoric Georgia creatures, too, like horseshoe crabs and alligators.

What else are you hoping the melting ice reveals?