What You May Not Know About Mr. Rogers 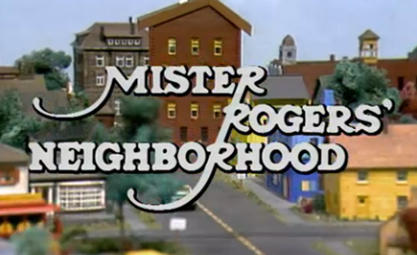 Have you heard the one about how Mr. Rogers wore those sweaters all the time to cover up his tattoos? You know, the tattoos he got while sharp-shooting in the Army. Turns out both of those are wrong. Apparently, Mr. Rogers was as clean-cut in real life as he presented himself to be on his show Mr. Rogers’ Neighborhood.

Those sweaters – the ones that as it turns out were not covering up tattoos -- were worn with intention, though. Did you know that Mr. Rogers’ sweaters were all knit by hand by his mother? As the child of a mother, I can imagine that physically wrapping himself in his mother’s handiwork went a long way to figuratively feeling like his mother was wrapping her arms around him. It would, I think, make one feel uncommonly secure and loved, which is certainly the impression that I got from Mr. Rogers himself when I watched his show as a child.

He effused patience and kindness. I would like to do a study wherein we place electrodes on grown-ups and have them watch a few shows. My theory is that our blood pressure would simmer down and our tolerance for folks would be tempered with the patience Mr. Rogers demonstrated every day in his peaceful demeanor.

Check out this video below hosted by John Green of Mental Floss and see if you wind up loving Mr. Rogers even more at the end of it like I did.

Also, if you like John Green’s style and like having your mind blown by facts as much as we at The Daily Jog do, then you’ll just love his video 50 Common Misconceptions.