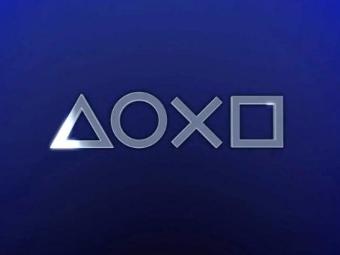 Yesterday (Feb 20th 2013) at 6PM EST Sony held the Playstation Meeting 2013 to "unveil" the Playstation 4. The Playstation 3 was released towards the end of 2006 so last night was kind of like nerd Christmas. Who cares about that though? Lets talk about the new stuff.

Sony delivered a 2 hour info dump last night. Way more information than is reasonable for a single blog post. We know there will be games… so lets talk about specs and services. The big deal from where I stand is that the Playstation 4 will run off an 8 core x86 processor. A good ole fashioned PC processor. This could be a huge deal for Sony. Instead of using a custom architecture as they have for every system in the past, the PS4 is now more like a regular, everyday PC. This approach means that developers used to creating PC games can more readily jump in to PS4 development. A high-end PC video card and 8 gigs of RAM were mentioned as well. The Playstation 3 sported 256megs of RAM so the inclusion of 8 gigs is a huge jump. Local hard drive storage, blue ray drive, 802.11n wireless also all there.

Early in the presentation Sony showed off their new controller, the Dual Shock 4. It is largely the same as the models before it with a couple new things. In the center of the controller is a touch pad that from what I understand is also a button. To the left of the touch pad is a 'share' button. That share button seems to be a fundamental part of Sony's direction for the PS4. A sensor bar, camera, Kinect style device was also shown last night. This device wasn't talked about much, but it does mean those Playstation Move controllers you have collecting dust will be needed again at some point.

All around, the specs are impressive. Essentially the PS4 is a modern PC with a specific purpose. Specs were only a small part of the presentation. In fact, no actual Playstation 4 was shown. The presentation was strictly to talk about features and to demonstrate capabilities.

The PS4 has dedicated hardware for streaming and recording video. Shown last night was a feature where the PS4 is always recording the last few minutes of game play. A tap on the new share button and you will be able to upload and share your gameplay video with the world. You and your friends can also watch live feeds of each other playing, and when you find yourself stuck you can even let your friend take over for you.

Another facet of the PS4's streaming capabilities is the ability to demo any game from the playstation store instantly. It is basically virtual desktop for games. Sony runs the game on their end while your PS4 shows you a video feed and streams over all the button presses. This feature was only discussed in terms of sampling games; however, it is pretty likely that a Netflix style streaming service for games will be part of the PS4 at some point.

The currently ailing Playstation VITA also has a role to play with the services of the PS4. Simply put, Sony would like to have almost all PS4 games compatible with 'remote play'. Remote play streams content from your Playstation 4 to your VITA handheld allowing you to play those big hardware thirsty games in bed on your handheld.

Pricing was not addressed in last night's reveal. There is a pretty good chance that a view of the system itself and how much it costs is a topic for E3 later this year.