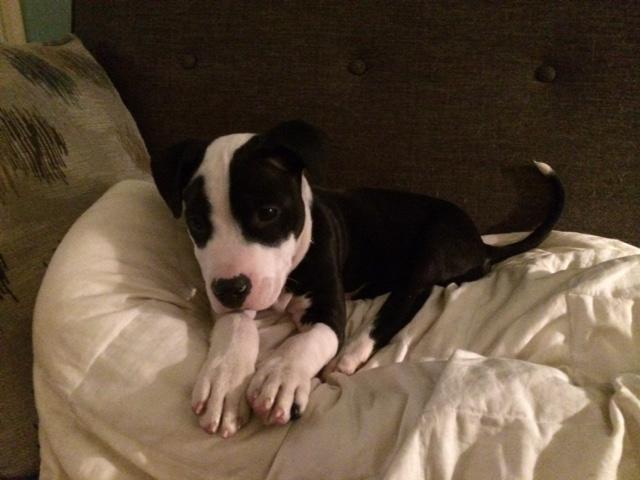 Don't forget to tune in to Two Way Street this weekend. It's all about dogs. First host Bill Nigut chats with author Bronwen Dickey whose book, "Pitbull: The Battle over an American Icon" examines how a once popular American pet became so vilified in our society. Dickey says the idea of Pitbulls as predators is based on myth and misinformation and she backs up her claims with scientific research.

Pitbull waiting for a home at the Macon shelter

The vast majority of dogs euthanized in shelters are often labeled as Pitbulls, meaning they are smooth-coated with a blocky head. I have fostered three so-called Pitbulls and they have all been sweet, cuddly and friendly. Turnip and Thea came to me from Macon-Bibb Animal Welfare and Otis was rescued off the streets. Turnip was picked up as part of an animal cruelty investigation on Christmas Eve. All three of these dogs are now living happily in Maine with families who love and care for them.

Otis relaxing in the yard at his foster home

I have fostered many dogs and I always tell people it's more about temperament than breed. No two dogs are exactly alike and while breed can indicate certain behaviors like herding, aggression is seen in all types of dogs. While my Shih Tzu is friendly to all I know others who are nippy and badly behaved.

Bill Nigut will also interview Melissa Faye Green author of "The Underdogs: Children, Dogs and the Power of Unconditional Love." Green tells the story of Karen Shirk, a woman deemed too handicapped to qualify for a service dog. Shirk ended up founding 4 Paws for Ability , an organization that trains and matches service dogs to children and others.

END_OF_DOCUMENT_TOKEN_TO_BE_REPLACED 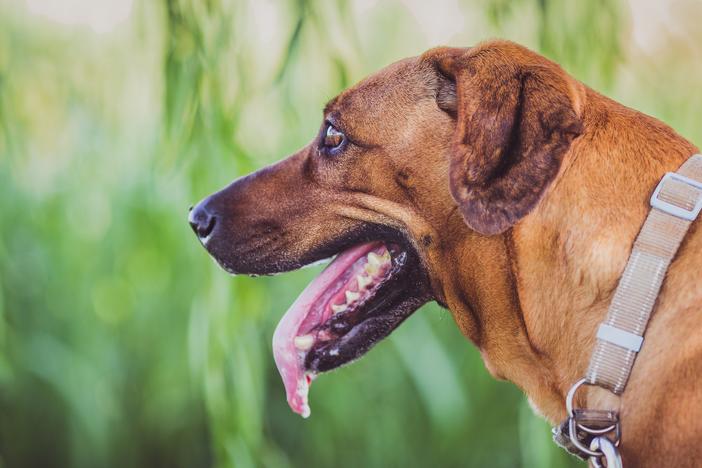 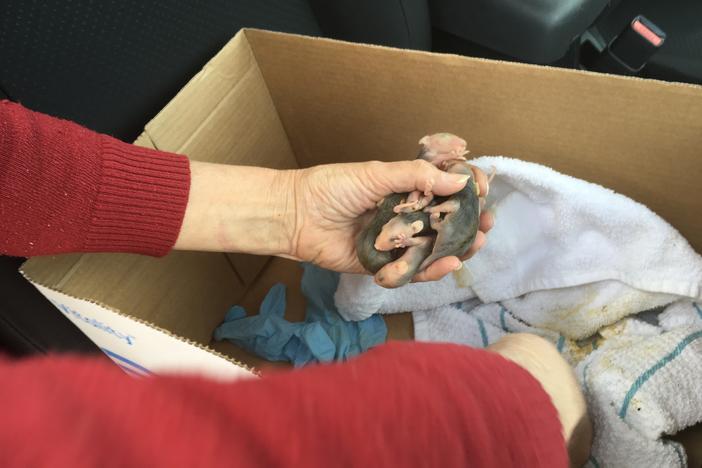 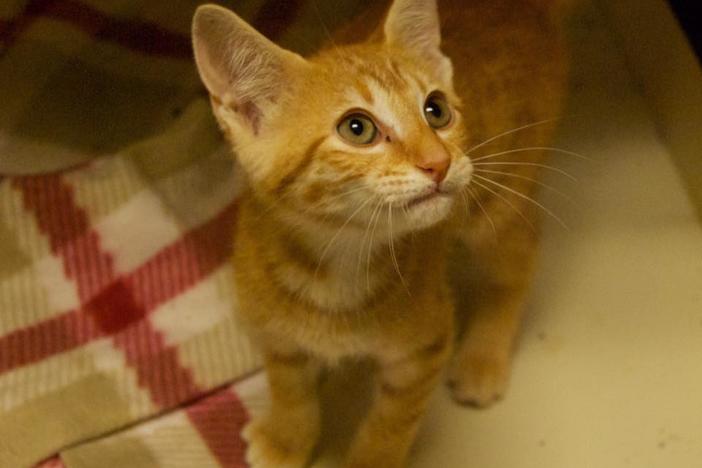