Being Black Is An Extreme Sport 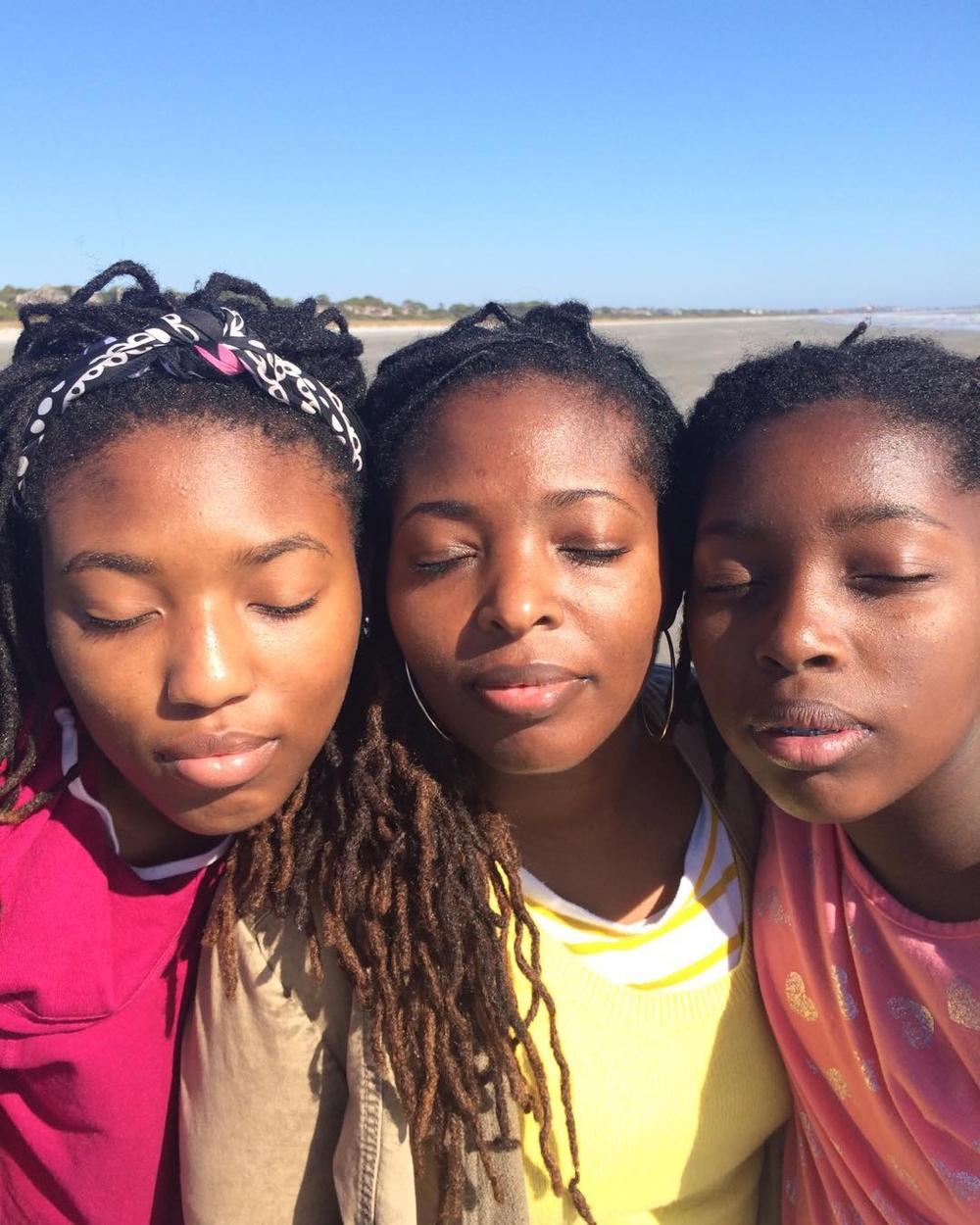 When I decided to start Speakeasy with Denene, I wanted to explore and present to the world the many facets of black life and culture. My mission: to give my people a nod that says, “I see you.” So it’s only fitting that the password for one of the first episodes is BLACK.

Early in my career, I was a political reporter at the New York Daily News, all wet behind the ears, breath smelling like Similac, intent on covering African Americans, when one of my bosses pulled me to the side for a heart-to-heart: “You’re pigeonholing yourself just doing stories about black people,” he insisted. “You’re not going to get anywhere in your career doing that.” 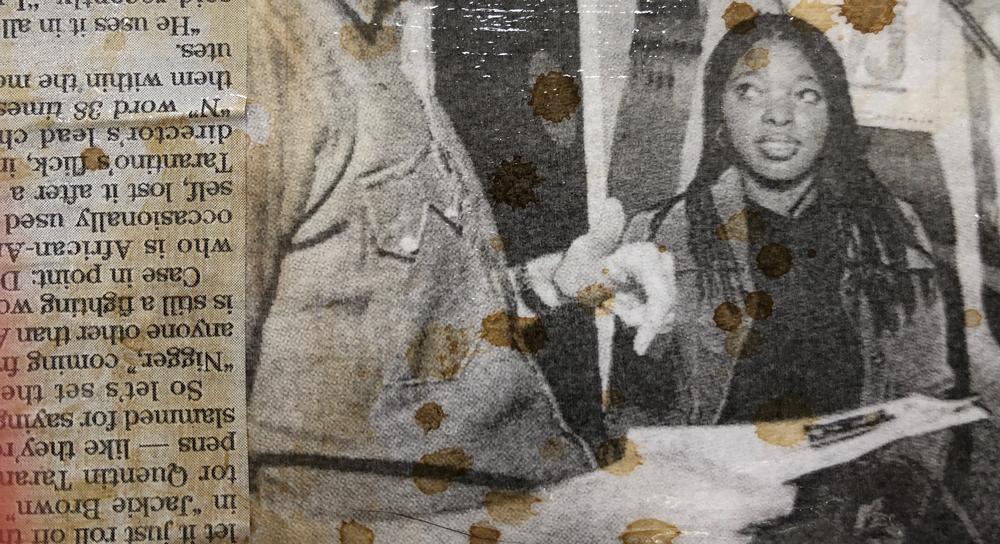 Here I am reporting for the New York Daily News.

To say I was insulted would be the understatement of life. I mean, I grew up in an era when African Americans were way more likely to be seen on television either bouncing basketballs or being paraded in perp walks on the evening news than we were doing something positive; mainstream media got a kick, it seemed, out of displaying black stereotypes in technicolor. The whole reason I became a journalist was to shine a light on the beauty and complexity of us—to write about what I know to be true about my people.

Honestly, I saw no difference between my choice to write about African Americans in politics, in entertainment, in pockets of Brooklyn and Harlem and on the national stage and that of a journalist who chose to cover Wall Street or China. Telling me I wouldn’t prosper in my career as a writer if I continued to cover black people was foul. And I decided in that moment to prove that editor wrong.

I’ve since built quite a career training my lens on black folk. My work as an award-winning journalist, editor, blogger, bestselling author, award-winning children’s book publisher, film producer, TV show host, podcaster and freelancer serve as a testament to this. Focusing on blackness has served me well, from and the people who read and watch my work well, to all the way down to my children.

In the first segment, I invite my babies, Mari and Lila, to talk to me about their blackness—how its shaped the lives of two middle-class African American girls raised by a woman who practically walks through her days with her fist in the air. And let me tell you, it was something else to listen to my daughters make surprising revelations about their blackness—revelations that made me question just how I, as a black parent, poured blackness into my kids. 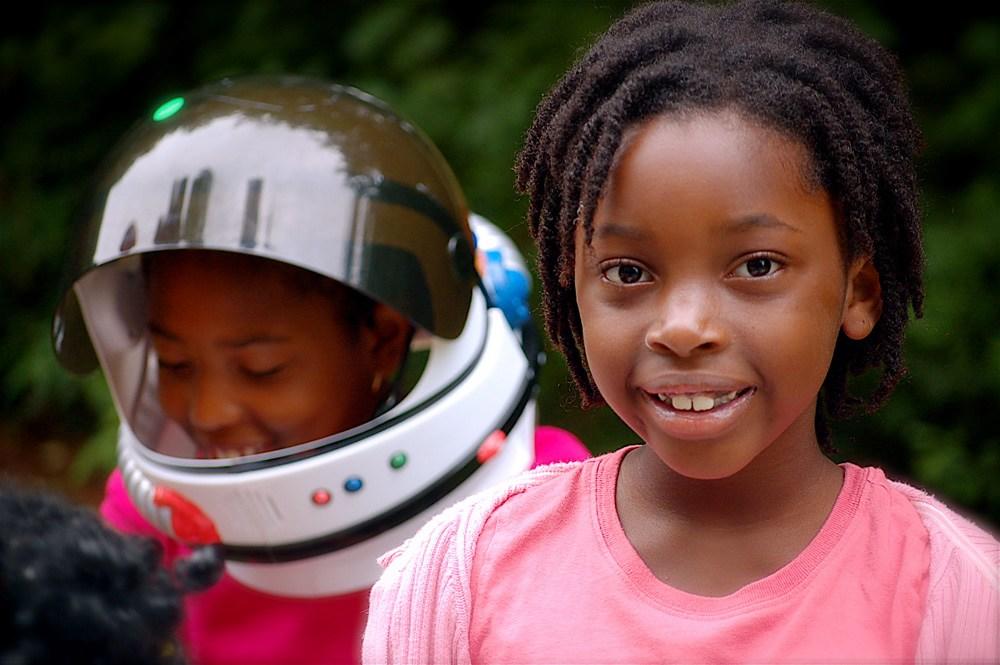 When my girls were kids, I'd hang pictures by black artists, rock them to sleep to the sounds of black singers, and fill their libraries with books by black authors.

In the second segment, one of my fav columnists, Damon Young of VerySmartBrothas.com, joins me to talk about his book, “What Doesn’t Kill You Makes You Blacker,” an incredible, witty, thoughtful, honest, eye-opening exploration of blackness as culture, inspiration, tragedy and sport. His book is brilliant; our conversation is, too, especially as Damon explores how blackness has moved through his life as a man, son, writer and father making a way in a divided America that can turn “living while black” into an extreme sport. Basically, his book is the literal embodiment of that meme, “Being Black is dangerous af, but it’s lit!” 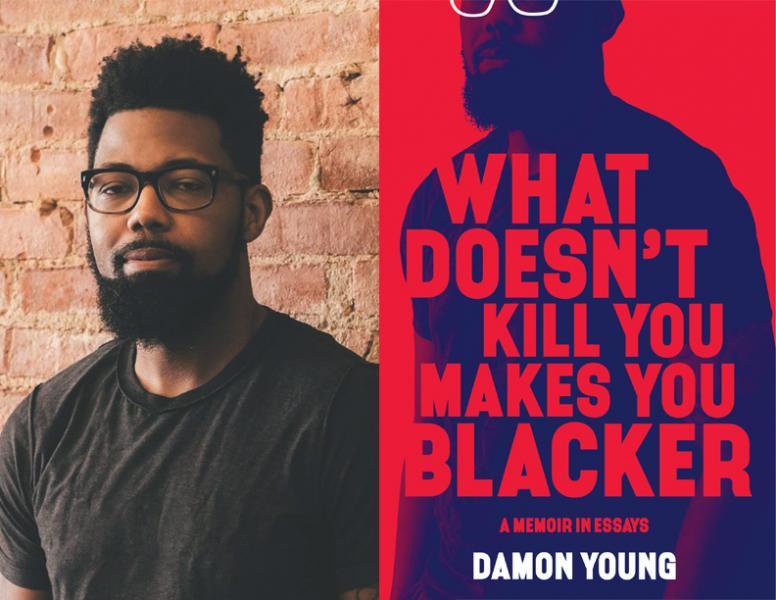 Damon Young, author of the book, “What Doesn’t Kill You Makes You Blacker.”

And finally, it was only fitting to round out this week’s Speakeasy with Denene with a powerful poem by performance artist Theresa tha S.O.N.G.B.I.R.D., the brilliance behind the viral poem, “You So Black.” She performs her gorgeous poem for us and tells me the inspiration behind her celebration of blackness in prose and just where all that passion and blackety-black blackness comes from.

Of course, you know I pulled together the BAE black playlist, with all my fav songs celebrating blackness, of which there are plenty. Black people do love memorializing our culture in song, and I do love exploring the subject in that particular genre.

And if you haven’t listened to the first three episodes—password: LOVE, password: FLY and password: BEAUTY—get to it! If you have already, thank you!

You’ll love the “BLACK” episode every bit as much as the others, if not more. If you haven’t subscribed, now’s a good time. I don’t want you to miss out on all this fabulousness. Seriously. Get to it. It’s free. And it’s vanta black (see what I did there?! Hehe). And available on all podcast platforms, including Stitcher, Spotify, Apple Podcasts and so many more. What more could you ask for?!

Until the next Speakeasy, be easy.