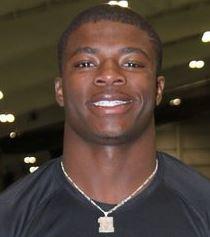 Demetrius Coleman, RB, Callaway: Passed for 191 yards and four touchdowns and rushed for 93 yards in 26-16 win over Callaway.

Zach Holtzclaw, QB, Dawson County: Completed 15 of 25 passes for 218 yards and one touchdown, and rushed for 51 yards and a touchdown in 38-21 win over West Hall.

Travis Hunter, WR/DB, Collins Hill: Caught five passes for 144 yards, two for touchdowns, ran for a touchdown and intercepted a pass in 42-21 win over North Gwinnett.

Amari Jones, QB, Valdosta: Completed 11 of 22 passes for 161 yards and two touchdowns and rushed for 54 yards in 14-0 win over Northside Warner Robins.

Drew Jones, DL, Jones County: Had five tackles, forced a fumble, recovered a fumble and blocked an extra point in 38-35 win over Ola.

Devin McGlockton, WR, Gainesville: Caught 10 passes for 202 yards and one touchdown in 28-14 win over South Forsyth.

Amehre Morrison, RB, River Ridge: Rushed 26 times for 192 yards and one touchdown in 31-7 win over Centennial.

William Robinson, QB, Clarke Central: Completed 16 of 23 passes for 314 yards and two touchdowns and rushed seven times for 124 yards and three touchdowns in 56-21 win over Greenbrier.

Cole Speer, WR/DB, Calhoun: Caught a 49-yard touchdown pass and intercepted two passes, returning one for a touchdown, in 38-0 win over Woodland.