It was another historic season for Georgia high school basketball.

Bringing home their school’s first state championships were the Wheeler County girls in Class A Public, the Woodward Academy boys in Class 4A, the Dutchtown boys in Class 5A, the Chattahoochee boys in Class 6A.

All the championship games were contested at the Macon Coliseum. 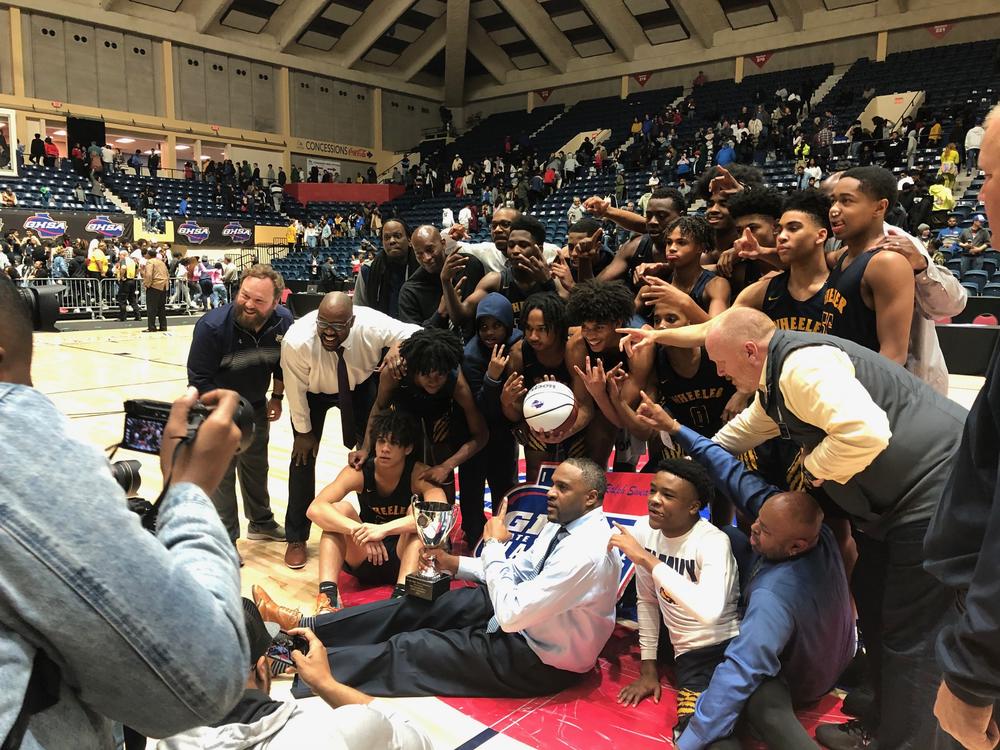 Westlake 72, Collins Hill 53: Raven Johnson and TaNiah Latson each scored 23 points to help the Lions (30-2) claim their third consecutive state championship. Johnson was 8-for-12 from the field, 3-for-3 on 3-pointers, with six rebounds and four assists. Latson was 8-for-14 with three rebounds, three assists and two steals. Collins Hill (31-1) got 16 points and 11 rebounds from Sacha Washington, 13 points and 10 rebounds from Asjah Inniss and 14 points from Eden Sample. Collins Hill shot just 33.9 percent and committed 17 turnovers, leading to 25 points for Westlake. Click here for a box score.

Wheeler 60, Grayson 59: Sam Hines Jr. made a free throw with 1.1 seconds left to give the Wildcats (24-7) the upset win over the Rams, the state’s No. 1 team that was ranked as high as No. 2 in the nation. Hines was 11-for-12 from the field and 6-for-8 from the line, finished with 28 points, nine rebounds and two steals. Maxwell Harris added 10 points. Grayson (30-2) got 18 points from Toneari Lane, 13 points from Caleb Murphy and 11 points and seven assists from Deivon Smith. Click here for a box score.

Chattahoochee 69, Lanier 66 OT: Cameron Sheffield scored 31 points and grabbed eight rebounds to lead the Cougars (24-7) to their first state championship. A.J. White added 22 points for Chattahoochee and was 11-for-12 from the line. The Cougars shot 77.8 percent on free throws, making 21 of 27. Lanier made only 10 of its 26 free throws. Lanier (26-6) was led b Sion James with 27 points and 11 rebounds, Andrew McConnell with 13 points and Iajah Phillips with 12. Click here to see a box score.

Buford 66, Kell 63: Tate Walters had 18 points and five rebounds to help the Wolves (31-1) win their fourth consecutive state championship and their eighth overall. Ashyia Willis scored 13 and Blair Wallis scored 12 – hitting four 3-pointers. Kell (32-1) was led by freshman Crystal Henderson with 26 points, including 4-for-6 on 3-pointers, four rebounds and four assists.  Buford led by seven points with 2:02 left and hung on as Kell missed a chance to tie as the clock expired.  Click here for a box score.

Dutchtown 57, Cedar Shoals 44: The Bulldogs became only the second Henry County school to win a boys championship. Dutchtown (28-4) got 20 points and 12 rebounds from Region 4 Player of the Year Jamaine Mann and 18 points from Cameron Bryant. Cedar Shoals (28-4) was led by Quincy Canty with 17 points, but the Jaguars shot only 36.2 percent from the field.  Click here for a box score.

Americus-Sumter 66, Troup 52: The Panthers didn’t even make the state playoffs last year, but rebounded to finish 29-2 and claim the school’s second title, adding to the one it won in 2016. Americus-Sumter was led by Trinity Jones with 21 points and Jelissa Reese with 19 points and nine rebounds. Troup (27-2) got 15 points from Amber Gilbert and 13 points and 10 rebounds from Aniya Palmer. Click here for a box score.

Pace Academy 48, Jefferson 35: Senior George Adams came off the bench to score nine straight points  -- including a momentum-changing four-point play – to help Pace Academy win its third state championship. The Knights (28-4) were led in scoring by Cole Middleton with 15 points and Matthew Cleveland with 10 points. Madison Durr added nine points and eight rebounds. Jefferson (22-8) was playing in the state championship game for the first time. The Dragons got 11 points and six rebounds from Owen Parker and eight points and seven rebounds from Malaki Starks. Jefferson scored the first nine points of the game and led 20-13 at halftime, but scored only 15 points in the second half. Click here for a box score.

Swainsboro 69, Therrell 65: Fredrick Seabrough scored 18 points and had eight rebounds to help Swainsboro (29-3) win its first state championship since 1996. The Tigers also got 11 points and 10 rebounds from Immanuel Hackett and 10 points from Artis Kingsberry, who produced the steal and basket that gave Swainsboro the lead for good. Therrell (26-7) got 23 points and nine rebounds RaShean Frederick and 16 points from Calvin Miller. Click here for a box score.

Hancock Central 61, Treutlen 58 OT: Jamal Taylor scored the go-ahead basket in the final seconds and secured the win with a steal to give Hancock Central its second state championship. Taylor had 13 points, eight rebounds and four steals for the Bulldogs (28-3). Hancock also got 12 points and eight rebounds from Leroy Wilson and 12 points and seven rebounds from Marquavious Lawrence. Treutlen (30-1) was led by Christopher Foyd with 22 points, but he fouled out midway in the fourth quarter. Cartavious Terry added 13 points and 13 rebounds and Kamron Jordan had eight points and 12 rebounds. Hancock Central won the game despite going 0-fofd-16 on 3-pointers and only 9 of 16 from the line. Click here to see a box score.

Houston County 23, Henry County 22 OT: Dylan Thomas scored his only basket of the game with seconds left in overtime to help the Sharks win their eight straight state championship.  Houston County trailed 17-6 to start the second half but sent the game into overtime on a bucket by Jacquavious West. Orlando Hicks led Houston County with 10 points. Kendrick Newton scored 11 points for Henry County.

Emily Acampora, a sophomore from Harrison, won the inaugural competition. Acampora scored 19 points in the first round and 22 in the second round and beat runner-up Jashiya Jones of Vidalia by 10 points. Americus-Sumter’s Trinity Jones was third and Leah Turner of Griffin finished fourth.

Ja'Queze Kirby of Jeff Davis accumulated the most points through two rounds of dunks to win the inaugural contest. Oliver Gentry of Alcovy was second and Micah Bell of Chapel Hill finished third.

END_OF_DOCUMENT_TOKEN_TO_BE_REPLACED 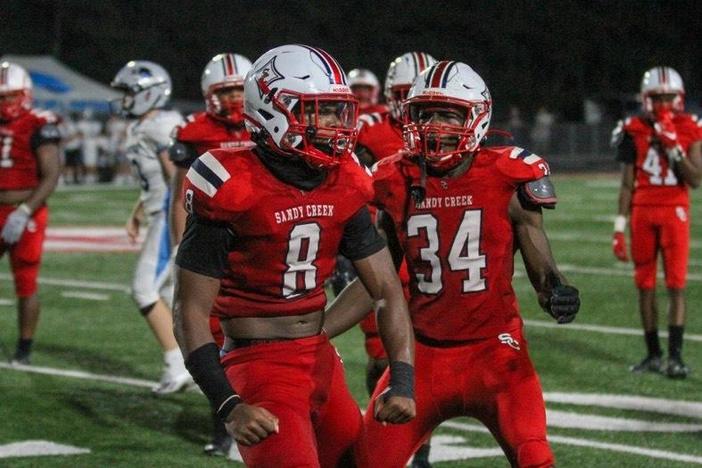