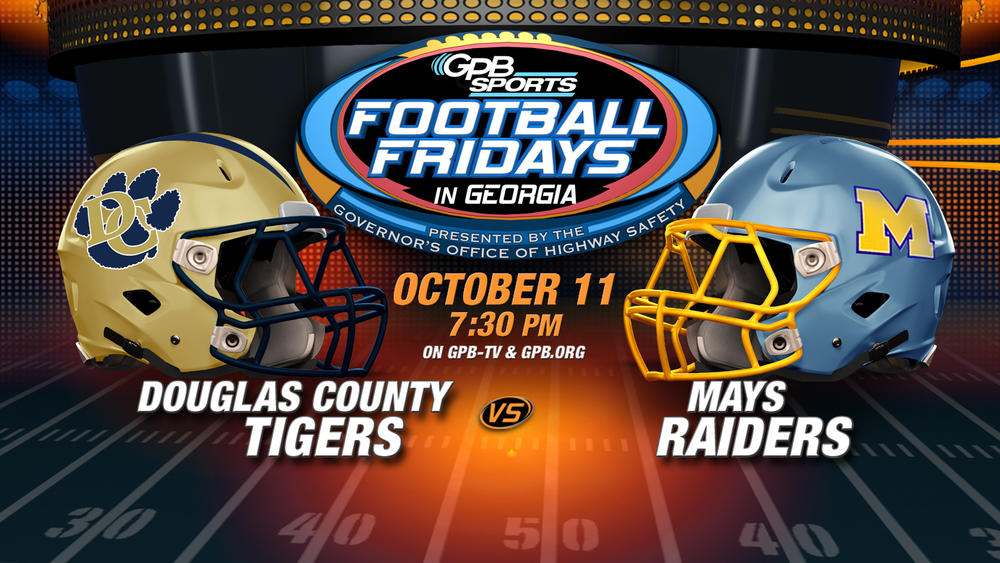 This week’s Football Fridays in Georgia returns to Atlanta’s Lakewood Stadium for a crucial Region 5-6A game between Douglas County and Mays. Kickoff will be 7:30 p.m.

Mays is off to a 4-1 start and is ranked No. 7 in the GPB Rankings. The Raiders have won four in a row since losing the season opener to Class 4A No. 10 Kell in the Corky Kell Kickoff Classic. Mays defeated Tri-Cities 47-6 on Friday.

Mays is coached by Niketa Battle, who has a 32-10 record in his fifth season with the Raiders.

Douglas County is 4-2 after defeating New Manchester 21-7 on Friday. The Tigers lost their season opener to Class 7A No. 7 Hillgrove and dropped a region contest to South Paulding, the co-leader in Region 5.

Douglas County is coached by Johnny White, who is 28-11 in his fourth season at the helm.