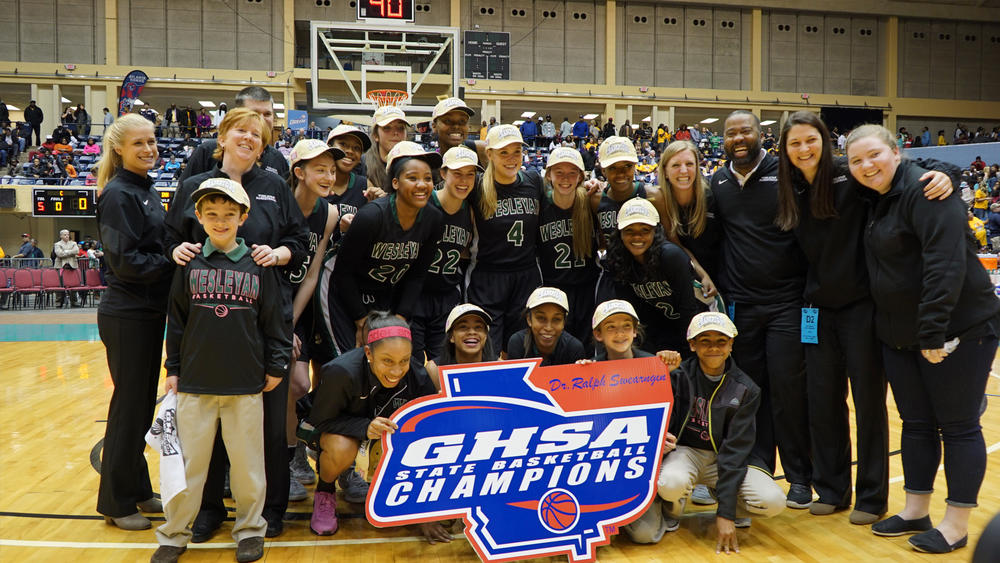 It is going to be a terrific three days of GHSA championship basketball this March 3-4-5 at the Macon Coliseum, and GPB Sports will be there to bring you all the action. There are a ton of story lines going right now. Three teams will try to wrap up picture perfect, undefeated seasons. Two teams have a chance to pull off the Football-Basketball daily double of state titles. One team is going for a 12th state title. Another has its sights on an 8th title, and yet another a 7th title. One of the girl’s teams is going for 4 championships in the last five years in the state’s highest classification. There are big time scorers, bigger shot blockers, ball handling wizards, and defensive standouts. In Class 5A the Lady Bulldogs of Winder-Barrow with a 26-6 record will take on the 26-6 Lady Panthers of S.W. Dekalb a team that has won four state titles since 2008 and once again is loaded with talent. The boys Class 5A game may be the top game of the entire GHSA Finals. On one side you have the unbeaten, 31-0, Allatoona Buccaneers going for the football-basketball championships daily double taking on the 29-2 Wolverines of Miller Grove who are going for their 7th title in the last 8 years. This one will be like a heavyweight title fight and should provide plenty of big time highlights and fireworks. In Class AA, the girl’s game is a rematch of last year’s title game with the Wesleyan Wolves taking on the Golden Bears of Holy Innocents’. Wesleyan won last year, their 11th state title in an incredible 13 year run. But hold on a minute before you crown the Wolves before the game, keep in mind that these two teams have already played three times this year, and Holy Innocents’ has won two out of the three. In the Boys Class AA the Blue Devils of Manchester bring a 25-5 record to the championship game. The Blue Devils won a state title in 2007. They will take on the Knights of Pace Academy who has a 20-9 record and like Allatoona is going for the football-basketball double dip. Remember to follow us on Facebook, Follow us on Twitter and get ready to enjoy the GHSA Championships on the great GPB.