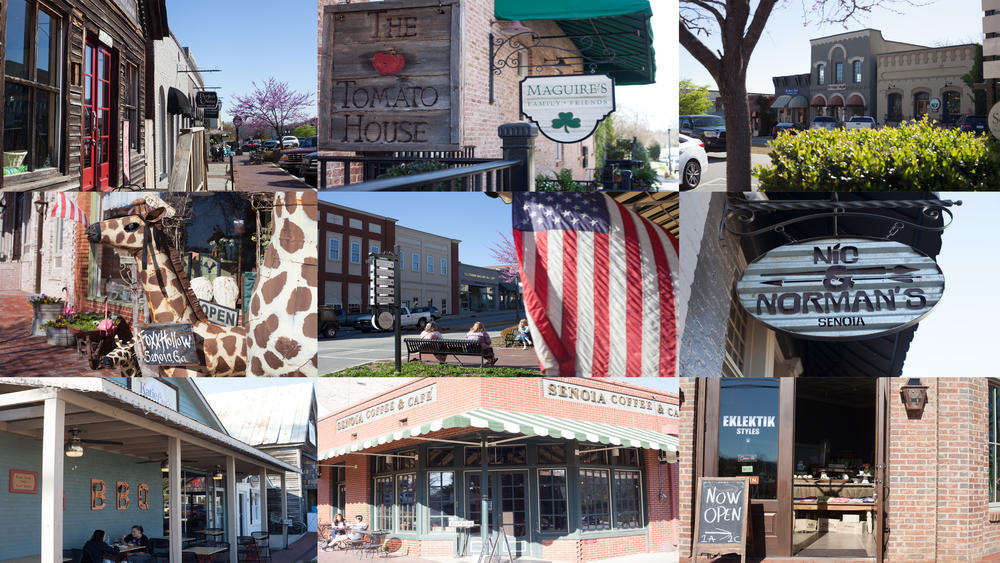 Seemingly every Georgian knows about the Georgia film and entertainment boom, but perhaps no place in the state is as acutely aware of the impact of Georgia’s film and television industry than Senoia, Georgia, home of The Walking Dead.

Senoia—which locals pronounce without the “a” at the end—has become ground zero in Georgia for what the film industry means to the state’s economic development. The area isn’t new to the film industry. Riverwood Studios—now known as Raleigh Studios Atlanta—has been part of the local community since the 1980s, but the city itself never managed to use the occasional movie production to break out of its sleepy town vibe.

The photo below is what downtown Senoia looked like in 1999 compared to what it looks like now. The transformation is breathtaking for anyone—like myself—who grew up in the area. 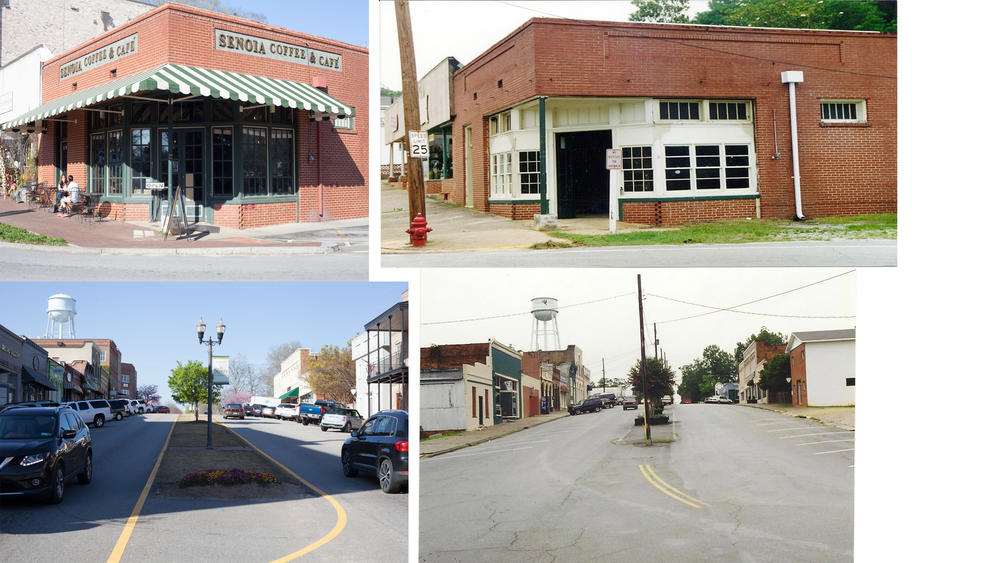 Senoia today (left) and Senoia in 1999 (right, via Suzanne Pengelley)

The impetus for this drastic change was the 2008 incentives package aimed at the film and television industry. No one knows that better than Scott Tigchelaar, president of Raleigh Studios Atlanta, who worked hand-in-hand with a local state senator to get those incentives passed.

Tigchelaar was the first to buy into the downtown after a prominent Senoia family decided to sell some of the space near what was at the time a dilapidated Main Street. He said he initially thought he and his uncle would buy six vacant lots on Main Street itself, but it quickly became 22, putting Tigchelaar, who’s originally from Toronto, into the development business.

The key to that initial sale was the relationships Tigchelaar formed over the years bringing film shoots to the area. The city’s stakeholders trusted Tigchelaar to do right by the city and keep it from losing the quaint downtown because the film industry has always been good to those in the city previously.

“The five families who sold us the (Main Street) properties… God bless them for trusting us to do right by the town and their original vision and what they wanted to preserve and protect,” he said. “Because to just hand that off to any old developer you’d have gotten a strip center and a Dollar Store and they would have cut and run.”

But the sale of the land was just the beginning. What has made Senoia a legitimate destination in Georgia was the film and television industry committing serious dollars to the state. The 2008 incentive package proved to production studios that Georgia was serious about the industry. During the Georgia film boom in the 1980s and early 1990s, a crew base developed in the state, but that base fled after Canada and other states began to incentivize studios.

Since 2008, however, a new, bigger crew base has grown in Georgia and this time it includes all of the ancillary aspects such as prop shops, set builders, caterers, and more. The film and television industry has roots in Georgia, thus creating something sustainable, per Tigchelaar.

In 2015, direct spending on film and television hit $2 billion, according to the Georgia Department of Economic Development. There were more than 85,000 jobs related to the industry, which created $4.2 billion in wages. Senoia itself is home to several producers, actors, set workers, and other film industry professionals. Tigchelaar said many people who used to live out West and commute for shoots decided to move to Georgia—and Senoia specifically—full-time.

“The film workforce has exploded,” Tigchelaar said. “We’re now training people to get into this industry that provides good, skilled jobs. What are we always talking about? We want to bring jobs back; we want to bring manufacturing back. That’s what the film business is. We’re manufacturing a product.”

The Georgia Film Academy was created due to an increased demand for skilled workers in the film industry. There’s currently a waiting list for admissions as Georgians are flocking to programs that prepare them for film work.

There are now more than 65 retail/restaurant spaces on the two-block Main Street district. There were five such spots at the turn of the century. There are currently lofts being built and new retail space is 100 percent pre-leased, Tigchelaar said. There are services in Senoia that had previously been absent, and all of this came about during the Great Recession.

The massive growth has certainly been helped by a constant stream of The Walking Dead fans that take tours, shop in the city, and go back home to tell their friends and family to do likewise.

Senoia Mayor Larry Owens told me there are an equal number of foreign and domestic tourists taking the tours in the city. Legitimate global tourism in Senoia would have been a pipe dream just 10 years ago. The impact of the film industry on Senoia is simply ever-present for its residents.

“The idea was that [the developers] would build a living, breathing movie set in Senoia that could also be used as day-to-day businesses, and that’s worked out well for us,” Owens said. “The movie and television industry has been great for us because it brings people to our town and they see our product.

As for what the town would have been had the film industry not come to Georgia? Tigchelaar has an idea, and it’s not pretty. 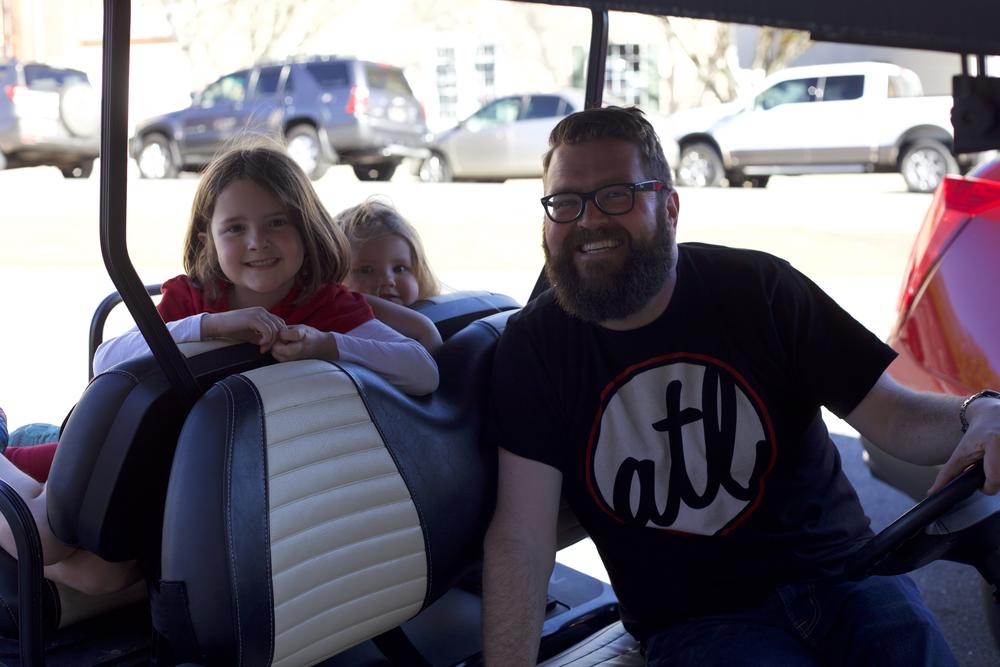 Senoia resident and NBC Sports analyst Rutledge Wood moved to Senoia in 2004. Wood, who’s filmed shows all around the country, said the industry is so entrenched in the state that he feels it’s here to stay. But it’s more than the secondary economic benefits that keep the industry in Georgia. There’s something deeper, too.

“From being in the TV and film industry and shooting so much stuff in California and New York and some other places, the main difference is people here want things to go well, they want to see people flourish, and they have a great pride in the area,” he said. “The South is built on helping people and on handshakes and wanting everyone to succeed no matter where you’re from. People are willing to help for different reasons, and I think that makes this area so special.”

Senoia has always been special, but it was the economic impact of the film industry that brought that realization to light, creating one of Georgia’s unique destinations.

END_OF_DOCUMENT_TOKEN_TO_BE_REPLACED 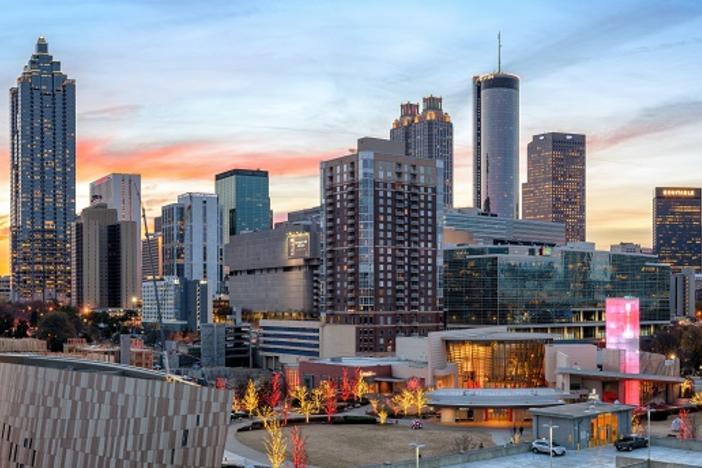 The grant was awarded to the agency by the Technical College System of Georgia and will go to helping Atlanta residents obtain new careers.